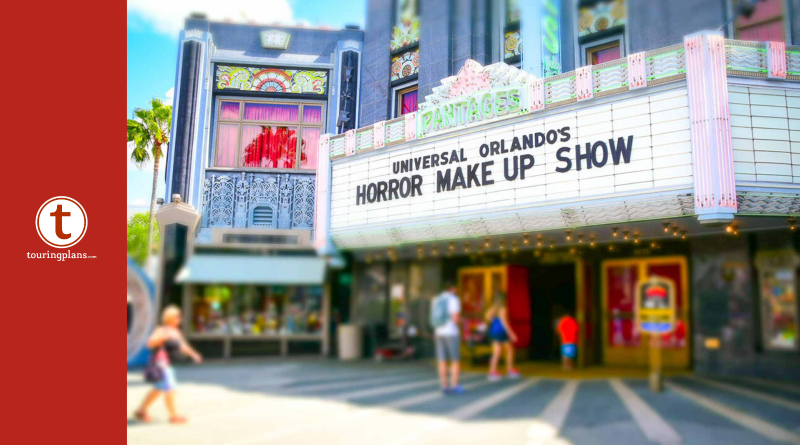 Today in Getting to Know Universal we are covering the ins and outs of Universal Studios Florida’s Horror Make-Up Show. Located in Hollywood across from Mel’s Dine-In, the attraction comedically demonstrates how make-up, prosthetics, and special effects bring movie monsters to life.

Originally titled Phantom of the Opera Horror Make-Up Show the attraction frequently adjusts to adapt recent movie releases such as Jurassic Park III and The Mummy. This show and E.T. Adventure are the only opening day attractions remaining at Universal Studios Florida.

Universal Orlando’s Horror Make-Up Show is a behind-the-scenes comedy show that reveals the tricks and methods used to create Hollywood monsters. Showtimes are set through the day, roughly every hour, and shows last approximately 25 minutes. The show lobby features several exhibits of movie props and effects through the ages, from Dracula to Universal Orlando’s own Halloween Horror Nights.

While Horror is in the title, the show actually revolves around comedy more than gore. The two stars, host “Alex Ross” and special effects master “Mark/Marty James”, give a crash course in digital and practical effects in movies. Diverse topics such as the classic Universal masters of horror, digital effects, practical make-up, fake knives, and animated figures are featured in the show. Through a unique blend of humor, audience interaction, and practical effects, they educate the audience in the warped world of make-up artists. 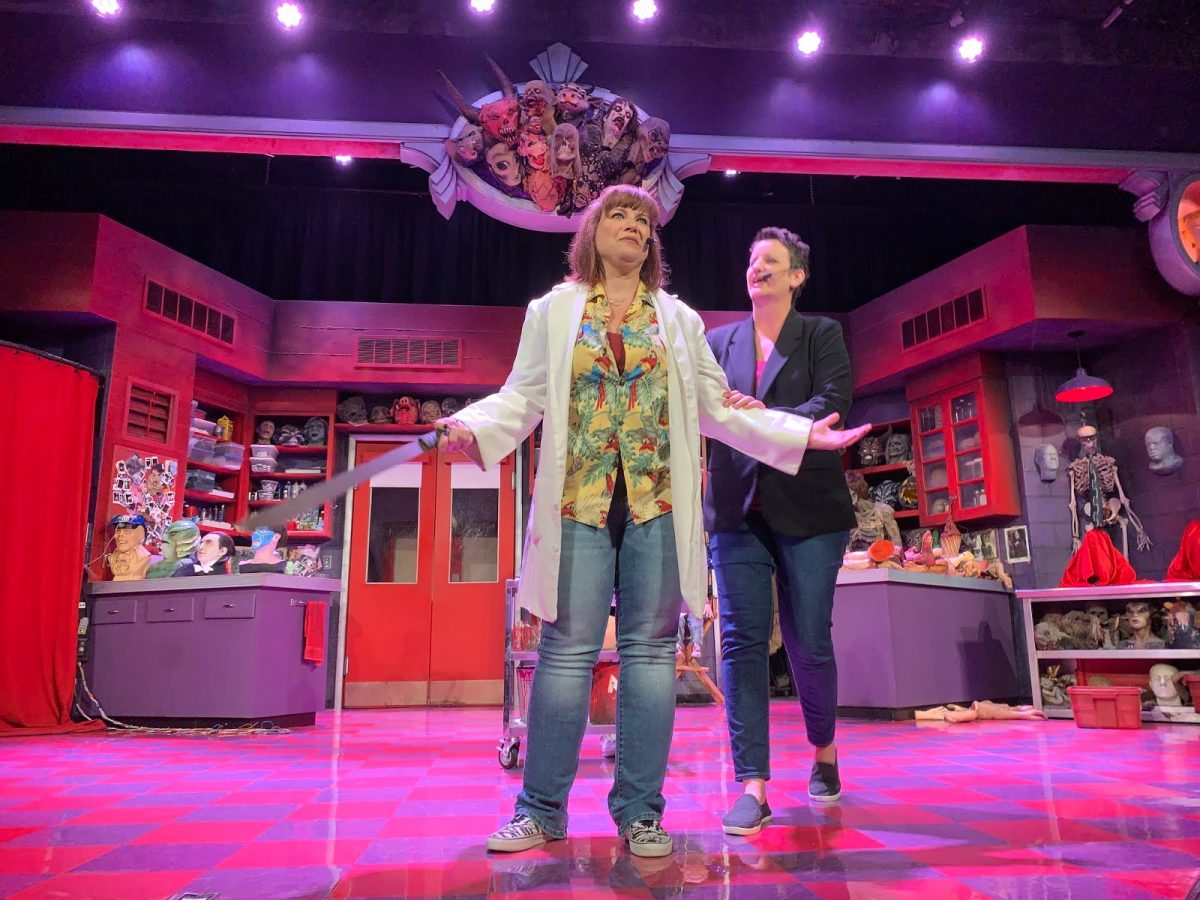 Horror Make-Up Show is a hidden gem at Universal Orlando and is a must-see. Thanks to a loose, always changing script and tons of audience interaction no two shows are ever alike. The show is always a riot and has spawned a massive cult following. In this author’s opinion, no trip to the resort is complete without seeing at least one performance.

Visit Horror Make-Up any time during the day. Showtimes are available online and on the Universal Orlando App. Arrive at least 5 minutes prior to show time, up to 20 minutes on busy days. Horror Make-Up is the perfect show to experience when ride queues are long, there is bad weather, or you just want to sit in air-conditioning for 20 minutes.

Have you visited Horror Make-Up? What do you think of this classic attraction? Let us know in the comments.

One thought on “Getting to Know Universal – Horror Make-Up Show”