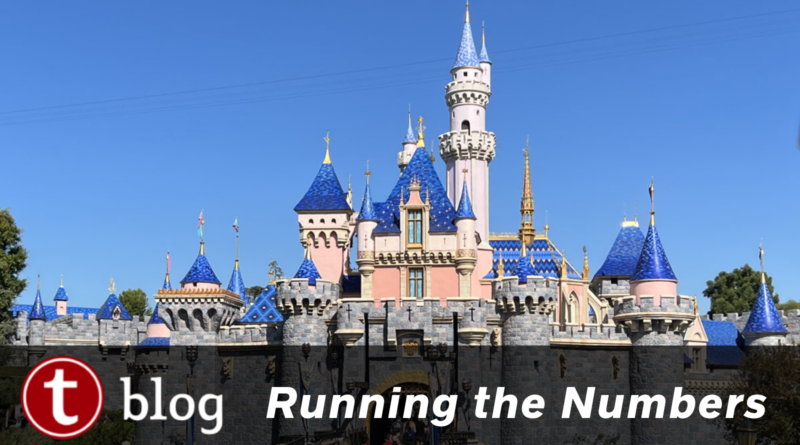 The dates that many Disneyland Magic Key holders have been waiting for has finally arrived! Disney announced the new Magic Key tiers, prices and inclusions/exclusions and blockout dates today. You can find basic data about this information release pretty much anywhere. But here are TouringPlans we love analyzing all of the data and figuring out what this news means from a numbers perspective. 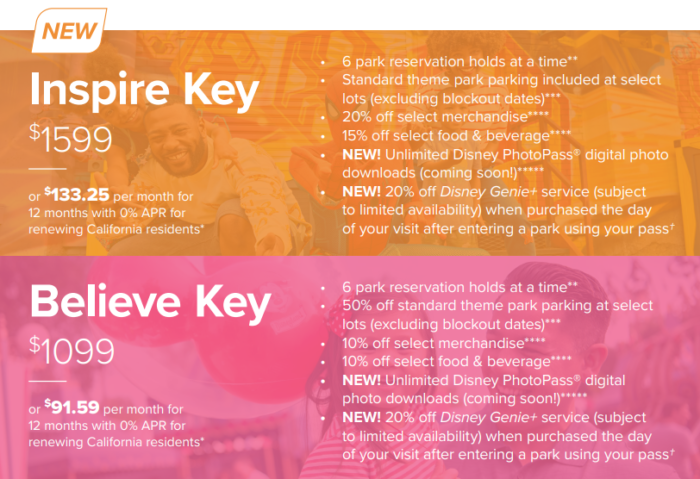 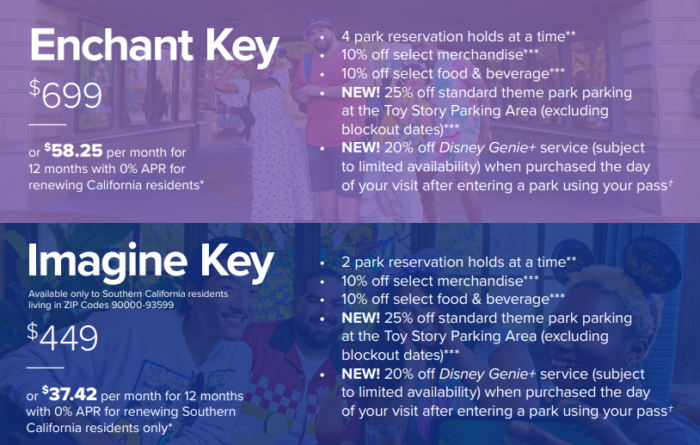 Rule number one: These are Magic Key renewals, not Magic Key sales. You’re only eligible to purchase if you have an existing Magic Key. You have a 30 day window before your Magic Key expires in order to renew to one of the four options. Or, if your pass expired before August 18th, you have until August 31st to renew.

Rule number two: If you want to purchase the Imagine Key (pre-2021 Becky would’ve never guessed that I would have ever typed that combinations of words together – I’m just going to let that sink in for her), you must be a resident of Southern California

Rule number three: Renewals begin on August 18th and will use a virtual queue system. Expect LONG waits, especially on that first day.

Rule number four: No complaining about anything in the comments (I had to try …)

Inspire Key ($1599) – this used to be the Dream Key. It’s more expensive, has blockout dates for the first time, but gets a few new perks.

Believe Key ($1099) – this one is mostly unchanged, with a price increase and a few new perks.

Enchant Key ($699) – again, mostly unchanged, with a price increase and a couple of new perks.

Imagine Key ($449) – Southern California only, with a price increase and a couple of new perks. 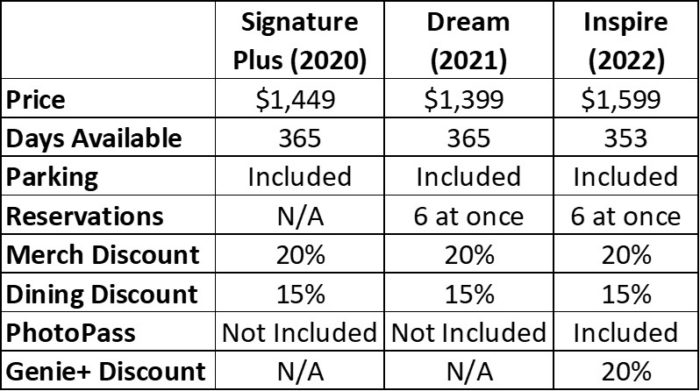 The new top tier of access is significantly different this year, after being mostly unchanged from the AP program to the Dream Magic Key. First, the price has gone up by $200 (14%, more than the rate of inflation). Those who renew at this level will also have blockout dates for the first time – from December 21st through January 1st.

But, they do get two “bonuses” that they haven’t had – PhotoPass and a discount on any daily Genie+ purchases. So if you were at the Dream Key and were purchasing Genie+ during every visit, just the Genie+ discount will make up for the price difference after … fifty visits. Totally reasonable and probably something you were purchasing every time. 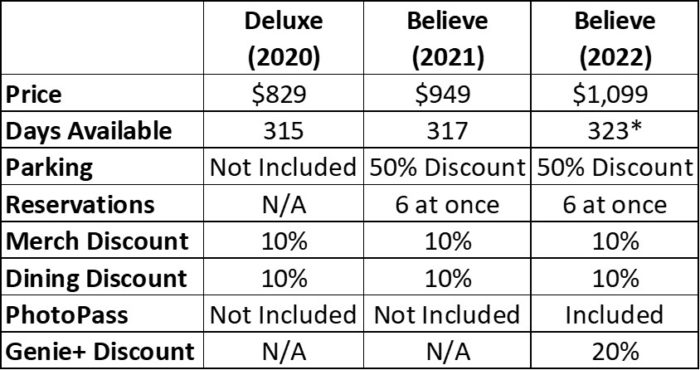 The Believe Key also has some interesting changes this year. At a first glance of the blockout calendar, it appears that this tier may have a few additional days of availability. But it could’ve just been miscounting, or transient changes. And like the Inspire Key, this key now includes PhotoPass and that same daily 20% Genie+ discount.

The price here went up by $150 (16%, again higher than the rate of inflation). But you can “make up” for it by purchasing Genie+ … thirty-eight times. Or something like that.

The Enchant Key is the most interesting value proposition compared to last year. Its price has “only” gone up by $50 (8%, which is less than the rate of inflation), and its availability has stayed mostly the same with a couple of new perks.

First, there is a new potential parking discount for Enchant Key holders. If you’re willing to park in the Toy Story lot, you should get a 25% discount. And, you are eligible for the same 20% daily discount on Genie+ purchases. That means on a daily visit you could save $7.50 on parking and $4 on Genie+. So you’d “pay” for the $50 increase in cost in 5 visits assuming you pay to park and you buy Genie+.

For the cheapest Magic Key, you must be a Southern California resident in order to renew. That shouldn’t be a problem unless you moved since you purchased it last year. Or if you want to “downgrade” from one of the other tiers. The price here also increased by $50, just like the more expensive Enchant Key (12.5%, more than the rate of inflation). But you do once again get the new bonus perks of a potential parking discount and a discount on daily Genie+ purchases.

What are your initial thoughts about the newly-announced Magic Key renewal information? Will you be renewing your pass? Let us know in the comments!