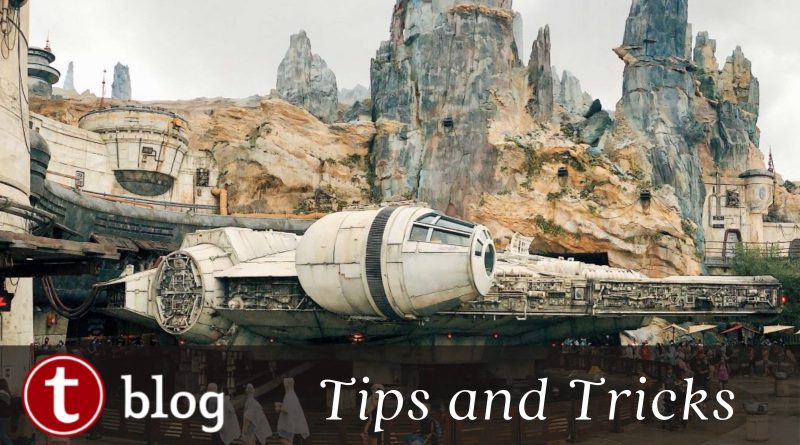 Disney released a new tool a few days ago, MagicMobile, that allows you to load your Walt Disney World theme park ticket into your Wallet on your iPhone or Apple Watch. [If you missed the news earlier this week, check out Rikki’s post on the MagicMobile announcement, Dani’s post on how to load MagicMobile onto your phone, and my post on first day successes and glitches.]

In addition using MagicMobile to enter the theme parks and to access the theme park parking lots, I have now found several more uses of this tool.

For each of these new uses, the first step you must take is using your Apple Wallet to access the QR code associated with your Disney park ticket. This is the exact same process I used to get into the parking lots.

First, open your Apple Wallet. Then tap on the Walt Disney World card in your Wallet. 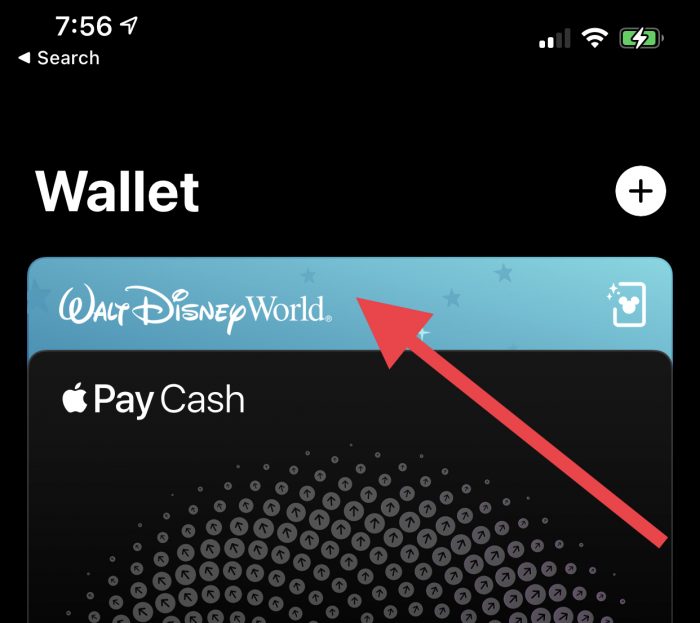 Then tap the circle with the three dots at the top right of your screen. 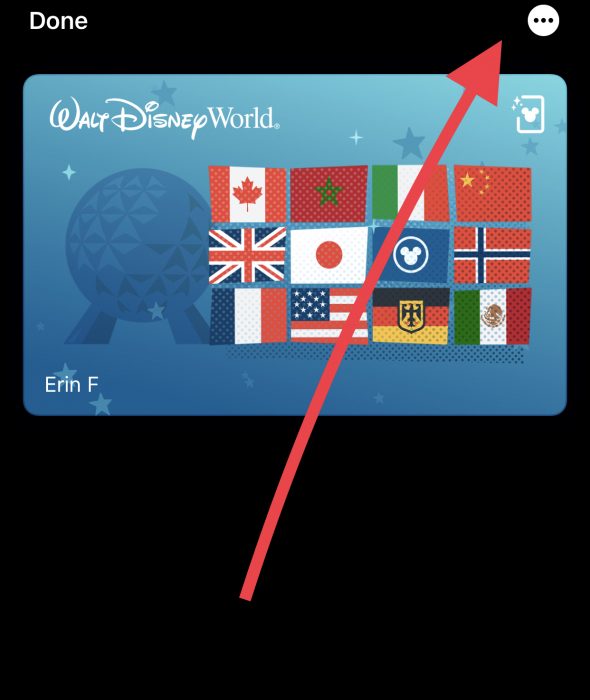 This brings you to a screen with the unique ID and QR code for your admission ticket or annual pass. 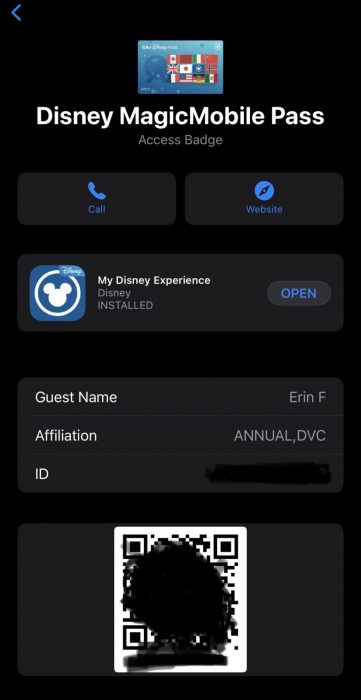 I have now used that QR code on my phone in three additional ways:

At My Resort’s Front Desk

I had a minor problem in my room. When I went to the front desk to inform them of my issue, the cast member there asked to scan my MagicBand to quickly access my room record. I asked him if I could instead use MagicMobile – and indeed I could. A quick scan of the QR code on my phone retrieved my reservation information. (My problem was quickly sorted out.)

To Enter the Rise of the Resistance Return Queue

At 7:00 a.m. I was able to snag a spot in the Virtual Queue for Rise of the Resistance via the My Disney Experience app on my phone (NOT MagicMobile). [Boarding Group 35! Wooooot!]

When my Boarding Group was called and I returned to the attraction, I asked if I could use MagicMobile to enter the return queue. The cast member on site asked me to open the wallet and call up the QR code. Once I did this, she was able to scan it, see that my group had been called, and permit me to enter.

After riding Rise of the Resistance, I went over to the PhotoPass stations near the Millennium Falcon and posed for some shots. I asked the photographer if I could use MagicMobile to link the pictures to my account. Here again, the cast member asked me to bring up the QR code, which she scanned. The photos showed up in my account about two minutes later, just as they would have if I have been using a MagicBand.

From these experiences I learned an additional key piece of information about this new product: The only feature I’ve found that works with Express Mode is theme park entry.

Express Mode is the feature where you just tap your phone and go, without opening the Apple Wallet. I have now used my phone to get into the theme parks a dozen times by just holding my phone near the tapstile for about a second. [You can activate this feature on the QR page. There is a toggle button just below the QR code.] In the Wallet, there is a MagicMobile message that says, “Express Cards work automatically without requiring Face ID or your passcode, and may be available when your iPhone needs to be charged.”

So – you can use MagicMobile to get into a theme park without opening your phone, but for every other feature I’ve found, you have to use Face ID or your code to open your phone (in practice, since you must always be wearing a mask in the parks, you always have to key in your access code), then you must open your Wallet, tap the three dots, and open the QR page. All this presumes that your phone has sufficient charge to make this happen.

The ID number and QR has been the same on my phone every time I’ve used it. Theoretically you could take a screenshot of the QR screen and make it your lock screen image, if you wanted to save a few seconds, though I haven’t tried this yet myself.

Also, information about this new product is still spotty among cast members. I’ve talked to nearly a dozen guest relations CMs, asking what MagicMobile could do. Not one of them mentioned PhotoPass. I only figured this out by speaking with a photographer directly.

Moral of the story: if a task at Disney World involves scanning a MagicBand or park admission card, it couldn’t hurt to ask if that task could be accomplished using MagicMobile.

We’ll keep you posted as we learn more.

What are your thoughts on MagicMobile? Let us know in the comments.