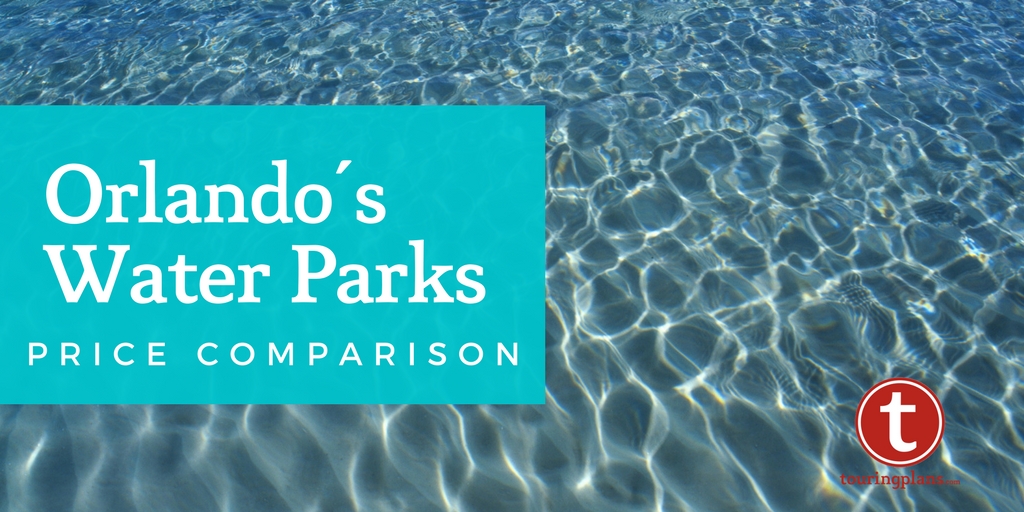 Summer is coming and this year will be unlike any previous year in Orlando because Universal Orlando’s Volcano Bay erupts onto the scene. It’s hard not to call Volcano Bay a water park, because well, that’s what it is, but it is indeed so much more. It is said to have technology and features unlike anything we’ve seen before, especially in Orlando. Still, chances are as you think about planning your Orlando vacation, you’re thinking about Volcano Bay as if it is a water park. Most likely you are trying to decide how to spend the time you’ve allocated for a water park and debating between Volcano Bay, Disney’s water parks, Aquatica, or even Discovery Cove. Without diving too deep into the strenuous detail between all of Orlando’s water parks, let’s take a look at this price comparison. Other options to consider are SeaWorld’s Aquatica, and the best value in all of Orlando in my opinion, SeaWorld’s Discovery Cove.

Aquatica actually has some similarities to Volcano Bay in theming as well as ride types. Most of the water slides are covered at both parks. They are both tropical themed. Aquatica may not have the Tapu Tapu wristband technology of Volcano Bay, they do have a wristband payment system so you can keep your form of payment secured and dry in a locker. Aquatica’s tickets are priced for anyone three years of age or older. There is a $10 price difference when purchased online in advance versus at the gate.

Aquatica pricing, does not include tax

Multi-day 2 park ticket is valid for a total of two (2) visits at any of the following parks: SeaWorld Orlando, Aquatica Orlando, Busch Gardens Tampa Bay, and Adventure Island Tampa Bay. Both visits can be used at the same park, or at any two different parks listed above.

You can also purchase a three day multi-park ticket Valid for a total of three (3) visits at any of the following parks: SeaWorld Orlando, Aquatica Orlando, Busch Gardens Tampa Bay, and Adventure Island Tampa Bay. All three visits can be used at the same park, or at any three different parks listed above. This is only $10 more than the two days. $140 at the gate or $119.99 advance online purchase.

So essentially with the 3 day multi-park ticket if you purchase in advance online it is just about $40 per day. That’s the lowest price compared to Universal and Disney. Yes, SeaWorld’s parks are a different experience than Walt Disney World and Universal Orlando, but if your focus is your budget and getting this most value for your vacation dollar, you may want to consider the SeaWorld parks. Additionally, when you compare Universal’s park to park tickets to Disney’s park hopper tickets, you can see Universal is priced lower. However, keep in mind that Universal is two theme parks and a water theme park whereas Disney has four theme parks and two water parks.

By far the best overall value for an aquatic experience in Orlando is Discovery Cove. This place is paradise. Only 1,000 guests are allowed reservations each day. Everything is included: food, beer, wine, and snorkel gear. The Dolphin experience is an up-charge; I’ve often recommended guests skip this experience and just enjoy everything else Discovery Cove offers.

Each admission to Discovery Cove includes unlimited admission to SeaWorld and Aquatica, SeaWorld’s Waterpark in Orlando for 14 consecutive days around the date of your reservation.

Prices for Discovery Cove including a Dolphin Swim range from $259 – $399 (based of peak vs. non-peak days) whereas without the Dolphin Swim it ranges from $179 – $249. So to recap, you can get a glorious day of swimming, snorkeling, and lying on the beach with all your food and drinks included plus 14 days at SeaWorld and Aquatica for $179 – $249. I’d say that’s an incredible value!

Orlando’s waters parks are a great way to relax and enjoy the sunshine state of mind. The current pricing structure sets Volcano Bay apart from the rest, and that is completely intentional. Volcano Bay is not just a water park, it is billed as a water theme park and there do appear to be amenities and features that make it as such. It is clear that Universal Orlando wants the first guests to enjoy Volcano Bay to be guests spending 3 days of more with them, and if not then day guests will most likely pay a pretty penny.

As more information about Volcano Bay becomes available we will be sure to provide updates. Stay tuned to our blog, Twitter, Facebook, Instagram, and Pinterest pages for coverage of all the exciting things happening this summer.