After sending out the recent post about surprising Animal Kingdom Lodge and All-Star Movies Express Deals in December, I began to see  some even more surprisingly priced deals for Hilton-Orlando Bonnet Creek from early November through the first week in January. (Plus some bonus All-Star Movies deals!)

While not a Disney resort of course, it is a fairly highly rated 4-star hotel with an 8.6 guest rating. It also happens to be one of the neighbor resorts that includes Extra Magic Hours and 60-day FastPass+ bookings.

I have seen deals for the Hilton-Orlando before, but to be honest the whopping $45 resort fee has always pushed me off. (I am not a fan of resort fees as a rule – just include them in the price dagnabit!)

But, when I started seeing a 4-star resort out on Priceline Express for as low as $59, that really got my attention.

The technical term for a 4-star resort at that price is “bonkers.”

Looking at Priceline’s regular deals for Hilton-Orlando I see rates in the $150s and up – so even if you add the $45 resort fee to the various Express Deal prices out, they could save you $85 or more a night!

When identifying any resort, the key factors I use are the star and guest ratings, the location, and the number of reviews. This deal has too many amenities to be a Disney resort, which typically just have the basic three outlined in previous posts (with exceptions.)

Looking at all of the non-Disney resorts in Bonnet Creek, the only 4-star 8-rated resorts are Hilton-Orlando Bonnet Creek and the Wyndham Grand Orlando.

Express Deals round the review numbers down to the nearest hundred, and this one says the resort has 500 reviews. At the time of this post, these possible resorts have 563 and 501 reviews, respectively.

So, how can we tell them apart? Let’s go to a tie-breaker clue: resort fees!

If you head over to Priceline’s page for the Hilton-Orlando Bonnet Creek and run a search for any date, you’ll see this resort has a resort fee of $45.00, which matches the “mandatory fee” shown on the Express Deal’s booking page.

In the past, Priceline has sometimes randomized resort fees on hidden deals, although I haven’t seen it happen in awhile. I have kept track of resort fees amounts for as they appeared on deals and for Hilton-Orlando I’ve seen $25 (last year), $40, and $45 fees – but most often the expected $45.

While no guess is guaranteed, I think it is a very good bet that these deals are Hilton-Orlando Bonnet Creek. Below is a calendar with all of the deals I found – plus a new group of nice and cheap All-Star Movies deals from December 14 to 20. 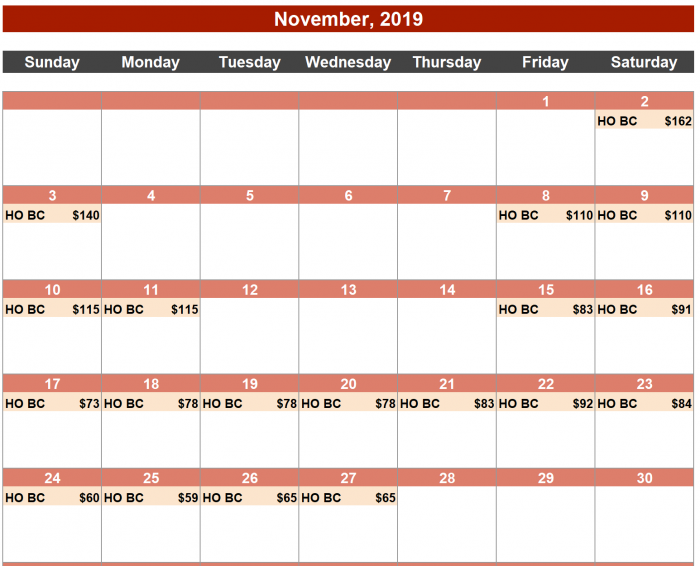 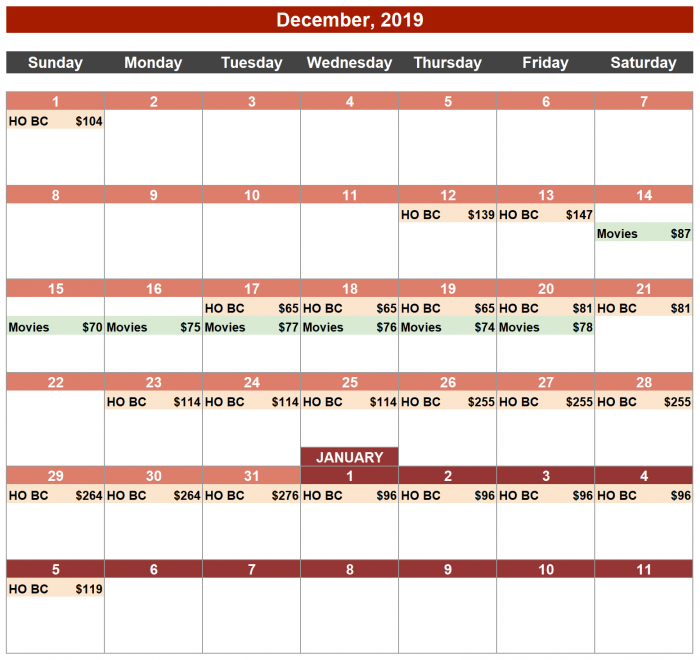 If you are looking for a very nice 4-star resort at rock-bottom prices, I don’t think it gets better than this.

Let us know in the comments if you’ve booked one of these deals!