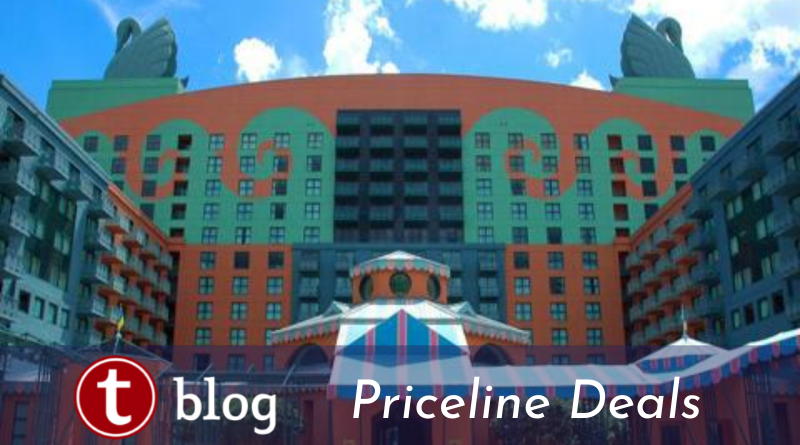 For intrepid travelers looking to take advantage of the quiet parks we’re seeing right now, we have some deals at the Walt Disney World Swan Resort that you’ll want to see!

If you’ve kept an eye on Priceline Express rates for the Swan over the last few years, you’ll know that Express Deals for that resort are often in the low $200s with some decent dips in the mid to high $100s. Plus there was one quick super duper drop of deals (a technical term I am in the process of trademarking) way back in the Fall of 2018 that included $92 rooms for dates all through the Summer and Fall of 2019.

How would you feel about a shiny new group of deals in the very low $100s? Well, feel that way because between now and August 15, the most common Swan rate is $106.

Now, close your eyes. Take a deep cleansing breath. Release deep cleansing breath before you turn blue…. and picture yourself in a Swan room with a $93 nightly rate. Yes, $93! Between August 16 and 30 you’ll find quite a few days with rooms in the $93 to $96 range, with some slightly higher ones thrown in the mix.

While these super low deals don’t run past the end of August, the good news is that Priceline Express still has Swan deals for $122 most of September.

Before you scroll down to check out the calendar of deals (hmm, something else I may need to trademark), here are a few tips and caveats I’d like to add since it has been awhile since I’ve written a Priceline Express report:

Priceline Express deals are NON-refundable, which for some folks these days may be a deal-breaker.

There are no guarantees in life, and Priceline Express can be fickle. The prices shown here may fluctuate by a few dollars and deals for some days may appear and disappear in front of your eyes like a 2:00 PM FastPass for Seven Dwarfs Mine Train.

The Swan is a resort that has an additional daily resort fee – even on the odd occasion it doesn’t appear on an Express Deal, you will have to pay it when checking in. Right now it is around $30 per night.

When checking out Priceline Express deals, it is usually a good practice to see what the rates are for the same resort on regular non-hidden (and usually refundable) Priceline deals as well as the resort’s own site. Also, be sure to compare the all in prices with all taxes and fees included. Sometimes a cheaper hidden deal can lose out to a regular deal with less fees.

For reference, I checked one of the $93 days: regular Priceline had the same room for $111, while the Swan site had it as low as $108 for Bonvoy or AAA members. Importantly: NONE of the sites had these deals as refundable rooms, which I think is unusual. 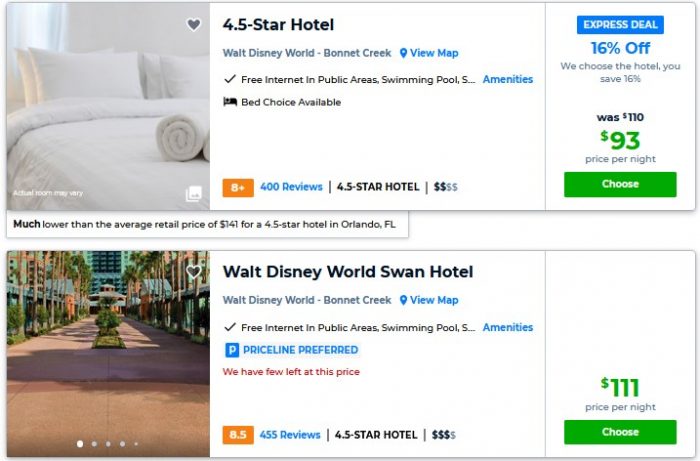 If you are planning a trip in the near future, I wish you all the fun – and I hope the rate calendars below help you find a great deal. 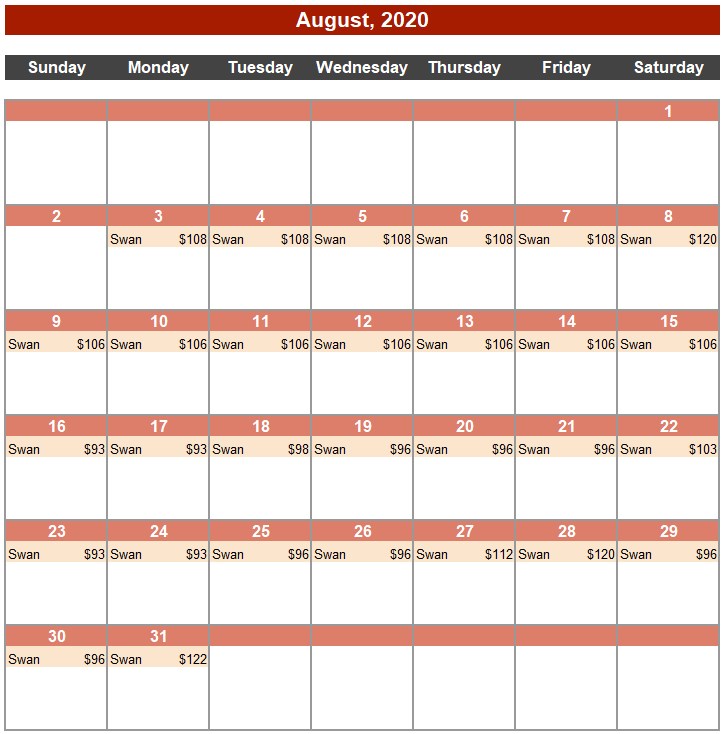 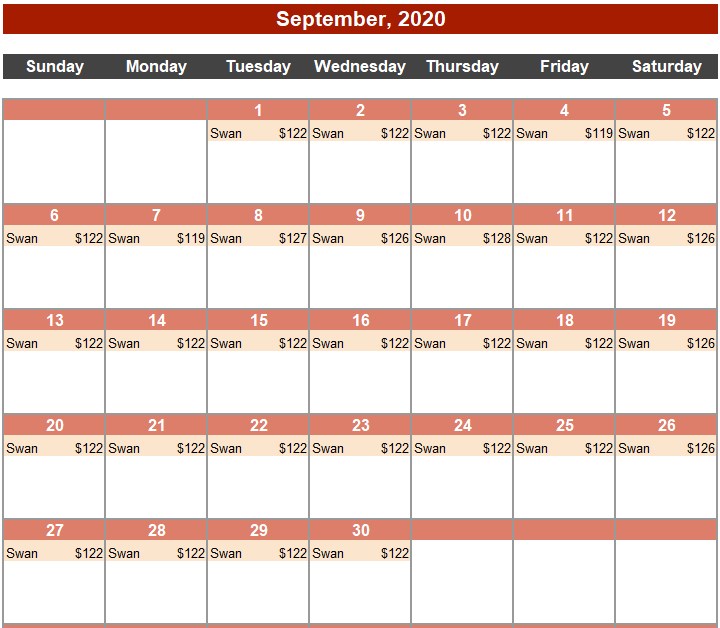 If you catch any of these Swan deals and are excited about it – let us know in the comments!