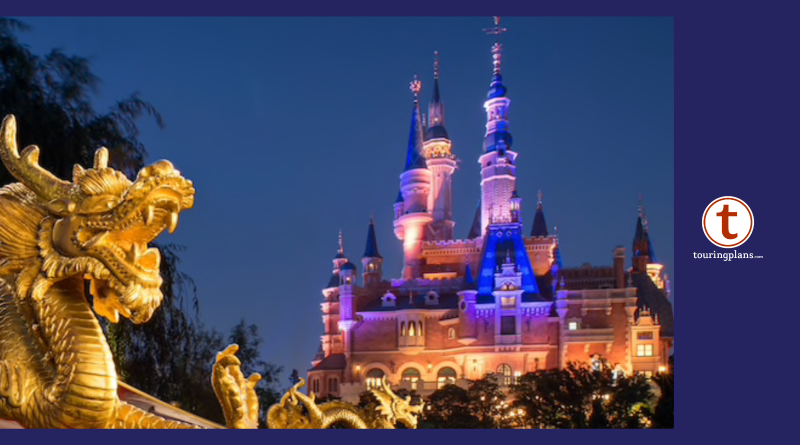 It is now more important than ever for theme park guests to utilize their cell phones while visiting the parks. With theme parks around the word adjusting their operations due to COVID-19, guests are having to adapt how they visit the parks as well. Shanghai Disneyland has launched a new virtual queue system called Standby Pass. This new system may give us some ideas of how visiting the domestic Disney parks may change in reflection of COVID-19 precautions. Let’s dive in to how the Shanghai Disneyland virtual queue system works.

Much like Walt Disney World’s FastPass+ system, visitors must have admission to the parks before being able to using the Disney Standby Pass system.

Virtual Queue is not the same as a FastPass

A Disney Standby Pass, which is a virtual queue, is not the same as having a FastPass. The purpose of the virtual queue is to reduce the amount of physical queue space being occupied by guests, which would make it difficult for social distancing. Disney Standby Passes will be released daily through the Shanghai Disneyland app on an hourly basis.

There are limitations on the amount of Standby Passes released, and they are on a first-come, first-served basis. The last Standby Passes will be distributed approximately two hours before the park closes each day.

Once the Standby Pass window that you’ve selected becomes valid, you must wait the posted wait time in the Standby line. In the first image below, only people with a valid Standby Pass for Seven Dwarfs Mine Train would be allowed into the queue, at which time they would expect to have a 5-minute wait with appropriate social distancing in the queue area. Without a Standby Pass, you would not be permitted to enter the queue.

Must be physically present in the park

Only guests inside the park can open the Shanghai Disneyland app to secure Disney Standby Passes. You must physically in the park, with each member of your party being in the park too. The Standby Passes are available for free with paid admission, unlike the Disney Premier Access (similar to Disneyland’s MaxPass–a paid FastPass system).

Using the Shanghai Disneyland app to acquire a Disney Standby Pass requires you to scan your park ticket’s QR code. You will also need to make sure your party is linked together in the app. The Standby Pass will be issued as an one-hour window. Once you confirm the selection you can go about your day in the park as you await your one-hour window to arrive.

Entering the attraction with a Standby Pass

Once you’ve entered the Standby Entrance you will need to wait the posted wait time; the Standby Pass is not like a FastPass.

The first test of the Disney Standby Pass began at the beginning of June. At the time the only attraction that offered Disney Standby Pass was The Adventures of Winnie The Pooh. Now the test has been expanded to two additional attractions. Seven Dwarfs Mine Train and Disney Color-Fest are now part of the test.

It is especially interesting to see a show, Disney Color-Fest, included in the test. Shows are usually not a good use of a virtual queue system. A shows present a different set of social distancing challenges than rides do. This could be a solution to some of the show-specific challenges with social distancing.