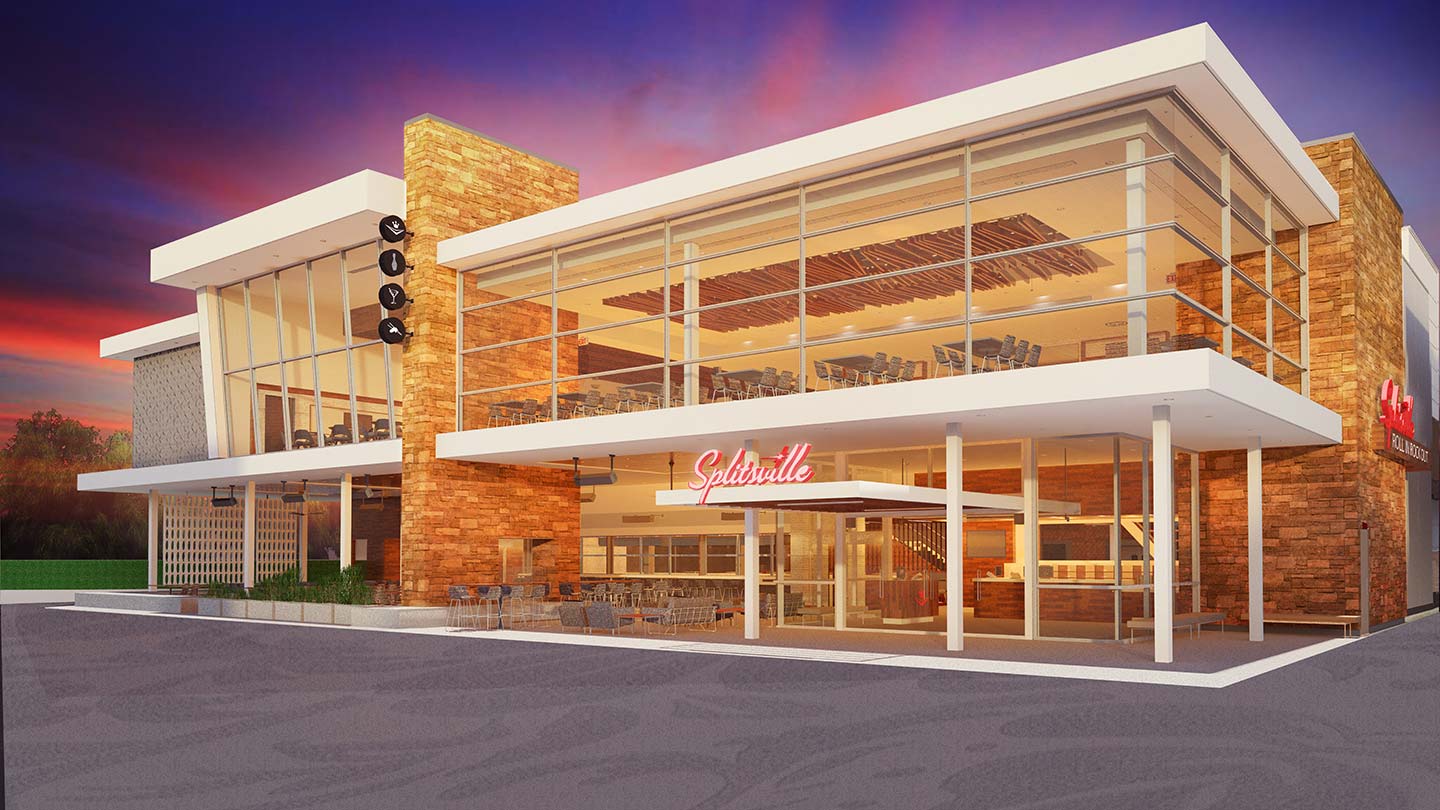 Those of us who frequent the East Coast parks know how fun Splitsville is, and soon, those who visit Disneyland more frequently will be able to experience the bowling and dining complex themselves! Splitsville will be opening at the Downtown Disney District on January 29! Splitsville gives a whole new meaning with bowling, live entertainment and fabulous food. The complex is a spectacular 40,000-square-foot, two-story venue that invites people with its lively, yet comfortable atmosphere for guests of all ages to enjoy. The environment will fuse modern elements with a mid-century vibe. It will featuring floor-to-ceiling windows, an expansive outdoor patio, two state-of-the-art kitchens and 20 bowling lanes interspersed throughout!

The time allotted for each game will depend on how many bowlers are bowling on each lane.

The menu for Splitsville includes bowling alley favorites alongside creative entrees and yummy sushi. Dishes are traditional, but also upscale. Items that will be exclusive to the Downtown Disney District location include:

So, get ready to roll a strike and score big with Splitsville at the Disneyland Resort.