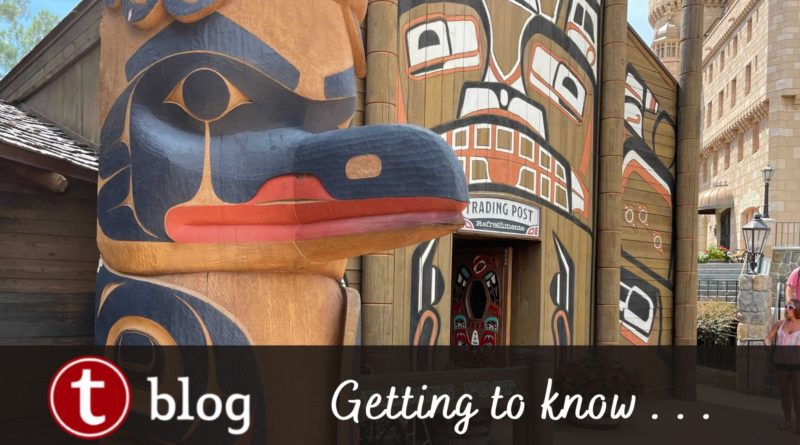 Ever notice that the new attractions at Walt Disney World garner all the attention and get all the press? Think: Rise of the Resistance, Runaway Railroad, Ratatouille (and probably others that don’t begin with “R”). As a result, much of what “historic” WDW has to offer can be overlooked or viewed as “dull” by first-timers – and oft-time visitors, too.

But one of the things that makes WDW unique is the extreme attention to detail the Imagineers have packed into practically every square inch of the place. Nothing is placed by chance; everything has a purpose and a reason for being where it is!

Case in point: the three totem poles in the Canadian Pavilion. 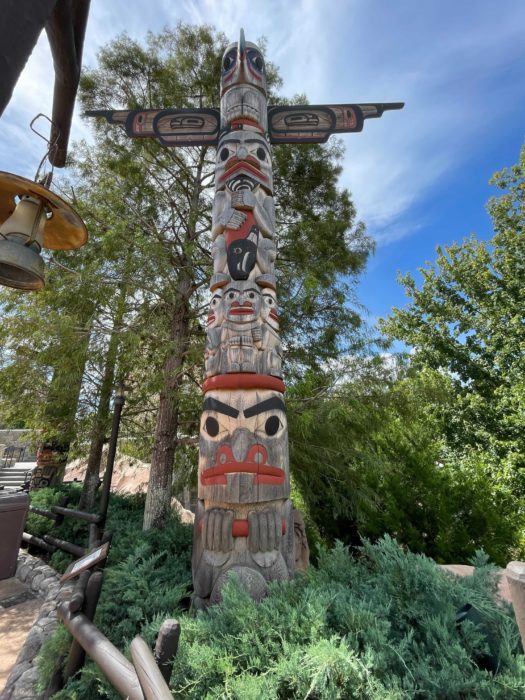 First, what exactly is a Totem Pole?

According to the folks at the Indigenous Foundations website, totem poles are monuments created by First Nations of the Pacific Northwest to represent and commemorate ancestry, histories, people, or events. They’re typically created out of Western red cedar, a rot-resistant, straight-grained tree (which makes it easier to carve). Before a tree is harvested for a totem pole, many coastal First Nations communities will perform a ceremony of gratitude and respect in honor of the tree. It’s worth noting that totem poles don’t necessarily tell a story so much as document stories and histories familiar to community members. 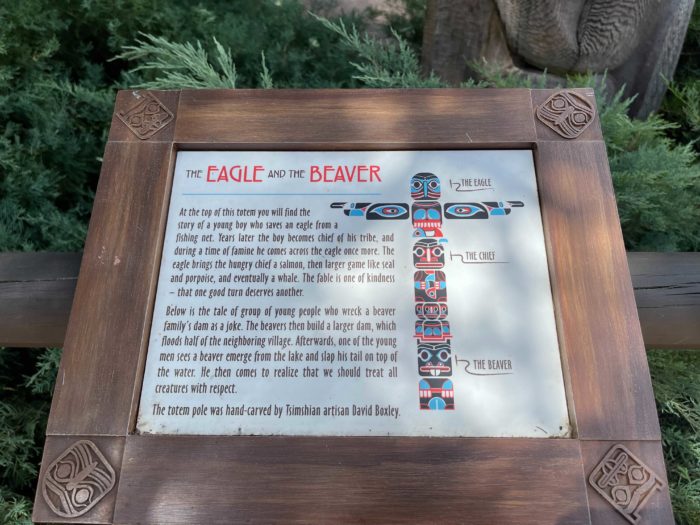 There are three poles in the Canadian Pavilion, each representing different stories

The native village façade in the pavilion has three Totem Poles. When it first opened, the original totem poles were made of fiberglass and designed by Disney Imagineering. Their intent was to capture the spirit of all the indigenous peoples of the Northwest; more specifically, the First Nations people of Canada.

In 1998, sixteen years after the opening, Disney thought it was high time to replace the totem poles with truly authentic works of art. After searching, David Boxley, a Tsimshian artist, was selected for the task. 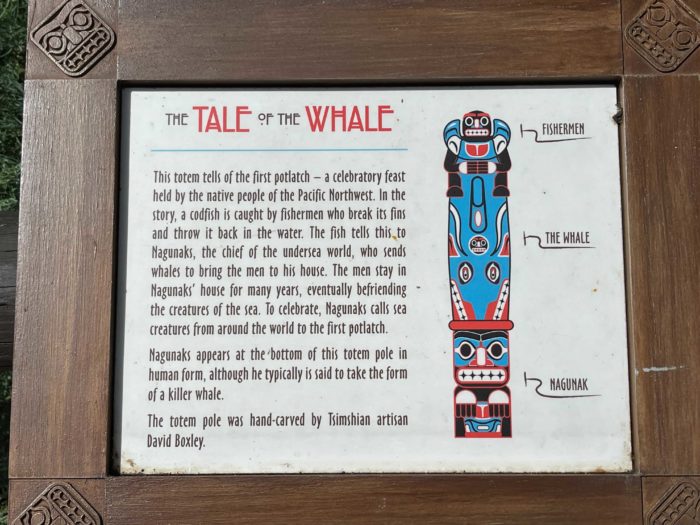 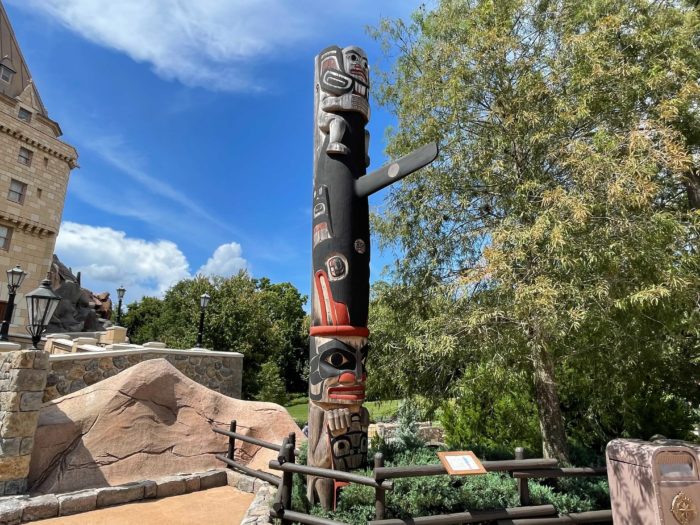 Mr. Boxley talked about his involvement in a 2017 interview

He recalled going to Orlando to meet with the Imagineers. He was told their hope was to find a qualified carver who could also to visitors while working. After he was chosen, he selected a 30-foot, old growth cedar log from the Olympic Peninsula in Washington state which was shipped to Florida. Meanwhile, Disney built a covered carving “shed” for him to work in next to the Canada Pavilion. During the time he was there carving, thousands of guests stopped to watch, talk, and ask about his work and the work in progress.

What stories do the totem poles represent?

The first pole to be replaced tells an ancient story shared by Pacific Northwestern tribes, in which the Raven steals light from the Sky Chief and gives it to humanity.

The Eagle Totem Pole represents one of Mr. Boxley’s favorite tales, in which a boy finds an eagle caught in a net on a beach and frees it. Years later, when the boy’s tribe is struggling with hunger, he walks on the same beach and finds the eagle waiting for him there with food, paying back his kindness. The bottom of this totem pole symbolizes the story of how a family of beavers taught a human family the importance of treating all creatures – human and animal – with respect. 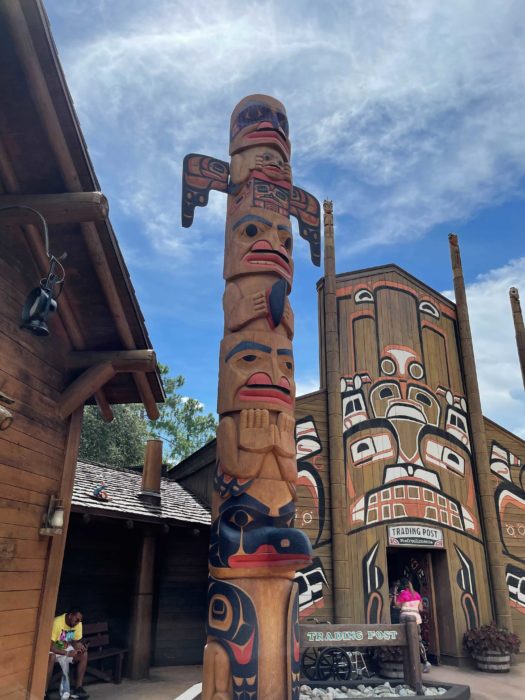 The Whale Totem Pole depicts the tale of the first potlatch, a ceremonial feast celebrated by the Nagunaks and creatures of the undersea world.

In January 2017, the Totem Poles were dedicated in a ceremony that included a performance by the Git Hoan Dancers (People of the Salmon).

Now that you know the tale of the totem poles, the next time you visit the Canadian Pavilion take in all it has to offer… and see if you can spot the hidden Mickey toward the top of one of those three totem poles!