This year’s Epcot International Flower & Garden Festival is in full swing, and the park has never looked more gorgeous. What better way could there be to explore all the amazing displays and learn what it takes to put on this signature event than with a tour? Thankfully, the Gardens of the World Tour lets guests do just that!

Offered only during the Festival, Gardens of the World offers guests a unique opportunity to explore Epcot along with members of Disney’s Horticulture group. As the team responsible for bringing Epcot into bloom, the Horticulture tour guides are the perfect folks to share the ins and outs of maintaining the park’s landscaping during the Festival and throughout the year.

While I attended last year’s Flower & Garden Festival, this was my first time taking the two tours offered. The previously reviewed English Tea Garden Tour was a fun, free way to enjoy the Festival’s offerings. However, that quick tour is no match for the amount of information and access provided on Gardens of the World.

To start, tour guests met outside Epcot at Guest Relations at 9am. If you take this or any other tour, make sure you are early. For the first time in almost 20 tours, I was late. Somehow after arriving one minute late, it took over 15 minutes to finally catch up with the group. If you are ever late for a tour, immediately go to Guest Relations. Provided your tour allows late arrivals (some don’t), Guest Relations will find a Cast Member to escort you to meet up with the group.

By the time we found my group, they had already received name tags, pins, discussed the main entrance Fantasia topiaries, and made their way behind Spaceship Earth. Things were moving fast. I was handed a name tag and a headset. Almost all the paid tours use headsets to allow guests to hear despite their proximity to the guide and the volume of the crowds in the park. My tour had 21 guests, so I was very glad I could still keep up with what was being said despite trailing the group.

At the point I joined, the group was learning about how the giant peacock topiary behind Spaceship Earth had to be lowered earlier that week because it didn’t flow with the surrounding flower beds, which are supposed to represent the bird’s tail feathers. This was one of the examples of how Disney is constantly evaluating and updating displays throughout the Festival. Another example was the sand sculpture highlighting the new Chimpanzee nature film, which will be completely rebuilt several times throughout the festival as the sand is eroded.

From there we made our way through Future World East into the For The Birds and Pixie Hollow gardens. Much of our tour was spent learning about the details in to the special displays throughout the park. Even though I had visited Epcot during Flower & Garden before, I never realized just how many displays there are. I counted at least seven on the tour, not including the country-specific landscaping throughout World Showcase. This tour did a fantastic job of encouraging us to really explore all the beauty the Festival has to offer. Next, we learned about the creation of the flower berms and floating baskets in the waterway leading up to World Showcase. We also visited Bambi’s Butterfly Garden, my favorite Flower & Garden Festival staple. Then we walked by the rose gardens and the sand sculpture before making our way into World Showcase.

While there was plenty to see in Future World, World Showcase took up the bulk of this 3 hour tour. Starting from Mexico, we visited each and every pavilion. We even got to enter the Showcase before it opened to regular guests. I’m a big proponent of taking early tours that allow for a private park experience. I spent as much time taking photos of empty pavilions as I did learning about horticulture.

One thing I didn’t realize until this tour, is that many of the flowers and displays for the festival are donated from outside parties, as well as other departments within Disney. Mexico’s orchids are provided by Animal Kingdom, which features orchids in its Oasis area. Many of the Mexico orchids are kept in pots and will go back to Animal Kingdom at the end of the Festival. The orchids that have been sewn into the palm trees will stay and may bloom a few more times before being removed.

Similarly, the Japan pavilion features a gorgeous display of bonsai trees. Each has been donated by a private owner to Disney. Our guide indicated that due to the delicate nature of bonsais, making sure these were returned in great condition is one of the most stressful tasks for the horticulture team.

Our group also learned about the process of creating topiaries for the festival versus building permanent topiaries elsewhere on property. If you have visited Topiary Production on the Backstage Magic tour, this part of the tour will be very redundant. I spent this part of the tour searching for the even the smallest sliver of shade. Fortunately, the headset let me stand far off without missing out on what the guides were saying.

Which reminds me: WEAR SUNSCREEN!!! I wore SPF 75 and still ended up with a terrible sunburn from this tour. Three hours of standing in direct sun is no joke. I spent much of the tour standing at a distance to be in the shade and even walked off at one point to get water. As a native Floridian, this was my first time getting a serious sunburn at Disney. If I were taking this tour again, I’d carry an umbrella to block the sun. Bringing a water bottle would be a wise idea as well. If it’s this bad in March, May is going to be brutal.

In the France Pavilion, we learned about how Disney constructs the hanging plant baskets. One of our guides works on the indoor plants at Magic Kingdom, including the hanging baskets in Crystal Palace. It never occurred to me how much work goes into choosing and maintaining the arrangements. Did you know that each of Epcot’s hanging baskets weighs up to 60 pounds? The larger the arrangement, the less likely it will dry out between daily waterings.

We wrapped up in Canada. After learning about the irrigation system used for the trees on Canada’s “mountain”, we got to go backstage to view the pavilion from the other side. While this backstage portion of the tour was very short, it was fantastic to see how the mountain is constructed with deep planters and a pipe-system for the water. Here we each received a copy of the 2012 Flower & Garden Festival poster in a large tube. These posters cost $19.95 at the Festival Center, so it was really a nice surprise for tour guests.

Aside from being preoccupied with potential dehydration and sun-poisoning, I learned a lot from this tour. Most of the guests were avid gardeners, many taking notes on the specific plants used throughout Epcot. We each received a card with contact information for the Horticulture group should we have any follow up questions. Both of our guides were excellent and clearly passionate about their jobs.

If you are even the slightest bit inclined to learn more about gardening techniques and the process for pulling off the Flower & Garden Festival, I definitely recommend this tour for you. Bring some water, wear sunscreen and walking shoes, carry an umbrella, and you’ll have a good time.

If listening to questions about mulching techniques isn’t up your alley, you might want to reconsider. I’m not a gardener, and (sun aside) I had a reasonably good time. However, if I were facing time or budget constraints, I would skip the tour and just enjoy the beauty of the festival on my own. If you want to experience more Epcot but aren’t into plants, the UnDISCOVERed Future World tour is a good alternative. If you want to focus on Flower & Garden but want less of a commitment, try the English Garden Tea Tour. Just be sure to go late in the day to avoid heat exhaustion!

The Gardens of the World tour is currently offered Tuesdays, Thursdays and Fridays at 9am through May 20, 2012. It costs $60 and requires separate park admission. Guests must be at least 16 years old to take the tour. A 15% discount is offered for AAA Members, Annual Passholders, and DVC Members. Disney VISA Cardholders are eligible for a 20% discount when booking with their Disney VISA. To book, call (407) WDW-TOUR (407-939-8687).

Have you tried the Gardens of the World tour?  Do you plan on trying it out on your next trip? Let us know what you think! 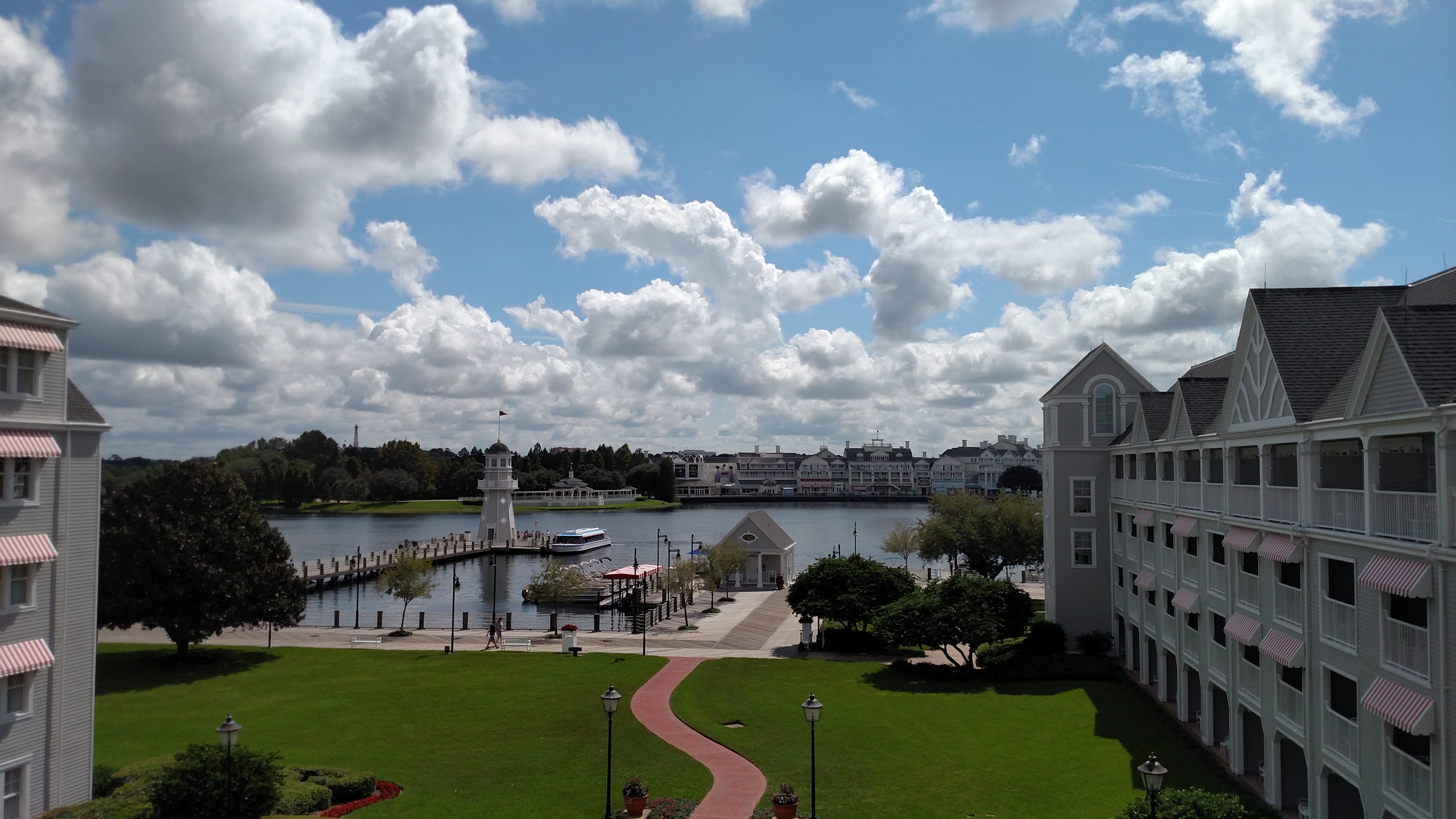 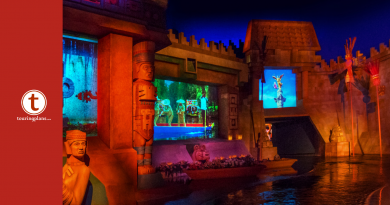 3 thoughts on “Gardens of the World Tour Review”