On April 6, 2013, Disney’s Hollywood Studios ended its two Hollywood Boulevard parades, Pixar Pals Countdown to Fun! and Disney Channel Rocks!, after almost two years. Both shows were met with contention since their debuts – the first very short and not meeting guest expectations in comparison to its predecessor, Block Party Bash, and the second not very popular with Disney fanboys and guests above the age of Disney Channel’s tweenage audience.

All that being said, I really enjoyed Disney Channel Rocks. Not because of the content, but because of the energy these performers bring to the show. In the 4 years I’ve lived in Florida, to quote Henry Higgins, I’ve grown accustomed to their smiling faces, whether it was in one of the main parades or these pep rally block parties the Studios throws in front of the Hat, and I will miss not seeing them anymore in my visits. And as you can see from these videos and photos, many others showed up to show their appreciation on the final day, even managers and coworkers from around the Studios.

At this time, nothing has been announced to replace these two parades in Disney’s Hollywood Studios. Rumor has it that Disney is clearing off Hollywood Boulevard to make way for construction of a new project, perhaps Disney California Adventure’s Red Car Trolleys or even removing the other infamous Studios eyesore – the big blue Sorcerer’s Hat. What do you think? What would you like to see in a potential new addition to the Studios, or would you like to see something old come back? Personally, I miss Block Party Bash and would love to see something that interactive come back. 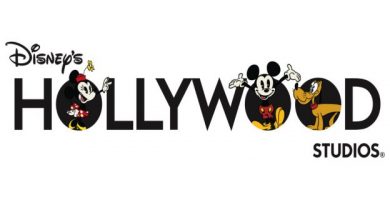 One thought on “Countdown to Gone: A Look Back at the Final Performances of Disney’s Hollywood Studios’ Infamous Parades”