The SATURDAY SIX is a weekly look at the most interesting, most fun, and sometimes even the craziest things within the theme park world that we all love so much. Whether it’s the top six “secrets” of the Royal Pacific Resort, the top six reasons to play Hollywood Drive In mini-golf, or even the top six outrageous food items at Universal, the Saturday Six will be your personal guide to experiencing the very best Orlando has to offer.

This week’s Saturday Six looks at the Top Six “Secrets” of the Hard Rock Cafe Orlando. Located in CityWalk, directly between Universal Studios Florida and Islands of Adventure, the Hard Rock Cafe in Orlando is the largest Hard Rock in the entire world. With a giant collection of  memorabilia that is second to maybe only the Rock and Roll Hall of Fame in Cleveland, this particular Hard Rock venue is a dream come true for music lovers. Let’s take a look at the top six “secrets,” shall we?  (Remember, clicking on any picture will open it up in full size)

One of the more interesting job titles at the Hard Rock is a VIBE host. The VIBE hosts walk around the entire restaurant, meeting with guests and answering any questions they may have about the Hard Rock Cafe and doing their best to create “an experience” for each guest. They also carry with them an iPad that contains an app which allows guests to pick out songs that will play throughout the restaurant. I’ve been able to able to pick out sports games I wanted to watch at the NASCAR sports grille, but not since the long gone days of jukeboxes have I been able to pick a song that the entire restaurant would hear. Our table chose “Cherub Rock” by the Smashing Pumpkins, “Glory Days” by Bruce Springsteen, and Nirvana‘s “The Man Who Sold The World.”

One of the jobs that the VIBE host has is being able to give tours of the restaurant during the day. This VIP tour will take you throughout both floors of the restaurant, the Hard Rock Live venue, and into several “backstage” areas that are used by many of the musical acts that play at the Hard Rock. One of my favorite rooms was called The Attic and can best be described as “The Room of Requirement from Harry Potter and the Deathly Hallows if it were designed by the members of Van Halen in 1984.” Just a ton of the weirdest stuff, all of which you can interact with. In fact, you’re encouraged to pick things up and fool around with them. There are electric guitars and electric chairs. Seriously. There’s an electric chair in the room that was used by the band Disturbed. There’s a giant drum cymbal signed by Vinnie Paul from Pantera, a chair from the now torn down Montreal Forum, and an actual throne. That’s right, you can do you best “Winter Is Coming (to Orlando)” pose while sitting on the throne.

If that wasn’t cool enough, the room is littered with autographs on every single wall. Now many of these are just regular people writing on the walls similar to Disney fans leaving their mark on a painting of Tony Baxter, but we found many celebrities along the walls including the members of group Poison, Gwen Stafani and her band mates in No Doubt, Alice Cooper, Carlos Santana, Marshall Lytle (of “Rock Around the Clock” fame), the members of the comedy troupe Kids in the Hall and more.

Outside of the Lennon Room you are going to run into Beatles memorabilia almost every where you go. In one hallway you’ll find the marriage certificate for John and Yoko. In another hallway you’ll find a stunning photo with John and Stu Sutcliffe. Your next turn has you running into a signed airline menu from the flight The Beatles took from the UK to America to perform their legendary first appearance on the Ed Sullivan Show. Yet another room has items from the Beatles from the period when Pete Best was with the band. It’s crazy!

This article doesn’t even scratch the surface of what the Hard Rock Cafe has to offer. While most people recognize the red strat guitar logo that has become synonymous with the Hard Rock brand, many don’t know that the original guitar was a gift from Eric Clapton and was the first piece of memorabilia ever obtained by the Hard Rock company. The guitar is represented throughout this Hard Rock Cafe in many areas, including a 3o foot version on the front of the building and a gigantic one on the ground itself in which stools are used for the tuning keys. The music video for Creed’s “Higher” was filmed at this Hard Rock. And have we mentioned the menu? Twisted Mac & Cheese is a must.

So there you have it. The top six “secrets” of the Hard Rock Cafe Orlando. This restaurant just moved straight to the top of my list in CityWalk and I would recommend talking to the VIBE host at the front desk to inquire about getting a tour. If you are a fan of music history, run – don’t walk – as this will be one of the most incredible experiences of  your life. I’m going to call it “like the Smithsonian, except with music and food.” Nailed it.

See you next weekend for the latest edition of the Saturday Six. If you had fun, be sure to check out The Magic, The Memories and Merch! articles or head on over to the TouringPlans.com Podcast Network and check out Universal NOW! and Pardon the Pixie Dust.

Special thanks to Brandon Glover and Matt Cleary for their assistance with this article. 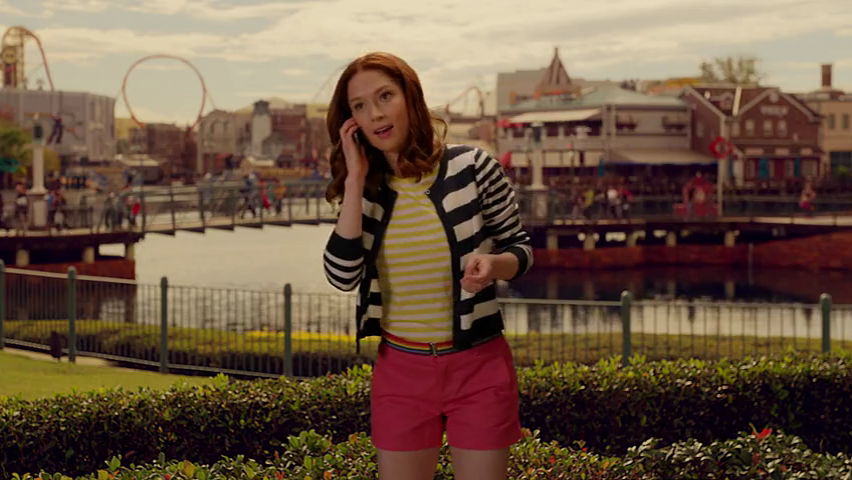