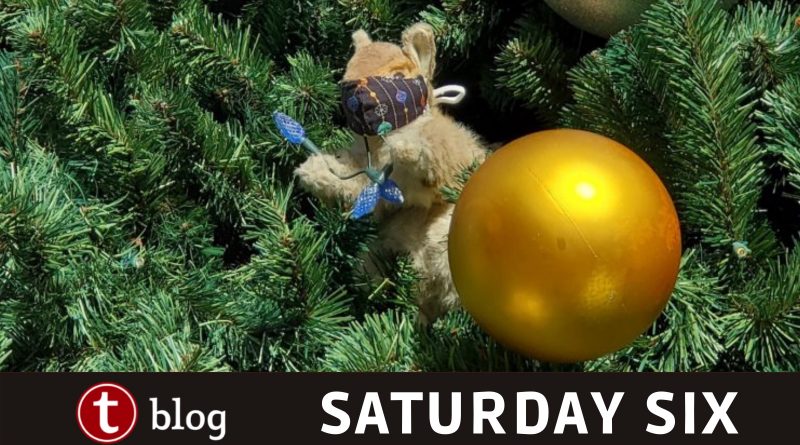 This week’s SATURDAY SIX takes a look at the holiday celebration at the Universal Orlando Resort! With the coronavirus playing havoc with the theme park calendar this year, a couple months ago it was uncertain whether the Florida parks would even have much of an effort at bringing Christmas to the theme parks to close out the year. We’ve all seen the quarterly earnings report with both Disney and Universal losing hundreds of millions of dollars. Thousands of theme park Cast Members and Team Members are still currently out of work (to find out how you can help, CLICK HERE). Projects were stalled if not outright cancelled. It seemed like we were doomed to a “death by a thousand paper cuts.”

Then something amazing happened. Universal went forward with a modified version of Halloween Horror Nights. While Disney was letting entertainment go left and right, Universal was bringing more entertainment in. For the first time in a while, things for a theme park fan were looking up.

For many guests, the Christmas season at the theme parks is the most special time of the entire year. Decorations are up, Christmas music is playing over the speakers, and both Disney and Universal do an incredible job with their annual events like Mickey’s Very Merry and Grinchmas. For these “unprecedented times,” a lot of what we loved in the past can’t be done right now. The good news is that – with a little creativity – Universal Orlando was able to put a gift under our Christmas tree after all…

Today we’re going to take a look at the holiday celebration, and we’ll kick it off with…

We’re running out of superlatives to describe our favorite bakery at Universal, as Voodoo Doughnut once again has come through with some wonderful Christmas themed offerings. In previous years, Voodoo has had donuts themed to Santa Claus and the Grinch, and for 2020 they have two Snowman donuts along with an ornament donut.

Let’s get a close-up of these beauties…

The filling inside the head of the snowman is white chocolate mocha cream.

While the body is filled with chocolate peppermint cream.

The ornament is filled with gingerbread cream cheese and tastes as good as it sounds. One of Voodoo’s best ever tasting seasonal offerings.

Hard to get better than themed donuts, but this year Universal introduced The Holiday Treat Trail! We’ve seen similar gimmicks like this over at Disney, including at EPCOT and Disney Springs. If guests purchase five qualifying treats at various locations around Universal, they are rewarded with another snack. Talk about the gift that keeps on giving!

The map features a look at Universal CityWalk and the two theme parks, and has a place on the side for guests to get a stamp after their purchase.

A bottle of Cinnamon Coke can be purchased at several locations throughout the parks and CityWalk.

Red Holiday Popcorn can be purchased at the popcorn cart near The Incredible Hulk Coaster in Marvel Superhero Island.

This Pumpkin Spice Churro is available at the Production Central cart in Universal Studios Florida.

The Holiday Wreath Cake is available at the TODAY Cafe in Universal Studios Florida.

When you have all the stamps collected, you can head on over to the Silver Screen Coke kiosk in USF or The Watering Hole in Jurassic Park at IOA and get your redemption prize: a Christmas tree sugar cookie.

One of the best “secrets” at Universal Orlando comes every holiday season, and can be found in the gigantic Christmas tree that is installed at Universal Studios Florida.

Many guests now know the “pro tip” of taking your own picture through a reflection in one of the Christmas bulbs, but not as many know that Earl the Squirrel makes appearances by popping himself out of the tree.

Even better? This year EARL IS WEARING A FACE COVERING!

During the “taste” of HHN this fall, guests got to participate in the Scarecrow Stalk and that theme continues with the Holiday Tree Hunt. Here’s how it works: similar to the scavenger hunts at EPCOT like Figment’s Brush with the Masters during Festival of the Arts or Spike’s Pollen-Nation Exploration during Flower & Garden, guests purchase a Holiday Tree Hunt map ($9.95). The map includes the locations of all the themed trees at locations inside the parks and at Universal CityWalk. Like the treat trail mentioned earlier, at each location your map get can a stamp. There are a lot of trees throughout the resort, and the good news is that Universal will give you the ornament redemption prize even if you haven’t received every stamp. This way you can collect the stamps at your leisure and not have to stress about “getting them all” before the park closes or your vacation ends.

At the Universal Studios store in CityWalk, the tree is loaded with some fun nods to Universal attractions.

One thing I love about the Holiday Tree Hunt is that it gives guests a chance to check out some of Universal’s incredibly themed stores. Whether you buy merchandise or not, the attention to detail in many of these stores will blow your mind. Tons of fun gags and props to check out.

It’s Christmas, you have to have a Grinch tree!

The ornament redemption prize is double sided, and features the Holiday Tree Hunt logo on one side.

With a holiday themed Universal Orlando Resort logo on the other side.

Possibly the greatest character at any theme park to interact with is The Grinch during Christmas season at Universal. For most of the year, The Grinch walk around character in the Universal parks is based on the cartoon version of How the Grinch Stole Christmas, but during the holiday season the character is based around the Jim Carrey version in the live action remake. This allows The Grinch to be able to use his razor sharp wit while having fun with guests. In previous years, guests would queue up to have their picture taken with The Grinch in Seuss Landing. For social distancing, this year The Grinch takes YOUR photo, and here is how it works…

Instead of standing in a traditional line, guests scan a QR code to make an appointment for their experience. When it’s time, you and your family get to interact with The Grinch.

After a bit of frivolity (along with any requested selfies,) The Grinch will then get behind the store’s camera to “take your picture.”

The Universal Photo Connect app will then have some fun Grinchmas-themed options for you to enjoy.

Word on the street is that the Visual Merchandising team at Universal spent several months designing this fantastic store for another location in Universal Studios Florida. Over the course of just one week, the entire location was disassembled and moved over to be put back together again to replace the HHN Tribute Store. There is a ton of great merchandise to browse though along with rooms themed to The Grinch Who Stole Christmas, Harry Potter, and even Earl the Squirrel!

After the return of Wax-A-Matic in the HHN Tribute Store, what a delightful surprise it was two see two more machines in the Christmas Tribute Store. One machine offers molds of Santa Clause.

While the other machine has a snowman mold.

One area in the Tribute Store is decked out with posters elements from the tribute store along with a ton of photos from Universal Christmas events from years past.

Who needs a Christmas village display at their house when they can have a Harry Potter village?

Earl the Squirrel’s Tree Farm room is where you can get all the holiday themed snacks!

One of the highlights at Universal every Christmas season is the great parade they have at USF featuring Macy’s balloons. Think of it as a theme park version of the world famous Macy’s Thanksgiving Day parade. With a bit of ingenuity, Universal was able to give guests a version of the “parade” with an experience held inside a soundstage. Guests are able to check out some of the elaborately themed larger-than-life balloons, along with getting social distant pictures of some Universal characters.

Santa is available for photos and socially distant selfies.

A food truck at Universal Studios Florida has changed its menu over to our beloved funnel cakes, and the results couldn’t be more spectacular.

So there you have it: Six Reasons we love Christmas at the Universal Orlando Resort! See you next weekend for the latest installment of the SATURDAY SIX, where we’ll look at something fun from the world of Disney and Universal. If you enjoyed yourself, be sure to check out The Magic, The Memories, and Merch! articles covering the latest from the Disney Outlet Stores. You can also follow Your Humble Author on Twitter (@derekburgan). 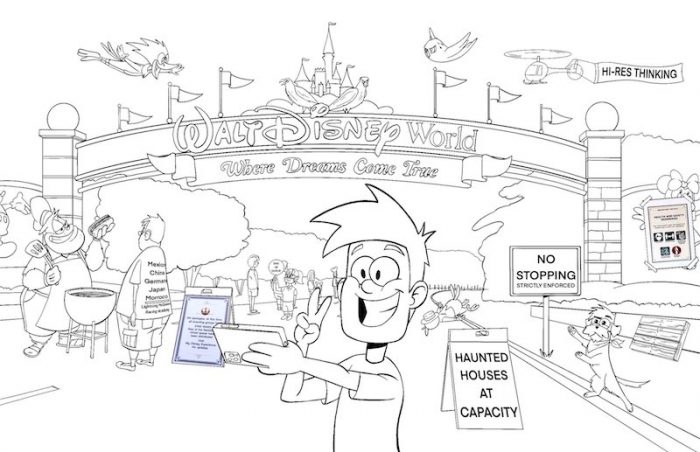