Just past Snow White’s wishing well in the Germany Pavilion at Epcot’s World Showcase sits the Karamell-Küche, a former porcelain and glass shop turned candy kitchen. Sponsored by Werther’s Original™ Caramel, the shop has become a very popular snack stop in the three years since it opened, offering classics like caramel apples and caramel corn alongside more creative fare such as caramel apple oatmeal cookies.

While the shop has added a few new treats over the past several years here and there, rarely has a whole lineup of new goodies debuted like the group of five new offerings that came to the Küche in October. I tested all five of the new desserts, which included a caramel apple tart, a German chocolate chip cookie, a mini caramel cheesecake with chocolate, a salted caramel brownie, and caramel toffee bark. Here’s how they measured up.

First up on my list was the caramel apple tart. Other reviews have raved about it, but I had questions about what appeared to be a flake pastry crust. The tart is pretty in presentation from the start, a neat little package of pastry pocket filled with apples glossed over with caramel sauce. I had a small flower drift into my takeout container just before I took the shot so I left it for visual appeal. Probably not edible, so I wouldn’t recommend it. As I feared, the crust on this particular dessert is puff-pastry based, which does not lend well to sitting in a case for any amount of time as desserts tend to do at this location. My pastry, served around noon on the day of tasting, was difficult to cut through and chewy rather than flaky. The textural issues really detracted from overall taste in such a way that I can’t recommend the dessert itself. The apples were tangy and well complimented by the caramel sauce, which could have been too heavy but was not, but the decision to leave the skin on the apple slices was also an odd textural variation that I felt didn’t add overall. This particular offering had a lot of potential, but in the end fell kind of flat.

After the caramel apple tart I tried the caramel cheesecake with chocolate. Being a fan of cheesecake, I had high hopes for this treat. Again there was a problem with texture. The graham cracker crust was a great balance to the cheesecake and caramel – just salty enough and not too sweet – but the cheesecake filling itself was airy and somewhat dry instead of dense and creamy. It reminded me of  boxed cheesecake mix rather than  something made from fresh ingredients. This was another one-bite-and-done dessert.

Moving down the line, I tried the salted caramel fudge brownie. I didn’t even photograph this dessert because it was so dry that I didn’t chew. Salt in the batter was not the way to go with this preparation, and perhaps a sea salt garnish on a moist chocolate brownie would have been far better. I had read a previous review that was similar as to the texture and taste and we’ll just give this one a solid stay-away-from-it rating.

After a big drink of water to erase the brownie, I moved to the German chocolate chip cookie. I hate to keep repeating myself, but maybe I caught the Caramel Kitchen on a bad day. This cookie, given the addition of German chocolate cake ingredients walnut and coconut, was really dry. The texture took away from any additional notes of taste the caramel could have given and I tossed this treat after one bite, too.

While it doesn’t seem like there’s much hope for the new offerings at Karamell-Küche at this point, the shining star of this review, the caramel toffee bark, was last to be tasted. This candy/dessert may just be the most perfect two or three bites on the planet. Milk and white chocolate in just-right proportion are swirled over a gooey, oozing layer of caramel that hides a third layer of toffee. The confection is perfectly rich and sweet, salty and buttery all at once. It’s also just the right size, as anything more would be too much and anything less would leave you wanting another bite.

Overall, the Karamell-Küche seems to do best with selections that showcase its delicious caramel rather than with baked goods. The clear winner here, and a big victory for the Kitchen in general, was the caramel toffee bark.

If you’d like to know more about the Karamell-Küche menu, check out the full list of offerings here.

Gardens of the World Tour Review 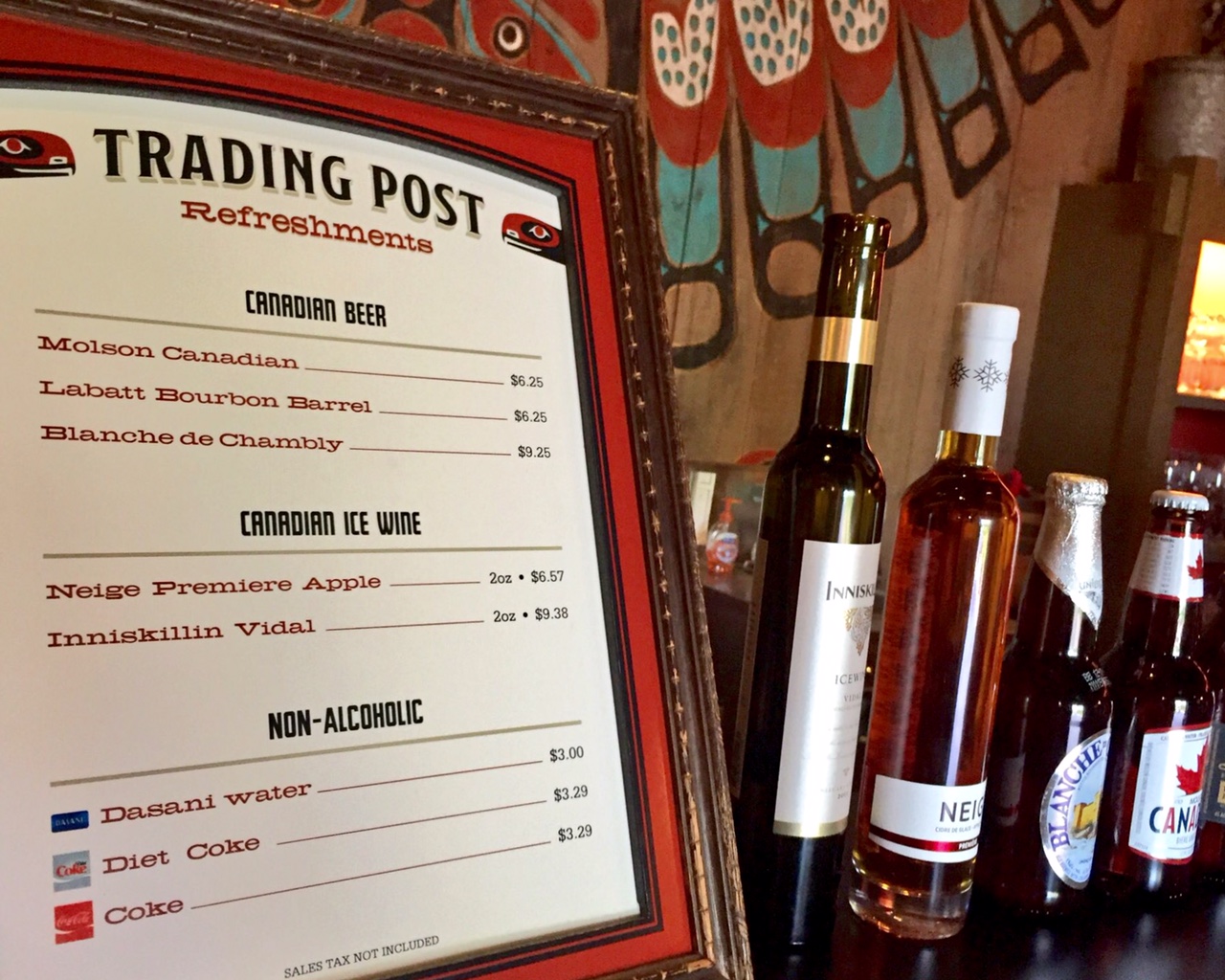 Trading Post Refreshments: The New Bar in Epcot – Sort Of

2 thoughts on “New Sweets at the Karamell-Küche”