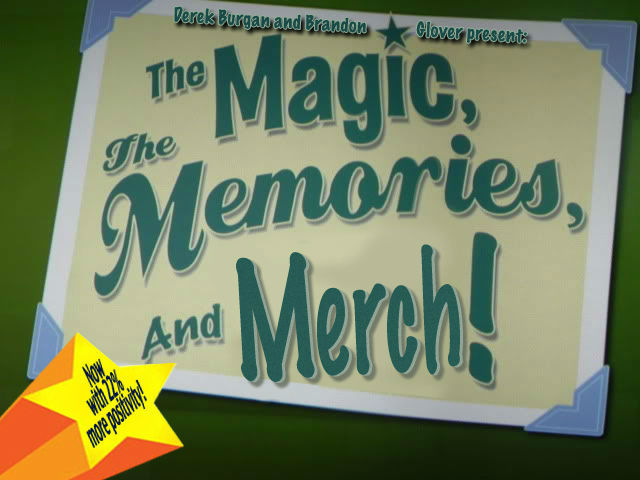 Ah, the first photo report of the Disney Outlet Store for the new year. 2014 is going to be a interesting and fun time for me in the Disney Universe. I recently received my first Magic Band, followed by making my first FastPass+ reservations, and will be taking my first ever Disney Cruise in October. But first we shall be making our monthly pilgrimage to the Mecca of unsalable merchandise. It has been a chilly winter so far, even for us Floridians, so before our trek we’re going to warm up with some hot chocolate in our Spaceship Earth mug and strap on our Captain America battle helmet to brave the elements outside.

Please remember to click on any picture to see it in full size.

It’s always a good day when special event merchandise shows up at the outlets and this trip was a bonanza as items from Mickey’s Very Merry Christmas Party hit the shelves.

The exclusive merchandise at the Christmas party was one of the highlights of the event, but I like it even more at 75% off retail.

My eyes lit up seeing a piece from Mickey’s Merry Christmas Village. I recently wrote a post about starting my Grinch Christmas Village collection and the same company (Dept 56) makes the Mickey pieces as well. Unfortunately there was only one item available, but it does include a rare appearance by Mickey’s nephews Morty and Ferdie. I remember when these stylized versions of the Disney Princesses came out and was wondering who the audience was. Apparently there wasn’t one. Ariel actually had a whole bunch of clothes on the racks. The stylized villains weren’t spared. This Cruella shirt was originally $36.95 and is now $14.99. I’m guessing this Cavern Club shirt was sold at the UK Pavilion in Epcot. I loved seeing it because it reminded me of my incredible tour of the Hard Rock Cafe in Universal CityWalk. If you are a fan of music, and especially if you are a fan of the Beatles, stop reading this immediately and head on over to the Hard Rock. Trust me, it’s worth it.

These “sound activated light up shirts” apparently bombed at the parks. They are already marked down to $9.99. I’ve seen the kiosks selling similar shirts at every single mall and they also sell them at Universal CityWalk and – for some reason unknown to mankind – the gift shop for MEN IN BLACK Alien Attack. I always had a sneaking suspicion that they didn’t work nearly as well under normal conditions. This Pirates of the Caribbean outfit was really cool. I would have killed for one when I was growing up. It also included a hat and dreadlocks.

Okay, who is actually buying this? Napkins with fake wine stains on them? Really? Really?!

Speaking of California merch, here is a Mad T Party vinylmation set. Recently, I did an article on Disney obsessions that I just don’t understand. This set is single-handedly moving “vinylmation” higher up the list. Don’t get cocky This was from a Fantasia series of vinylmation. I recently reviewed the movie Fantasia for the Creepy Kingdom podcast and realized it just may be the weirdest movie I have ever seen. The mushroom that is contained in this vinylmation set is – what I would consider – wildly racist character from the film. Time to close it out. They had these pens available at the counter. I probably should be ashamed I have no idea if it is for Mexico or Italy. So we are going to say “adios” or “ciao.” One last thing before we go though. I really like the touch of people at the registers adding a Mickey head to the receipts. A very nice touch and – for me – that is what I consider the Disney Difference. 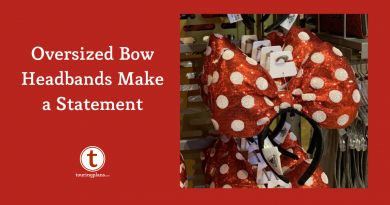 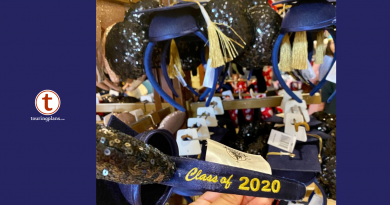 The Magic, The Memories, and Merch! April 2015 Photo Report of the Disney Outlet Store

14 thoughts on “The Magic, The Memories, and Merch! January 2014 Photo Report of the Disney Outlet Store”