The first phase of Cabana Bay Beach Resort opens on March 31, 2014, and while Universal Orlando‘s first value-priced hotel will have plenty of amenities (like a 10 lane bowling alley) it won’t have water taxi transportation to the theme like the original three Loews-operated resorts. Universal will provide bus transportation from Cabana Bay to the main parking hub, but many guests will find it quicker and more convenient to walk to the attractions. In order to accommodate them, construction began last week on a new Cabana Bay pedestrian bridge, which will permit safe passage across Hollywood Way at Adventure Way.

This bridge sparked a bit of controversy in Orlando last year when the city council voted to fund the project’s $9 million dollar construction cost from a special taxing fund in the name of “public safety.”

The exact design of the bridge is also bit of a mystery. Originally, concept art depicted a fairly utilitarian structure. Then late last year, proposed designs surfaced for an innovative landscaped “green bridge.” Now that work has begun, we should soon know which way they’ve decided to go.

To celebrate the groundbreaking, I recently took a stroll from the Cabana Bay construction site to the CityWalk entrance near Margaritaville, in order to document what the path currently looks like:

As you can see, there are some interesting backstage views into Islands of Adventure (which may very well get covered up) and lots of greenery. The walk took me 8 minutes; even if you almost double that to account for crossing the bridge and finding your room, most Cabana Bay guests should be within about a 15 minute walk of Universal CityWalk. That’s only a few minutes further away than the Royal Pacific Resort, and about the same as many “walking distance” hotels around the Disneyland Resort (including the Disneyland Hotel).

Are you planning on staying at Cabana Bay? Do you think you’ll walk, or will you get to the parks by bus? Let us know in the comments below! 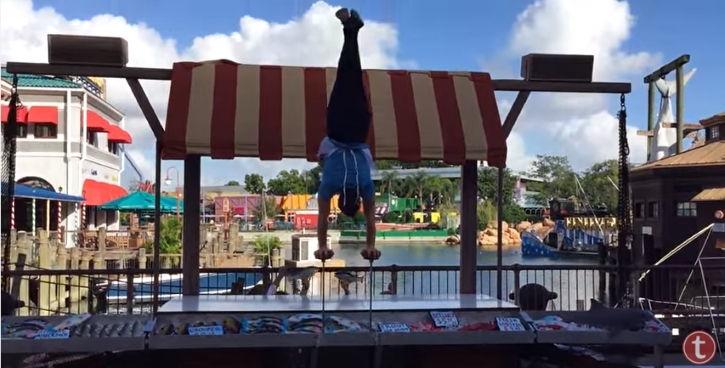 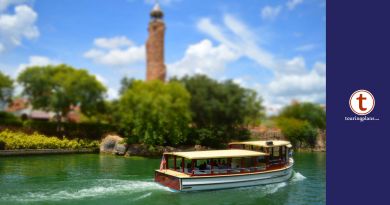