It’s time to try a Disney cruise! Now before the Royal Caribbean lovers and Norwegian loyals get their feathers ruffled, let me be clear – there are other excellent cruise lines out there. Even the most strident of Disney fans can have a wonderful cruise on another line. I am not saying you should never go on another cruise line. What I am saying is that there are good reasons to try a Disney cruise in particular. Yes, even over other (often less expensive) cruise lines. Here are ten of those reasons.

1. Bigger Rooms – The standard rooms on Disney ships are bigger almost across the board. There are rooms that are bigger on other cruise lines to be sure, but here’s the difference – Disney’s standard rooms are bigger. Many other lines have rooms that won’t sleep more than 2, but all rooms on Disney ships sleep at least 3 with the vast majority of rooms sleeping 4 or more. Odds are good that your first words in any cruise ship room will not be, “My word this is huge”, but there is a difference onboard a Disney ship. You’d be shocked at the difference 20 square feet can make in a small space.

2. Split Bathrooms – I cannot oversell these. Having two bathroom spaces to get ready in when you’ve got 4 people staying in a room is invaluable. While split bathrooms are found in every category except category 11 (and some accessible rooms), they are not even close to the norm on other lines. The split bathrooms on Disney ships consist of one room with a sink and toilet, and another with a sink and tub/shower. See? Priceless!

3. Family Friendly (But Not Family Only) – Disney is the perfect cruise lines for families. While other cruise lines have upped their game with kids clubs and kid’s activities, you can count on Disney to be family friendly in other ways as well. You can attend the nightly shows as a family and be confident that the content is rated G so to speak. There are no casinos on Disney ships that you have to take your kids through to get to other areas of the ship. Disney didn’t win so many family cruise ship awards for nothing! But, that doesn’t mean Disney Cruise Line is only for families either. Disney does an excellent job with their adult-only areas. If you want to get away from other people’s screaming children (or maybe your screaming children?) you can. I’ve done several Disney cruises with no kids and loved every second of them.

4. BYOB – Disney is still the only one of the most popular cruise lines that will let you bring whatever kind of alcohol you like onboard. Some other cruise lines allow you to bring one or two bottles but you’re usually limited to wine only and no beer or liquor. With Disney you can bring as much as you like of any of your favorite beverage (even cases of water) onboard, the only caveat being that it must be in your carry-on and that has to fit through the scanner on the x-ray belt. You can’t bring wheeled hard side coolers onboard if that was your next question. If you imbibe, bringing your own alcohol onboard can save you a lot of money.

5. Lifeguards – I’ve said it before, and I’ll say it again, Disney made the right call by putting lifeguards at the family pools. Hopefully all other lines will follow suit. There is nothing bad about extra eyes watching our children and keeping them safe.

6. Rotational Dining – Disney pioneered the concept of rotational dining. Instead of one large dining room where guests eat every night, there are three dining rooms that guests rotate through during the cruise. The ingenious thing is that your three servers move with you. Your servers, whom you will probably love and want to bring home with you after your cruise is over, travel to each dining room with you. This is another area where other cruise lines have realized the appeal of this concept and some are starting to implement rotational dining on their newer ships.

7. Laundry is Easy – I’m not a big fan of doing laundry on vacation, but we do it when we have to (like when I can’t possibly fit 2 weeks worth of clothes in my suitcase for our Mediterranean cruise last summer). I know others (you know who you are) who hate taking dirty clothes home and love doing laundry on vacation. The good news is that Disney’s ships have several laundry rooms and they’re easy to use and get to. There are certainly times that it’s hard to find an open machine, but the machines are there! Several other lines do not have public laundry rooms onboard (like Royal Caribbean) and you have to pay to have it sent away if you want it done. Just something to check if you’re a laundry-doing lover.

8. Soda is Free – Woo hoo! Coke lovers unite! Soda is free on Disney! Now that doesn’t mean you can order it at the bars or get cans from room service for free, but there is free soda available 24 hours a day. There are drink stations on the pool decks that are always open, and you can order soda in any of the dining rooms with any meal. Yes, even breakfast. Yes, I have done that. Don’t judge. You can buy unlimited soda cards on other lines. but it’s worth noting that it’s free on Disney.

9. Repeat Cruisers Win – Some other lines have good repeat cruiser programs but others are convoluted and hard to move up in levels. Disney’s is straight forward. It’s called the Castaway Club. If you’ve cruised once, you’re a Silver member. More than 5 time and you are Gold. More than 10 times and you’re Platinum. That’s it! Cruise lengths and itineraries don’t matter (to the consternation of some cruisers). Each level gets more perks! The rebooking onboard program is great as well. You only pay a 10% deposit (if you are rebooking a 7 night or longer cruise) and you’ll get 10% off a future cruise as well as an onboard credit. There are blackout dates and you have to cruise in the next 18 months, but if that works for you, it’s a great deal.

10. Disney Difference – I almost made it through without using the words Pixie Dust and Disney Difference, but I couldn’t. Disney Difference isn’t just a catch phrase or a set of buzz words. There really is such a thing. Disney’s attention to detail and respect and treatment of their guests are legendary. It’s what they’re known for and with good reason. They’re excellent at it. Try it yourself and you’ll see.

Do you have any other reasons to try a Disney cruise? We’d love to hear them!

The Adventures by Disney Supplement to Disney Cruise Line: What You Need to Know 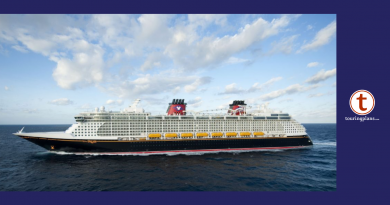 What To Do The Night Before Your Disney Alaska Cruise