As some of you know, the Epcot International Food & Wine Festival will be starting September 19 and running through November 10. In honor of this event (and the fact that I will be attending for the first time), I decided to put my culinary skills to the test.

While browsing through endless Disney recipes, I searched for stimulating dishes I wouldn’t normally make at home – Dishes that were a step up from my usual dinner options. After making my selections, I grabbed my shopping list and made my way to the grocery store. While perusing the aisles, I was feeling both confident and ambitious. I had watched enough Food Network to know that the perfect risotto should only take 18 minutes (according to my girl, Rachel Ray) and that making beignet dough would not only be simple but glamorous. I mean, come on. Have you ever seen Giada make a mess? Never!

With Gusteau’s philosophy that, “anyone can cook,” (Ratatouille reference right here!) I drove home from the store with an optimistic attitude and ingredients in tow. I was positive I had everything I needed.

First up: Mushroom Risotto. I first tried this gem back in February and couldn’t get enough of it. The fact that I am NOT a mushroom fan made this all the more unbelievable. Could I do it justice? I would try!

Oh my goodness! This recipe should come with the disclaimer: May leave arm sore and useless the day after. I went in knowing stirring would be involved, but nothing could have prepared me for this. I would also like to state that in my case, this risotto in no way took 18 minutes to prepare. (Rachel, I don’t know how you do it!) Try 30 minutes of constant stirring. Whining aside, the risotto was a home run. It had a buttery, creamy texture and was silky smooth. It had delicious flavor and was 100% worth the energy exerted. (Just thinking about it now makes my mouth water.) I would definitely recommend giving this a try…just make sure you have an Olympic athlete stir for you.

Next on my list: the Royal Poulet. Having never tried nor tasted this at the park, I had no comparison. I went in completely blind. The tomato pesto called for sun dried tomatoes so while at the store, I had the choice between sun dried tomatoes packed in oil, or dehydrated ones meant to top off a salad. I chose the dehydrated ones because they were a dollar cheaper. WRONG DECISION. The pesto came out dry and chunky. As the pesto was the base for the entire dish, it was a costly mistake. I tried to remedy the situation by adding more oil to the pesto, but to no avail. Upon trying the end result, I’ll admit it was tasty, but incredibly dry. It was a rookie mistake and when preparing this recipe at home, I would suggest paying the extra money to get tomatoes packed in oil.

Finally, it was time to re-create those delicious beignets I had first tried years ago at Port Orleans. Channeling Princess Tiana and her world class beignet-making skills, I was off to a great start. Yeast? Check. Eggs? Check. Sugar? Che…..where was the sugar? I swear I remembered seeing it before I went to the store! I went back to my pantry and rummaged through the shelves singing to myself, “…just a half…cup…of sug-ARR makes the beign-eeeets taste sweet!”

Nothing. No sugar. I was in the middle of making this grand meal. I couldn’t just run out and grab some sugar. What was a girl to do? Take lemons and make lemonade of course! I recalled buying a box of Truvia for guests who came to visit a month ago. I pulled out the box, took a deep breath and proceeded to open 27 individual packs of Truvia to use as a sugar substitute. Would my beignets taste the same? I didn’t know, but I was too deep into the journey to turn back now. I continued bravely onward.

The recipe instructed the help of a hand mixer to blend my ingredients together. However, mine was NOT up to the task. I could not figure out why the recipe would suggest using a hand mixer to blend together such a thick dough! Then I looked at the recipe a little closer. Angela’s selective reading strikes again! I was to mix the other ingredients together and THEN add the flour WITHOUT the mixer. I’m going to blame the recipe and say that this was NOT my fault. They did not specify to mix the flour by spoon or hand. That’s my story and I’m sticking to it!

Speaking of sticking, as I began to kneed the dough, it was SO sticky. As I tried to remove dough off of one hand, it got stuck to the other. No matter what I did, I could not get this dough off my hands! I was on the verge of a panic attack when I thought to add more flour. One problem….my hands were too sticky to grab the flour and I was home alone without any help. I thought about taking a picture but as I had no hands, I’ll just leave the look of terror on my face to the imagination. I used my forearms to pour more flour in and conditions greatly improved.

Authors note: Be sure to read the fine print before embarking on your culinary journey. After mixing my beignet ingredients, I found out that I had made enough dough to fry FIVE DOZEN beignets. *sigh*…live and learn.

Annoyed, tired and messy, I was quite pleased to put the dough in the refrigerator over night so we both could chill out. The next morning, I opened the fridge to grab my foe, the dough. I rolled it out, cut it into squares and heated up my oil. I hesitantly dropped a square of dough into the pot and waited.

The dough puffed up beautifully. It was working! I was making beignets! Since I most likely heated my oil too hot, they only took about 5 seconds to turn a nice golden brown (The recipe said 2-3 minutes.) I topped my beignets off with powdered sugar and took a bite. With my Truvia sugar substitute, it tasted a bit like sweet pizza dough, but was still delicious. Success!

I had done it. I had completed my challenge. I had re-created three Disney recipes without managing to cut off a finger or start anything on fire. Sure, there were trials and tribulations along the way, but as I cleaned the kitchen I thought to myself, “What Disney recipe should I try next?”

Have you ever tried re-creating a Disney recipe? What were your favorites? Would you like me to write about future cooking endeavors? Let me know in the comments! 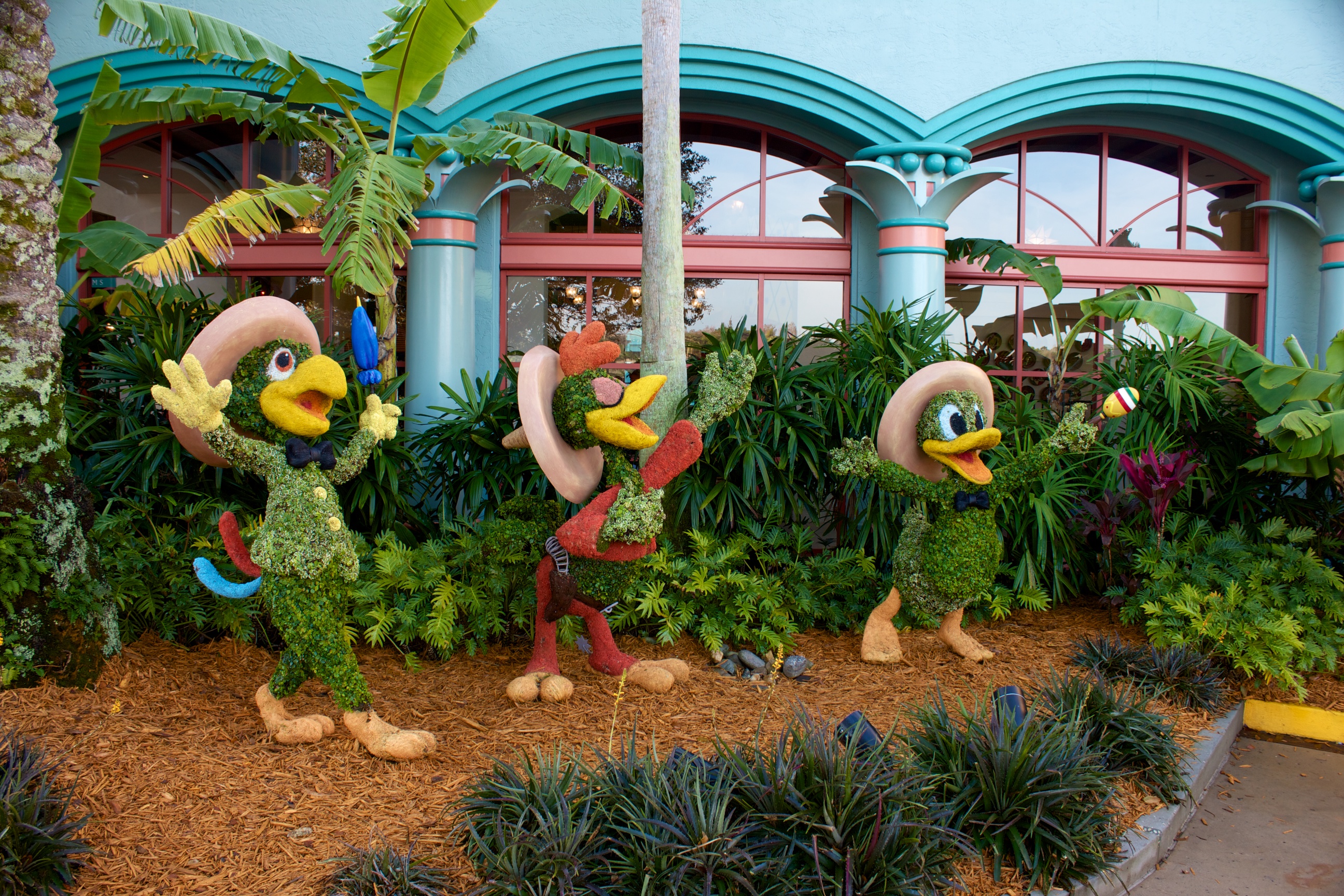 6 thoughts on “Menu Monday: Trials and Tribulations of an Amateur ‘Disney’ Chef”