When you think about Disney parks souvenirs, the products that typically come top of mind include t-shirts, ear hats, and plush toys. While these are certainly all easy-to-find items, another surprisingly prevalent product in the parks is shoes. These range from inexpensive flip-flops to performance athletic equipment, and everything in between.

In addition to being a fun souvenir, many of the shoes sold in the parks can fill the gap if emergency strikes and your luggage is lost or if Little Billy decides that your vacation sneakers are the perfect place to store the leftover half of his Mickey bar.

Here’s a sample of what was available in the parks and resorts in early autumn 2014. The exact designs do change from time to time, but the range of styles and price points generally remains consistent.

Disney-branded flip-flops are sold in most resort gift shops, in the large park retail shops (Mouse Gear at Epcot, The Emporium at the Magic Kingdom), at Blizzard Beach and Typhoon Lagoon, and at the World of Disney at Downtown Disney, as well as in myriad smaller shops throughout the parks. Keep an eye out for special pricing when you buy multiple pairs. You’ll find them in sizes and styles for men, women, and children. The water parks, several shops at Downtown Disney, Island Supply in the Magic Kingdom’s Adventureland, and, strangely, the shop adjacent to the Yak & Yeti restaurant at the Animal Kingdom, typically carry non-Disney branded shoes. These include flip flop style shoes with beading, leather, or other embellishments. You’ll also find velcro-closure waterproof sandals at several of these locations. Disney’s partnership with Crocs means that it’s easy to find Crocs brand shoes in many Disney locations including resort gift shops, Mouse Gear, the Emporium, and the World of Disney stores. The clogs come in versions for men, women, and children.

In the traditional Crocs clog style shoes, look for the cut-outs to resemble Mickey rather than the traditional hole-punch. You may also find Crocs brand shoes with canvas uppers or in a flip flop style. The Fit2Run store, a recent addition to Downtown Disney, carries name brand performance footwear, as well as a full range of other gear for runners such as clothing, fuel, massage tools, and more. While it’s never a good idea to race in new shoes, if you’re in the emergency situation of being at Walt Disney World for a race and having lost luggage, the trained fitters at Fit2Run may be able to help save the day.

Additionally, the pro shops at Disney’s golf courses carry golf shoes, as well as their own selections of name brand athletic gear. Uptown Jewelers on Main Street in the Magic Kingdom appears to be the epicenter of Disney branded flats for women. These ballet style flats come in a range colors and styles, some with prominent Mickey bling, and others with more subtle Mickey patterns. Many stores at Walt Disney World carry novelty shoes near their princess dress section. If you’ve got a budding Ice Queen in your party, you may find that she INSISTS on having appropriate shoes to wear with her gown. SHOES OF THE WORLD

Many of the countries in Epcot’s World Showcase offer shoes related to their represented nation. China and Japan typically have a selection of silk and cotton women’s shoes. Japan usually sells a traditional wooden flip flop style shoe. Germany, Italy, and Mexico have recently sold Adidas brand slides in the colors of those countries’ flags. And if you’re interested in Disney-related shoes but none of these exactly strikes your fancy, you may also want to check out my custom souvenir project which involved having characters sign a pair of canvas shoes.

Have you ever purchased shoes at Walt Disney World? Why or why not? Were you happy with your purchase? Let us know about your experiences in the comments below. 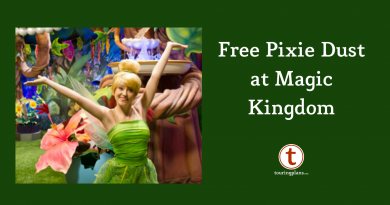 Free Pixie Dust for the Kiddos