Let’s clear something up right away. If you’re caught up on the TouringPlans blog, or follow us on Twitter, you already know that the Bloom family won Thanksgiving. We’re all just battling for second place at this point.

This Thanksgiving, Len Testa and I were on a 5-night Western Caribbean Disney cruise on the Wonder. To be honest, cruising wasn’t my first choice for celebrating. My intent was always to spend the holiday in Palm Springs. Unfortunately, no one else in the family was keen on it, and airfare to California from North Carolina never dropped to within my comfort level. So with two weeks to spare, and having eliminated a few other options, I found restricted rates* on the Wonder for the 23rd to the 28th. This met my needs of warm weather, not having to cook, and price, so after finding favorable airfare, I booked it.

So how is Thanksgiving on the cruise ship? Well, like it is pretty much everywhere else these days, Thanksgiving is swallowed by Christmas. Disney Cruise Line began their “Very Merrytime Sailings” the first week of November, much as Magic Kingdom had its first Mickey’s Very Merry Christmas Party pretty much as soon as the Halloween decorations came down. Wow, Merrytime. I just now got that.

From the loop of Christmas music playing in the Miami port before we boarded, to the tree-lighting ceremony the first night, this was a Christmas cruise that happened to include Thanksgiving. Did I mind? Not really. Crowds were light on the ship and the cruise was very relaxing. We spent Thanksgiving day on Castaway Cay, which was nice. It meant we were able to run the Castaway Cay 5K as our traditional Turkey Trot.

The weather in the Caribbean was pleasant. Our five night itinerary had 2 stops – Castaway Cay and Cozumel – and two sea days. We caught the tail end of the weather that pounded the Northeast on Wednesday. It was windy enough that Disney drained the pools to keep the water from sloshing up on the deck. The wind and rain lasted right up until we docked (slightly late) at Castaway Cay on Thursday. Then everything cleared up. It was still very windy, and all the port excursions on the island were canceled that day. Serenity Bay, the adult beach, which has no breakwater, was particularly breezy, and I’ve never seen so few people there. When we arrived after the race, there weren’t more than 7 or 8 people out on the sand. By lunch time, maybe 20 guests were at Air BBQ to enjoy the freshly grilled meal.

After lunch, Len and I headed to the family beach to enjoy some time in water without worrying about being dragged out to sea by the current. Our big discovery on the island is that Disney has added two new flavors to its soft serve line up. In addition to the usual chocolate-vanilla and strawberry-banana machines, Cookie’s 2 switched the strawberry for pineapple, and Cookie’s BBQ subbed blueberry.

After swimming, we headed back to the ship to freshen up. All afternoon, on the ship, football games were broadcast on both the Funnel Vision screen on the pool deck and in Diversions. Other than the games, the only thing we noticed out of the ordinary was that Pinocchio’s Pizzeria was serving soft pretzels (both cinnamon sugar and regular salted) during the games, something we didn’t see any other time during the cruise. By the way, they were great. I hope they’re a permanent addition to the menu. We were hoping to see the characters dressed as pilgrims that night, but didn’t. That was a little disappointing because it would have been a good photo op.

So here’s the question, you’re all asking – what does Disney Cruise Line serve on Thanksgiving? Each of the main dining rooms served the same menu, which replaced the usual last night of the cruise menu. Here it is:

As you can see, this is a basic cruise menu with some turkey and a few items that have been renamed for the evening. I’m still unclear on what made the seafood sampler “Thanksgiving.” I guess people on cruises are always thankful for crab legs. How did it taste? Well, we ate at Palo that night. We had done dinner and brunch earlier in the cruise and asked if anything special was planned for Palo. The staff considered it, but it turned out that so few people booked Palo dinner that night that your Thanksgiving option was for them to bring up something from the downstairs kitchen and reheat it. We opted not to try that and stuck to the regular Palo menu. Thanksgiving night (and Christmas and New Year’s Eve nights too, according to our server) tends to be very lightly booked for adult dining. The reasoning is that apparently some families like to be together on Thanksgiving. Unfettered by that sentiment, Len and I thoroughly enjoyed our quiet meal. In fact, we never ate in the main dining room the entire cruise and chose room service and snacks from the pool deck the other nights we didn’t eat at Palo.

Cruising was a great way to celebrate Thanksgiving for us. It was absolutely stress free and relaxing. But I’m still holding out for Palm Springs next year, Len.

If you’re considering a Thanksgiving cruise for 2015, your choices are:

Thanksgiving falls on November 26 in 2015. All itineraries are subject to change.

Have you ever spent a holiday on Disney Cruise Line? What did you think?

*Restricted rates are categories IGT (inside), OGT (outside), and VGT (verandah) sold at a discount at the last minute to fill otherwise unbooked staterooms. They are non-refundable, non-transferable, and must be paid in full at the time of booking. You are assigned a stateroom in the category booked usually around five days before sailing. If you are flexible and can travel on short-ish notice, we love these discounts. 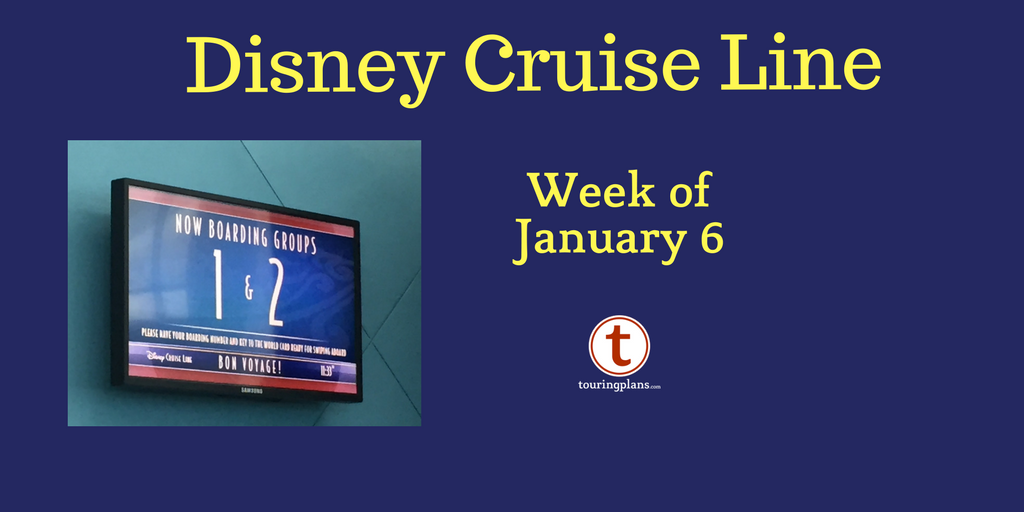 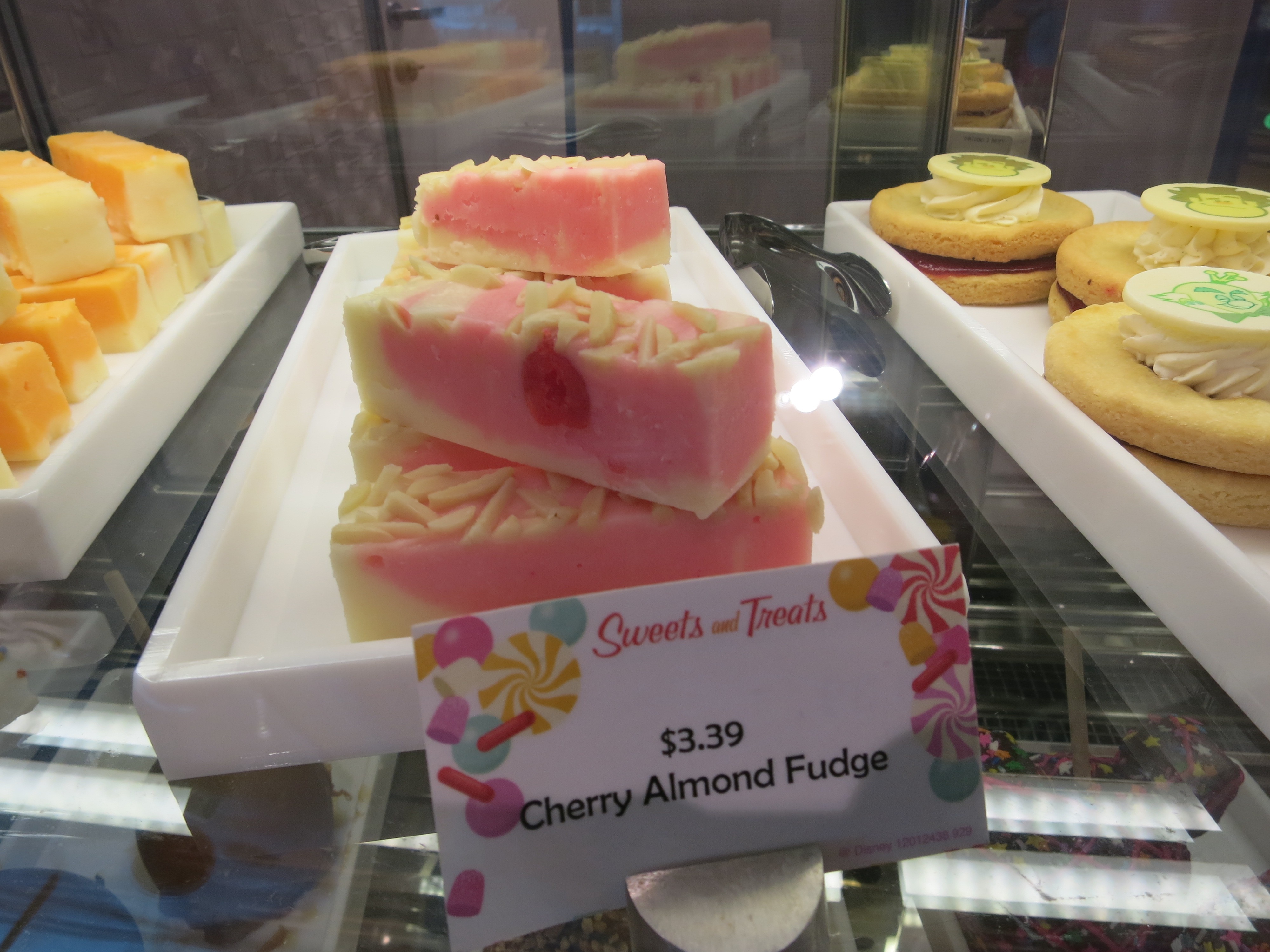 Get to Know Vanellope’s on the Disney Dream