American Ninja Warrior, an NBC and Esquire Network (originally G4) competition show based on the long-running Japanese hit Sasuke, has taken over the New York section of Universal Studios Florida for episode tapings that will take place after park hours on May 10th through 12th.

Tickets to attend the tapings, which will be held at 10:30pm, 12:30am, and 2:30am on Sunday night/Monday morning and Monday night/Tuesday morning, are almost completely sold out at this point, but you may still be able to join the wait list. 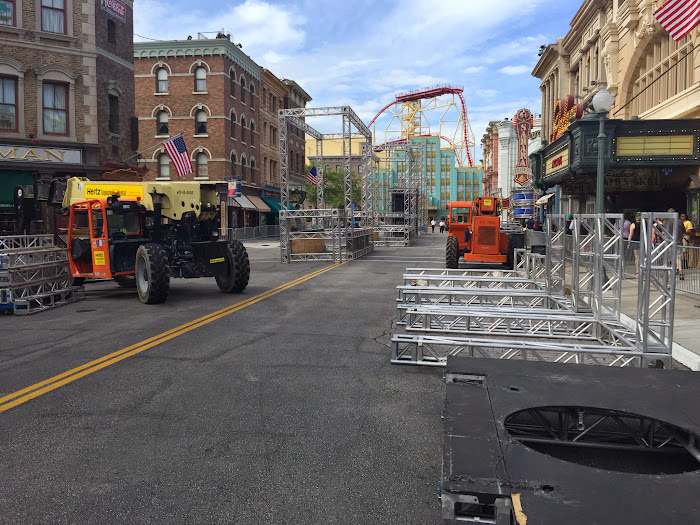 Since the tapings are being held after hours, they shouldn’t have any noticeable effect on wait times or our Crowd Calendar. However, the obstacle course installed for the competition is certainly having an impact on visitors’ experience in the New York area, as you can see from these photos. 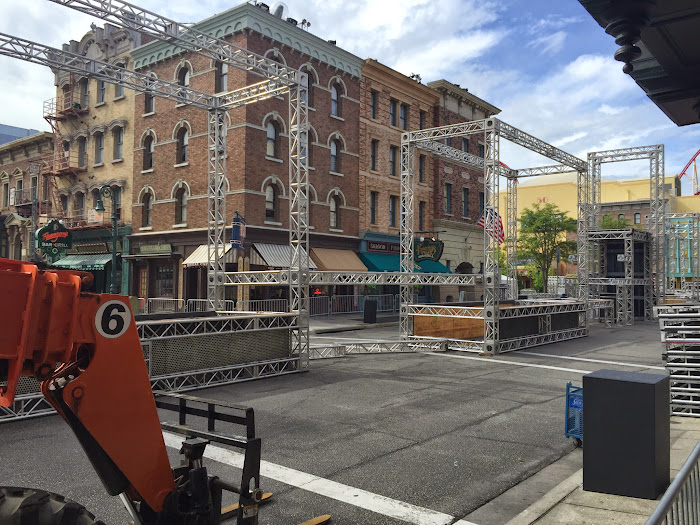 Though all of the attractions and indoor eateries are still in operation, access to them can be somewhat complicated at the moment.

To enter or exit the Mummy, you’ll need to use the sidewalk in front of Louie’s and the Arcade, as USF’s faux 5th Avenue is currently off-limits to pedestrians. 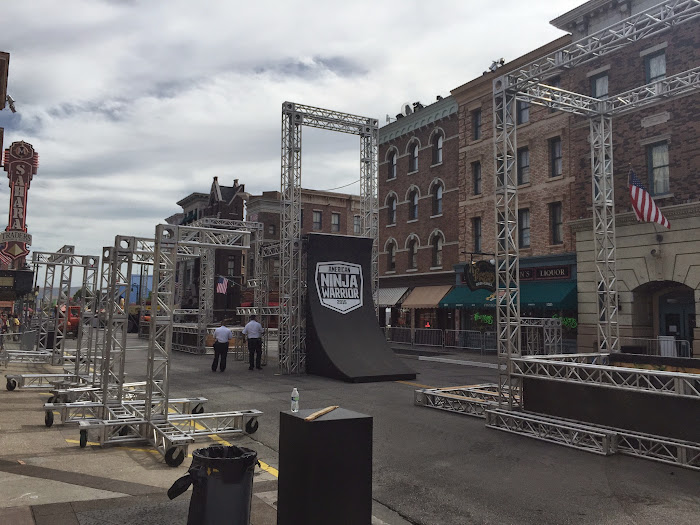 Twister can only be reached from Production Central (near the Classic Monsters Cafe) as direct access from New York is blocked. 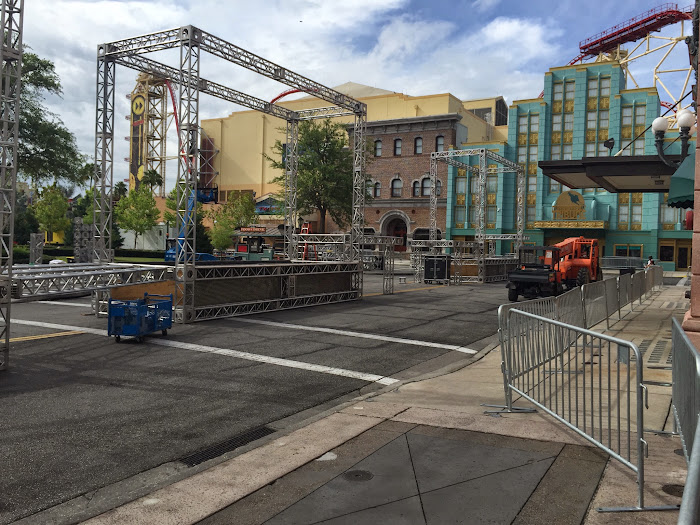 The Blues Brothers continue to perform on their temporary stage near the Christmas shop, and access to Finnegan’s is through the door on Delancey Street. 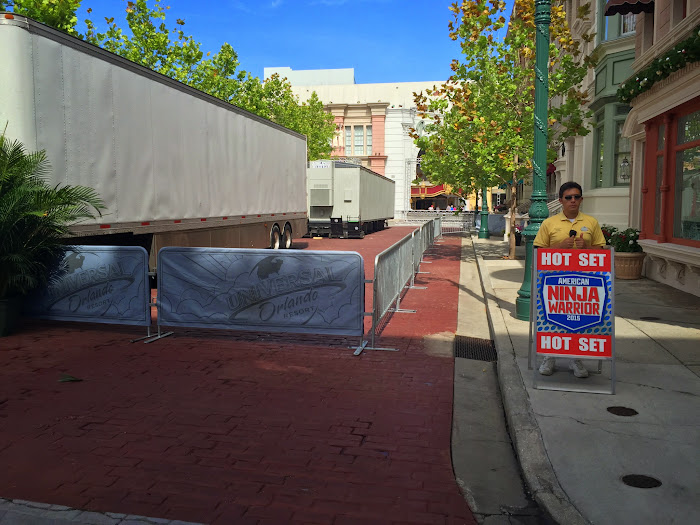 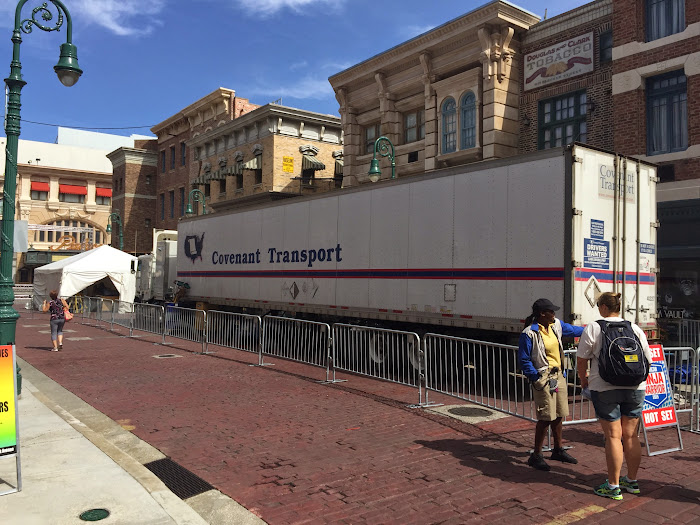 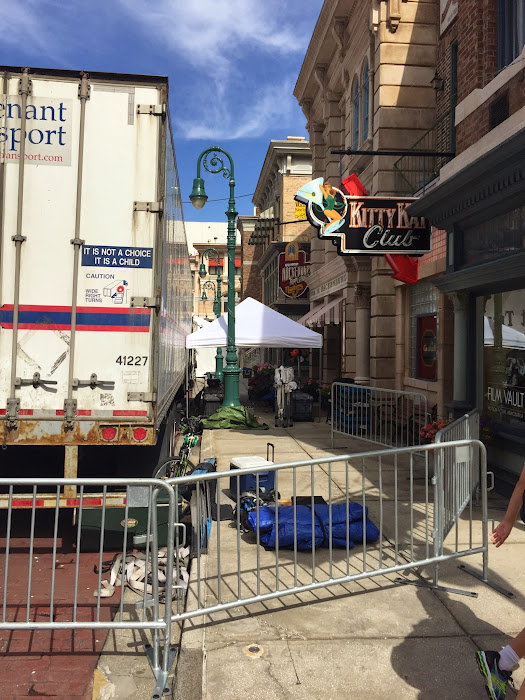 One major impact of American Ninja Warrior is the temporary cancellation of the daily Superstar Parade, whose usually route is in direct conflict with the obstacle course. The Superstar Parade is absent from Universal’s entire published show schedule, which runs through May 13, and the route has even been erased from the new park maps. 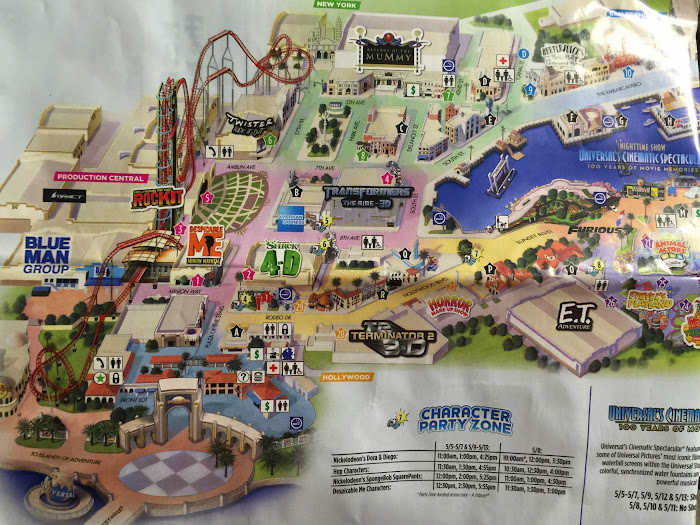 According to Guest Services, the is expected to remain dark for at least a week after the filming ends to dismantle the set. In the meantime, characters and floats from the parade still make scheduled daily appearances at the Character Party Zone near Mel’s Drive-In.

The Best Dessert and Breakfast at Universal Orlando