Thank you to Tammy Whiting for the heads up on this:

Good news, East Coasters – Disney Cruise Line will have sailings out of New York City to Canada and the Bahamas in 2016 on the Magic.

I was lucky enough to catch the Canada itinerary the last time Disney had it, and loved the change of scenery. If you’re looking for something new on DCL, and Alaska or Europe are too far or too much money (in my case – both!), this is a great option to consider.

There will also be sailings from the Big Apple to the Bahamas with stops at Castaway Cay and day trips to Walt Disney World!

The Wonder will continue to sail out of Galveston in 2016. If this is a convenient port for you, look for discounts on the Texas sailings – they rarely sail full.

Bookings begin May 20 for the general public. Castaway Club Gold and Platinum members will get a day’s head start on booking. More details are on Disney’s web site. We’ll update this article as more information comes in.

Here is the text of Disney’s announcement:

Return to New York
On Oct. 7, 2016, the Disney Magic will sail from New York on an eight-night Bahamian cruise that includes stops at Disney’s private island, Castaway Cay; Nassau, Bahamas; and Port Canaveral, Florida, which is located just one hour from the Walt Disney World Resort.

On Oct. 15, 22 and 29, 2016, the Disney Magic will sail from New York on seven-night cruises that stop at Disney Castaway Cay and Port Canaveral.

Adding to the magic on each of these Bahamian cruises will be the opportunity to visit the Walt Disney World Resort when the ship stops at nearby Port Canaveral. Each Guest on these sailings will receive a 1-Day Theme Park Ticket with Park HopperOption and round-trip transportation for the short trip between the ship and the Walt Disney World Resort.

Return to Galveston
In late 2016, Disney Cruise Line returns to Texas with a lineup of seven-night itineraries, including Bahamian sailings that stop at Disney’s private island, Castaway Cay. On Nov. 18, Nov. 25, Dec. 9, Dec. 23 and Dec. 30, 2016, the Disney Wonder will sail on a seven-night Bahamian itinerary from Galveston to Key West, Disney Castaway Cay and Nassau.

Most of the late 2016 cruises include either Halloween or winter-holiday events that bring special entertainment, activities and décor to the Disney Cruise Line ships.

10 Ways to Save Money Onboard Your Disney Cruise 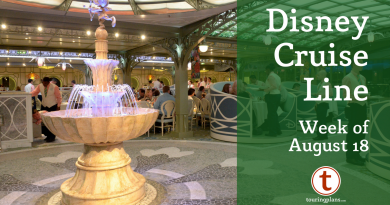 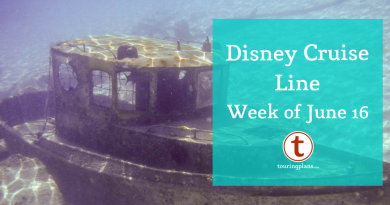