It’s no surprise that Disney’s Hollywood Studios is set for a major revamp. With the heavily rumored changes coming to Walt Disney World’s third theme park, it could potentially lead to a park that’s almost unrecognizable to what many of us grew up visiting. While I think the changes are long overdue, this article isn’t focused on what may come to Hollywood Studios or whatever its new name will be. Instead, I wanted to take a moment to remember some of the aspects of Hollywood Studios (or MGM Studios as some park goers including myself continue to call it on habit) that probably won’t make it through the renovation.

I’m basing this on the rumors that only Tower of Terror, Rock n’ Roller Coaster, Star Tours, Toy Story Mania! and the Great Movie Ride will remain. While I won’t argue that this article covers the definitive best parts of Hollywood Studio’s twenty plus year history, these are some of the more memorable attractions, landmarks and shows at the park for me personally. Some of these things still exist today. Some only closed recently and some haven’t appeared at the park in years. Regardless, each had an impact on Disney’s Hollywood Studios.

I’d like to start by remembering the most recently closed attraction at Hollywood Studios, The Magic of Disney Animation. I’m sad to see it go because I only began to appreciate it in recent years. I wish I had done the Animation Academy — where you get a lesson on how to draw a Disney character — when I was younger. I thought it was fun last year, I can’t even imagine how much I would’ve enjoyed it as a kid. The Magic of Disney Animation also houses a character meet and great area. Unlike most character photo spots, however, the level of detail that went into the waiting queue for the characters is very impressive. I even wrote a blog post about the clever nods to video games in the Wreck It Ralph meet and greet before I ever wrote here. Sure those details would be lost on non-video game fans but I appreciated that Disney took the time to do it.

Another under-appreciated walk-through attraction is Walt Disney: One Man’s Dream. If you’re reading this site regularly, you probably have at least a passing interest in Disney history and seeing the exhibits that this attraction has on display is a unique experience. Plus, I always enjoyed seeing the models of other Disney parks around the world. I remember not really having an interest in going abroad for other Disney Parks until I saw a model from Tokyo DisneySea. Now it’s on my bucket list of places to see. So in a way, Walt Disney: One Man’s Dream helped to fuel my interest in Disney abroad. Hollywood Studios, more than any other Disney Park, has always tried to capitalize on what’s popular now, which has led to some hit or miss results in the long run. Theme park attractions and shows are ideally built to last for years to come but sometimes Disney just tries to strike while the iron is hot. For simplicity sake, I’ll refer to these as trend attractions. There are three examples that stick out most to me. First up is the Honey I Shrunk the Kids Movie Set Adventure, which is somehow still there as I write this. Whatever my feelings are about that part of Hollywood Studios today, I can’t deny how awesome it was to feel like I was the size of an ant while playing in that movie set.

My next memorable attraction is Who Wants to Be a Millionaire – Play It!, which may have one of the weirdest attraction naming conventions but is still an awesome idea. Sure the show isn’t popular anymore but I remember how everyone was absolutely obsessed with it at the time and I think the attraction did a great job of emulating that experience and offering a unique competition-fueled attraction.

Third on my trend attraction list, I want to take the time to remember a stunt show that’s so weird, it’s hard to imagine that it ever happened at Disney World. Did you know that Ace Ventura (yes, the famous Jim Carrey character) once called MGM Studios home? To promote the sequel to the original film, there was a short lived stunt show in the New York Backlot area where Ace would do some “stunts” in attempting to catch a rare animal and then sign autographs. I loved those movies so I thought it was the coolest thing but thinking back on it now, I’m honestly surprised Disney ever gave it the green light considering the movie’s content (not that I’m complaining). It must have been a pretty convincing show too because I remember coming back from a Disney trip and telling all my friends I met Jim Carrey. So young. So naïve.

Coming back to more classic icons, Muppet Vision 3D is the 3D show I’ve probably seen the most at any of the Disney Parks because it usually has a short line and it’s funny. Sam Eagle having a show called “A Salute to All Nations, But Mostly America” will always make me laugh. While Muppet Vision didn’t make the list of rumored safe attractions, I like to think that it’ll live on in spirit over at Magic Kingdom at Mickey’s Philharmagic, which takes a lot of elements from Muppet Vision in my opinion (ie breaking the fourth wall). If the most recent film made more of a splash, who knows what could have happened; still, being located that close to Star Tours probably wasn’t doing it any favors as the Star Wars beast will most likely consume most of the park. Moving away from attractions, I want to take a second to talk about Gertie the dinosaur. I don’t know if Gertie will make it to the newly revamped park but it would feel weird if she didn’t. Basically, dinosaurs are cool and I associate Gertie with Hollywood Studios the way I associate Sonny Eclipse with Magic Kingdom. Are they the most memorable part of the park? Not even close. Am I glad they’re there? Absolutely.

Finally, I want to recognize the Indiana Jones Epic Stunt Spectacular, which is probably the most surprising omission from the list of rumored safe attractions especially since when Disney bought Lucasfilm, they got the rights to not only Star Wars but Indy as well. Again, these are just rumors so it may in fact be safe but regardless, Stunt Spectacular will always be an immensely enjoyable, exciting and my personal favorite live action show at Disney World. While I admit Indiana Jones Adventure at Disneyland is the superior experience (please come to Disney World!), the Stunt Spectacular is fun, funny, exhilarating and everything you’d expect out of an Indiana Jones movie.

Thank you for taking the time read over some of my favorite parts of Hollywood Studios. We could know more about the fate of many of these attractions as early as D23, which is incredibly exciting, but until then, please feel free to share some of your favorite memories of Disney’s Hollywood Studios in the comments below. 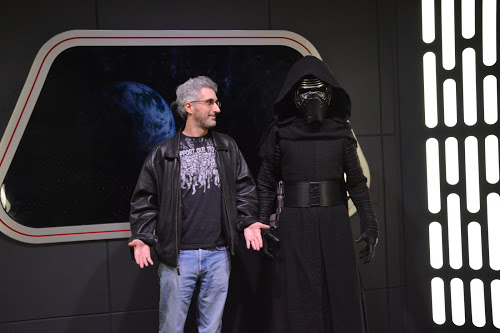 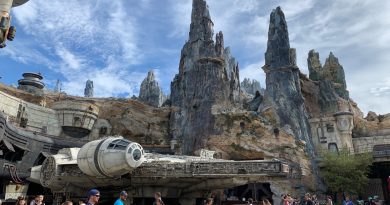