Last time, we discussed what new restaurants we want at Universal CityWalk Orlando as it continues to evolve on its never-ending quest for Floridian dominance. This time, we’re going to tackle the shopping experiences, the side of the equation that has typically – and sadly – gotten the short shaft at the entertainment complex.

Are the likes of Fossil, Element, and Hart & Huntington Tattoo Company just not doing it for you? You’re not alone – especially compared to the absolutely killer lineup of new dining venues that Universal has been busy cobbling together over the past two years. Fortunately enough, the recently revamped Universal Studios Store shows the way forward, with a sleek redesign and a compelling reason to enter and – who knows – maybe eve purchase some Universal-branded memorabilia.

It’s precisely this balance of chic and alluring that will guide our hypothetical selections.

1. Big Fun
“A cornucopia of delights, a cathedral of counter-culture, a warehouse of nerdabilia and nostalgia.”

Nothing says it better than Big Fun’s own official slogan (well, Cleveland.com came close with its own turn of phrase, describing the store as a “cheeky, irreverent, and uniquely Cleveland retailer known for its nostalgic, one-of-a-kind toys and collectibles”). For the past 24 years, the 3,400-square-foot location in Coventry, Ohio has been a happy and massive trip down memory lane, featuring a plethora of toys from your childhood (ranging all the way back to the 1950s, but really picking up steam in the ‘80s), as well as a surprise around nearly every corner, whether it be a vintage poster or a snake-in-the-can that gets unleashed by a giddy patron. Think Weasleys’ Wizard Wheezes, but with real-world collectibles – and real-world magic. Would such a store actually do well at CityWalk? While customers may not want to carry their stuffed-to-the-gills packages around with them at the parks all day, there’s the possibility of Big Fun safe-keeping their bags until the end of the day – or, of course, for the on-site hotel guests to simply have everything delivered directly to their rooms.

More than the pragmatic, logistical concerns, however, there’s the sheer fun that such a location would provide; if millions of people flock to theme parks already to get lost in different worlds or time periods, then extending that theme (pardon the pun) to the actual retail outlets only makes sense. And, obviously, there’s the whole uniqueness factor – one of the biggest single draws that any shop has in either CityWalk or Disney Springs, as providing exclusive experiences is, arguably, the most critical component that either of the two theme park operators can provide.

And getting a vintage, still-in-the-box Transformer is one of the most valuable experiences of them all.

2. Amoeba Music
Amoeba (which has locations in Berkeley, San Francisco, and Hollywood) is a massive music store, containing nearly single genre conceivable in nearly every single format available, from vinyl LPs to CDs, and even DVDs (oh, yeah – they carry movies, too). They also buy as well as sell, which means their stores’ inventories change on a pretty constant basis.

But that’s only scratching the musical surface. Amoeba has additionally become famous for its string of live concerts throughout the year, many of which are free and which consist of an equally diverse roster of bands and performers, both old and new. (Be sure to check out the full lineup, if you’re so inclined.)

Then there’s the fascinating video series, What’s in My Bag?, which has all these various celebrities go through what they’ve purchased while in the store and why. If you’re looking to expand your musical horizons, this is one of the easiest and most surefire ways to do so.

All in all, Amoeba’s grand ambition is to be a “meeting place for California’s most colorful community of progressive and creative minds.” It’s easy to see how this could be expanded to include Orlando’s artistic scene, which is unusual and vibrant in its own right (and not to mention similarly touristy). It’s so easy, in fact, that some might argue that Hard Rock Café has already covered it, what with its next-door performance venue and all. While there are certainly some similarities, the difference in tone and ambiance – not to mention the little fact that Hard Rock is a restaurant while Amoeba is, obviously, a retail establishment – instantly puts any such considerations out of one’s mind. And, indeed, Amoeba’s presence would help to alleviate another problem that currently plagues CityWalk: the lack of entertainment in the dining/shopping/entertainment complex. Having a second concert space certainly wouldn’t hurt the roster of activities at the relatively small area, and having what are sure to be decidedly different artists lined up there would make for a compelling alternative rather than a direct competitor (although, as the old saying goes, competition does make for a better product, so that wouldn’t necessarily be a problem, either).

3. City Lights
San Francisco is known for many incredible offerings, and City Lights would absolutely have to be near the top of that list.

Founded by Beat poets in 1953, the bookstore is still a “literary landmark,” featuring a collection of what can only be called alternative releases and a famous existential door (“I am the door,” it silently intones). It’s also gone down in history as being the country’s first all-paperback bookstore, along with being a publisher in its own right. As the store itself notes, “City Lights has become world-famous, but it has retained an intimate, casual, anarchic charm. It’s a completely unique San Francisco experience, and a must for anyone who appreciates good books.”

Which might actually bring us to the crux of the matter: a book store in a theme park resort? Yes, indeed. There are all kinds who travel to Orlando, particularly from a number of foreign nations, and having a little taste of authentic American culture wouldn’t be out of place for them at all (not to mention all the Americans who consistently miss out on their own culture). If mixed with a coffee shop and a heaping helping of hard-to-find titles and editions, that just might be a strong enough recipe for success as well as originality. But, much like positing bringing Bourbon and Branch out east, this idea is predicated on the idea of valuing “unique” as much as – if not more than – “commercial,” and of delivering an experience that is wholly absent from both CityWalk and Disney Springs. In an era when big-name franchises are continuing to multiple and crowd out original attractions in the parks proper, this would be a decided breath of fresh air.

Besides… having what is essentially a counter-culture shrine in one of the most mainstream of popular cultures is just too delicious to pass up. 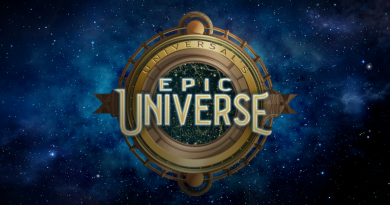 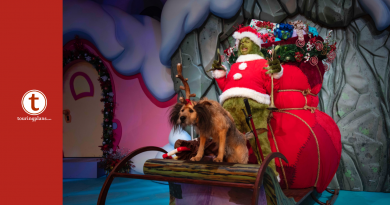 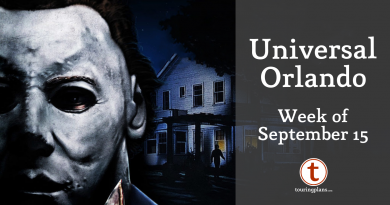 5 thoughts on “Six Experiences We Need at CityWalk, Part II”