This past summer, Disney announced that a brand new land was slated for Disney’s Hollywood Studios. The land, called Toy Story Land would have Guests finding themselves shrunk down to the size of the toy as they enter the world of Buzz, Woody, Bo Peep, Jessie, Potato Head, Rex, and the rest of your Toy Story favorites.

Today, we have more details on the two new attractions that will be opening in this newly-built, immersive land.

On Slinky Dog Dash, a family roller coaster, Guests will find themselves on a coaster track Andy has built in his backyard using his Mega Coaster Play Kit. Toy Story characters will, of course, find their way into the attraction in fun and unique ways as Guests zip, dodge and dash around many turns and drops that Andy has created to really make Slinky and his coils stretch to his limits.

Here is a short video rendition of what Guests can expect to experience on Slinky Dog Dash:

The second attraction is themed after the aliens showcased in the film. It will be called Alien Swirling Saucers and will find the aliens which are flying around in their toy flying saucers and trying to capture your rocket toy vehicle with “The Claw.” As Guests rotate around toy planets, music, lighting, and sound effects will add the the fun as “The Claw” looms over you. There will also be “Space Jazz” music created specifically for the attraction.

For those who can’t wait for Toy Story excitement at Disney’s Hollywood Studios, it was also announced that the third track for Toy Story Midway Mania would be opening Memorial Day Weekend, giving Guests more chances to ride this attraction during the popular busy months.

Toy Story Land looks to be an exciting adventure. I cannot wait to be able to share more details with you all going forward. 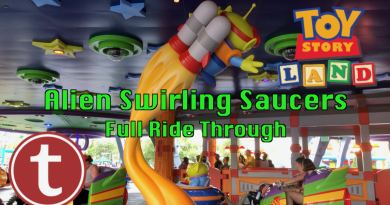 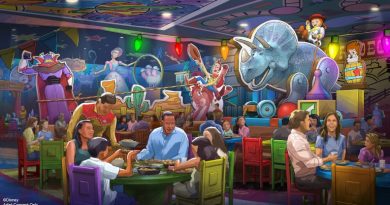 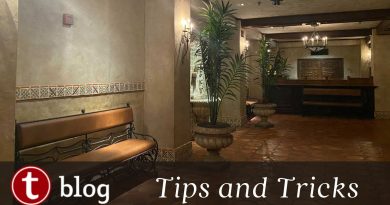