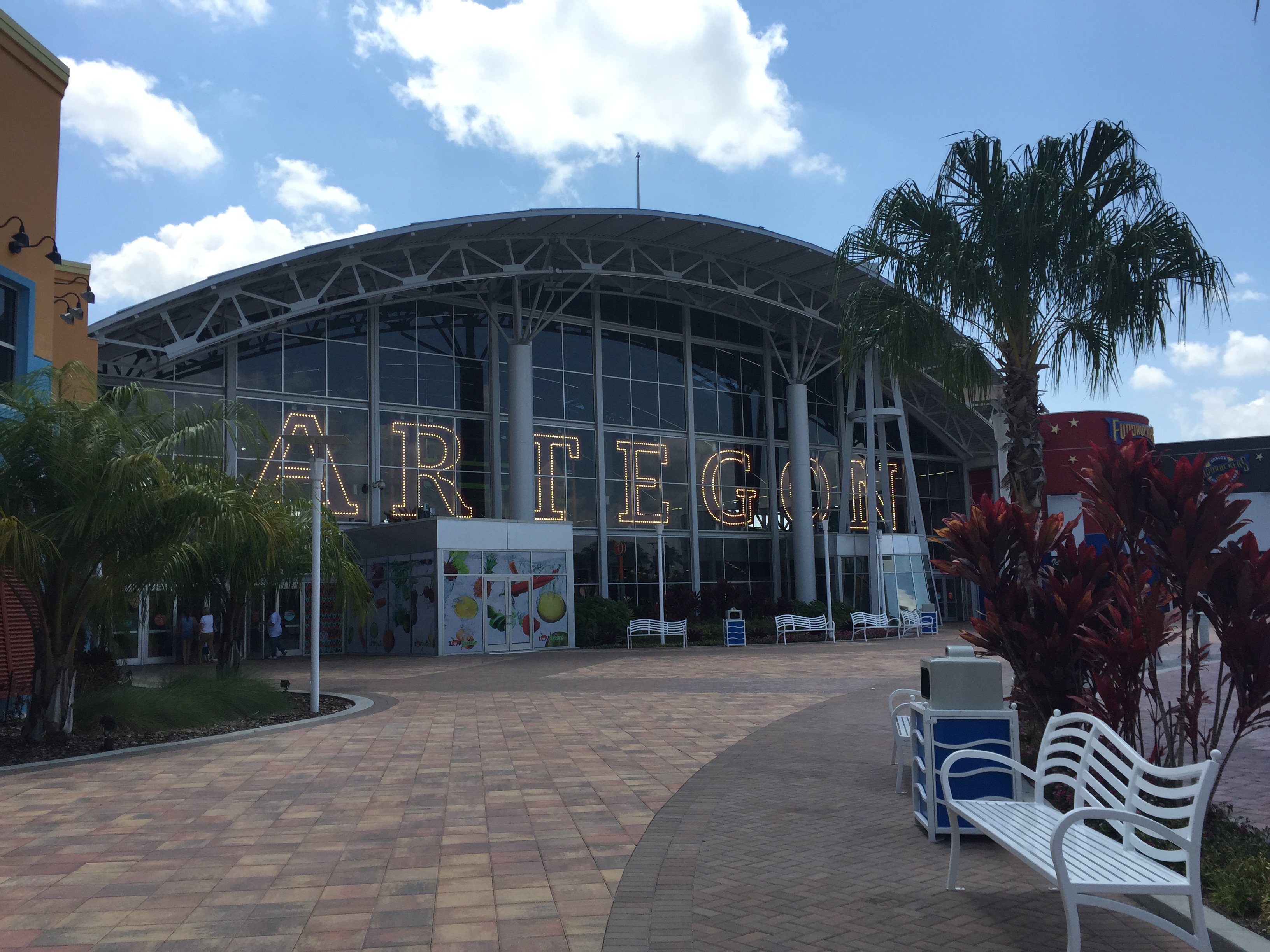 I can’t say that I spend the most time at Disney of any theme park aficionado. I try to make it to the parks once a week solo for research or live tweeting, and then most weekends we spend some family time at Disney. There are some weekends when Disney just doesn’t feel like the right weekend excursion. So after begging and pleading not to be sent all over Disney in search for Disney Dollars or to rope drop Disney Springs for the chance of blowing my diet with one bite of cupcakes, pastries, or poutine, the weekend plans had me looking outside the Disney bubble. That is truly one joy of living here–it would be almost impossible to run out of things to do for a weekend.

One “task” that was on the to-do list for this month was getting to Sea World to renew our annual passes and to get my daughter a preschool pass that gives her free admission until the end of the year. The pass is for ages five and under, but if you renew it before your child’s sixth birthday, they can use it until the end of the year. Best of all, it is free (with certain restrictions: Florida residency required, you must sign up for it online, and you have to bring a certified birth certificate or passport to redeem it in the park). In many ways, Sea World is our “local” park more than Disney, which is both local for us and still an amazing vacation destination. On a typical trip to Sea World, we wander around and take a look at a few animals and leave before lunch. In general, we don’t run into large crowds, and we never wait for anything, because we don’t do thrill rides. It is a very mellow experience. For instance, we could just spend time watching the stingrays glide around the pool. After trading in our vouchers for paper annual passes (because at a park where you may get wet, paper is totally the way to go), we headed in. First stop, as always, was the flamingos. One huge contrast between Sea World and animal experiences at Disney is that you get closer to the animals at Sea World. How much closer? Yes, they take the flamingos out for walks in the crowd. On the top of the list for my daughter when we are at Sea World is to visit the dolphins. The “underground” viewing area is our favorite, not only for the view, but also because it is comfortably cool. During our visit, one dolphin was hamming it up for everyone. He kept blowing a ring-shaped bubble, bouncing it a few times, and then swimming through it to break it. Eventually, we headed back into the Florida heat to take a look at another local–the most relaxed creature of all, the manatee. As the warm seasons starts in Florida, no matter what park you are touring, the trick becomes moving from place of cool and shade to another place of cool and shade. On our way to the other request for the day, we ducked into Antarctica: Empire of the Penguin. Although there is a ride option to it, the last time we went on it, we didn’t think it was anything too memorable, so we opted to skip the ride portion and go directly into the penguin enclosure. A few minutes of 32 degrees was enough to cool us of, so back into the sunshine we went. The next shade and a/c stop was the shark exhibit, a favorite of ours. Crowds at Sea World are lighter than Disney, and so we largely had the exhibit to ourselves. I don’t know if it is the lighting or the state of the tanks, but the tanks here are much better than the ones at The Living Seas in terms of clarity. On the way through the conveyor belt ride at the end, we saw several maintenance workers, a puddle of water, and some towels–plus a guy on a radio telling someone “You better believe we’re not going anywhere.” Yes, the shark enclosure was leaking. Not horribly bad, and we were never in any danger, but you’ll forgive me if I didn’t stick around to take more photos! There was one more item on my list for today–to see Sea World’s Annual Pass Member lounge. I’ve been eagerly waiting for the DVC Lounge to open at Disney, and I’ve been to different courtesy lounges at Disney over many years, but this was my first time to see how another theme park offers one. A few things to note: the Pass Member Lounge is located inside the Terrace BBQ restaurant, and while the restaurant building opens before 11, the Pass Member Lounge itself does not. At 11, there was a small group of us waiting to get in, so they opened the door for us, but at other times, we’d scan the barcode of our pass to unlock the door. Once inside, there were some nice features, including charging stations… And even food for sale. We were feeling a bit peckish, so we opted to split some chips and salsa. The food was reasonably priced, although it wasn’t anything exceptional. The fruit that came with it was a nice touch, however. While we were waiting on the food, we looked around and were given free grocery bag/backpack combo bags. Pass Member merchandise was also available for sale. Overall, it was a great place to go inside and cool off, and was nicer than many of the Disney lounges I’ve been to. After this quick pick-us-up, we decided to head out of the park for lunch. Not too far down I-Drive is one of the secret gems that locals don’t mention a lot–Artegon Marketplace. Imagine a 1980s mall that has been gutted and handed over to craftspersons, artisans, and artists to fill with aspects of their own whimsy. That’s the gist behind Artegon. If you ever have a day when you don’t have park passes or a day when the weather just isn’t right for being outside, Artegon is an amazing place to spend the day. First, we stopped for a quick bite to eat. Much of the food options are still in the process of being added, but there is a pizza place, a custom sushi place, Fuddruckers, and some drink and dessert options. Pizza won out for the day, and at Pizza @Artegon, you can pile on a variety of toppings. I had neglected to get a proper umbrella drink on our recent cruise, so I went with a fresh pineapple-coconut smoothie, for the presentation as well as the drink. This is mall food, Florida Style. And yes, they can do alcoholic versions, also in the pineapple. As I had been to Artegon before, but the rest of the family had not, we wandered around (and yes, I carried my pineapple drink with me). You’ll find stores here that you just have to go and see for yourself to believe. A beef jerky store. A bonsai store. A boomerang store. A Russian nesting doll store. Handicraft stores from cultures around the world. Homemade soaps. Jewelry made from orange peels. If you need something unique, you can probably find it at Artegon. Even on a Saturday, it wasn’t horribly crowded, which also was nice for us (although possibly disappointing for vendors). One aspect that really stands out at Artegon are the various activities available. There’s an indoor trampoline park. A magic store (although closed when we stopped by). The other big anchors are a Ron Jon Surf Shop, a Bass Pro Shop, and a Cinemark Movie Theater. Scattered around, there’s also interactive art and activities. There were foosball tables, an oversized wall Scrabble board, art tables, LEGO tables, and even more. Even in the rush of theme park life, sometimes simple things are the best pleasures, like spinning bicycle wheels mounted on a wall. And so the week turns, on the Best Week Ever.