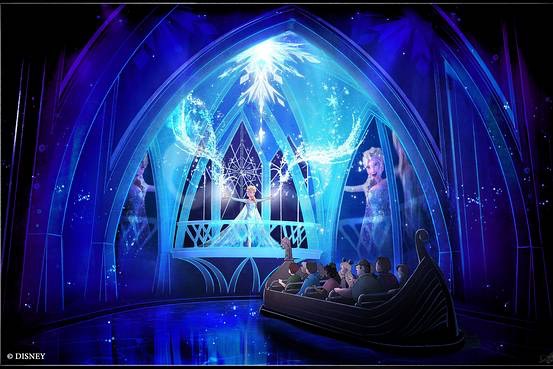 It is time to get Frozen at Epcot! Both Frozen Ever After and the Royal Sommerhaus are slated to debut on June 21!

These two attractions, both located in the Norway Pavilion will give Guests a chance to experience the Frozen story in a whole new way.

With the Frozen Ever After attraction, the timeline for the ride, which replaced Maelstrom, will occur after the film takes place. It will take guests on a boat tour through Arendelle during a “Winter in Summer” celebration where Queen Elsa who has embraced will create a winter-in-summer day. During the adventure Queen Elsa, Princess Anna, Kristoff, Olaf, trolls and Marshmallow join Guests on their boat journey through the frozen willow forest, past Troll Valley and up to the North Mountain to Elsa’s ice palace, returning to the Bay of Arendelle.

For those looking to make FastPass+ reservations, you will be able to do so beginning on May 21.

Royal Sommerhaus will not be offering FastPass+.

As a reminder, with the addition of the Royal Sommerhaus at Epcot, Anna and Elsa will be leaving the Princess Fairytale Hall at the Magic Kingdom. Other characters will be slated to take their place in the Fantasyland meet and greet location. For Guests looking to see Anna and Elsa in the Magic Kingdom, you’ll be able to catch them in both the Festival of Fantasy Parade and the upcoming new Cinderella Castle stage show, Mickey’s Royal Friendship Faire.

With the addition of both the Royal Sommerhaus and Frozen Ever After, the Norway Pavilion will now open at 9:00 a.m. daily.

Full Menus for the Epcot International Festival of Holidays

A Preview of the Epcot Flower and Garden Festival Passport