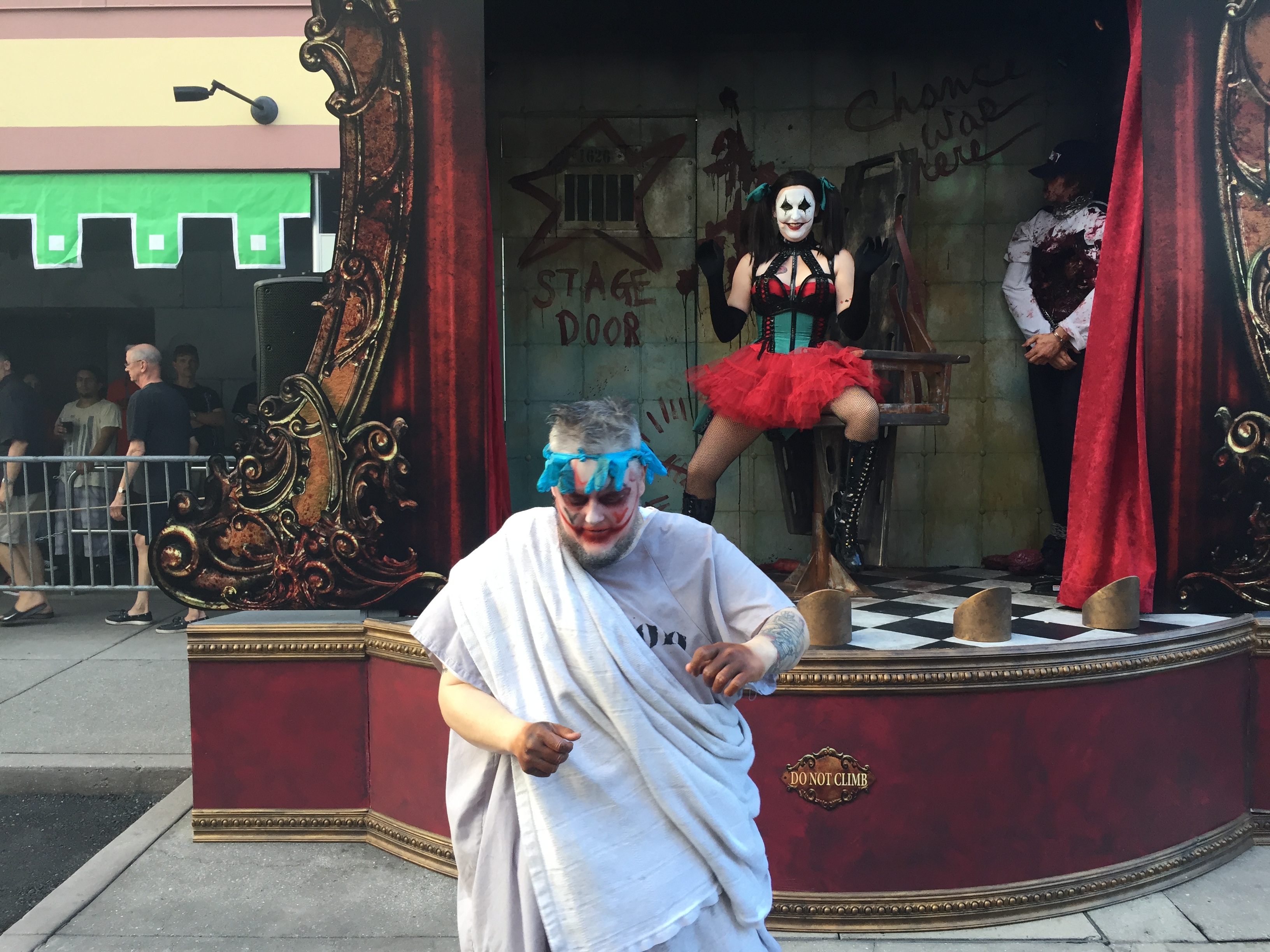 This past year I’ve learned a lot about fear. Facing your fear doesn’t necessarily mean that your fear goes away. Instead, it means you acknowledge it, accept it, and do the thing that scares you despite the fear. Last year I went to Halloween Horror Nights for the first time. It is nearly impossible to believe that I would do so once, let alone a second time. And yet, I did. And it turned out to be one of my best evenings ever.

Attending Halloween Horror Nights last year for the first time was eyeopening. Here are my tips on enjoying the event even when you’re scared of pretty much everything. This time around I attended the event almost from beginning to end, and experienced a lot more than my first visit. Here’s how I not only faced my fear, but quite possibly became a fan of this frightfully fun event. In order to get settled and used to the mood and gruesome details, and to make the most of our time, I signed us up for the Universal Orlando Annual Passholder early entrance. But, well we didn’t quite make it. You see, first timer friend and I met up at TGI Friday’s across the street from Universal Orlando, on Kirkman, for one round of drinks to help ease the tension. It took longer than expected and a back up at the Universal Orlando parking toll also delayed us. But the cherry on top was me forgetting the Halloween Horror Nights tickets in my car, and not realizing it until we attempted to check in at the UOAP table. D’oh!

After gaining some extra exercise by walking all the way back to my car to retrieve the ticket, we made it back to the entrance for Universal Orlando Annual Passholder early entry 15 minutes before official park opening for the event, which is 6:30 PM. So really we lost out on the real advantange, which is access to a small selection of houses before official opening, but it still gave us some extra time to get used to the atmosphere before the darkness set in. Use the scare zones to warm up

I love scare zones. They were my focus last year and I thought that’s what my focus would be on this year… I was wrong (more on that later). The scare zones are a great way to get used to spooks and startles without being in a dark, enclosed, and often overwhelming place. This year there are five scare zones, plus two sections with a group of menacing chainsaw wielding scareactors *in Springfield USA and the walkway along the side of Transformers: The Ride 3-D.

There’s no escaping the first scarezone, Chance in Hell where this year’s icon, Chance, reigns supreme. This scare zone is like a mini-show with Chance taking stage interacting with guests while her fellow asylum escapees creep out the onlookers. We made our way through all the scare zones once before the sun completely set. Giving us time to know which zones were the most intense and which ones we wouldn’t mind visiting again once darkness set.

After just two scare zones we were ready for our first house of the night! Whether you are in a scare zone or in a house, it is important to keep a wide view. If you get tunnel vision it becomes much easier to get spooked because you won’t be aware of everything around you. As we went through the houses and  scare zones, especially the houses, I had to keep pulling myself out of tunnel vision, reminding myself to look all around me not just at whatever was directly near me. Besides if you keep a wide view you’ll be able to enjoy the atmosphere and details more. Last year I said it was a good idea to read up on spoilers, especially be visiting Twitter and the appropriate hashtag, in this case it is #HHN26. This is only if you are a scardy cat who does better when you know what to expect, like me. I do better if I have a general idea of what will happen in a scare zone or house.

However, I had also set in my mind that the only house I could handle is Krampus (I love Christmas even if it is a scary version). However, as we made our daylight stroll, we came across Lunatics Playground 3-D house at only a ten minute wait. It took a lot of coaxing and perhaps some liquid courage thanks to the specialty drink “Chance’s Kiss” but mainly I had to remind myself that ever since I started trying thrill rides and other scary things, nothing has ever been as bad as I made it up to be in my mind. So we went for it. Lunatics Playground is almost an assault on the senses. It is blacklit with psychedelic colors and gruesome scenes bombarding your sight. Yet, it is not as overwhelming as other houses. There is a fair amount of walking space between scenes. And since it is considered to be Chance’s house it is a good one to start with as it somewhat sets the tone for this year’s event. If I had stuck to my original plan and started with Krampus I am not certain I would have felt confident enough to venture into other houses. Once I realized I could make it through something I once believed was too much for me, it became rewarding to get through a house. During the experience itself I may have regretted this new found ambition, but the moment I got through it, I felt a huge sense of accomplishment… and I wanted more of it.

In fact by the time we’d done our fourth house that night, the most intense in my opinion, Tomb of the Ancients, I thought it might be time to tap out. Then as we headed toward the front of the park, we saw that Ghost Town house posted a 10 minute wait time. We decided to go for it. It feel like quite an accomplishment to go through five houses when I originally intended to only do one.

One of the best recent additions to Halloween Horror Nights is that the Wizarding World of Harry Potter – Diagon Alley is open. This breathtaking part of the park is the perfect place to take a break and relax for a few moments. Hopped up on my new found love of facing my fears, we decided to wait 20 minutes to board Escape from Gringotts. Each time I experience this ride I notice something I didn’t see before.

We capped off our reprieve with a frosty treat from Florean Fortesque’s ice cream parlor. While my friends went with the popular Butterbeer soft serve, I went with my favorite soft serve flavor: Toffee Apple. We practically walked right up to the counter to order, which itself is a rare treat. Find whatever makes you feel good about you and use it to your advantage at the event. On the drive to Universal Orlando I rocked out to a playlist of songs thatd hype me up. I wore an outfit that made me feel good, and put me in a brave, confident mindset. As we walked through the scare zone I’d catch the eye of a scareactor or two and stare them down. Not in an aggressive way, but I matched their gaze and didn’t back down. We all have something that makes us feel confident in ourselves. So tap into that and flaunt it. Walk through Halloween Horror Nights like it is a catwalk, strut your stuff. Do what you need to do to help you feel like you rock, because you do. Let go and have fun. Take silly pictures. Or let it out and scream. Whatever it is, just have fun. You might just find that your visit to Halloween Horror Nights could be your best ever visit to Universal Orlando. 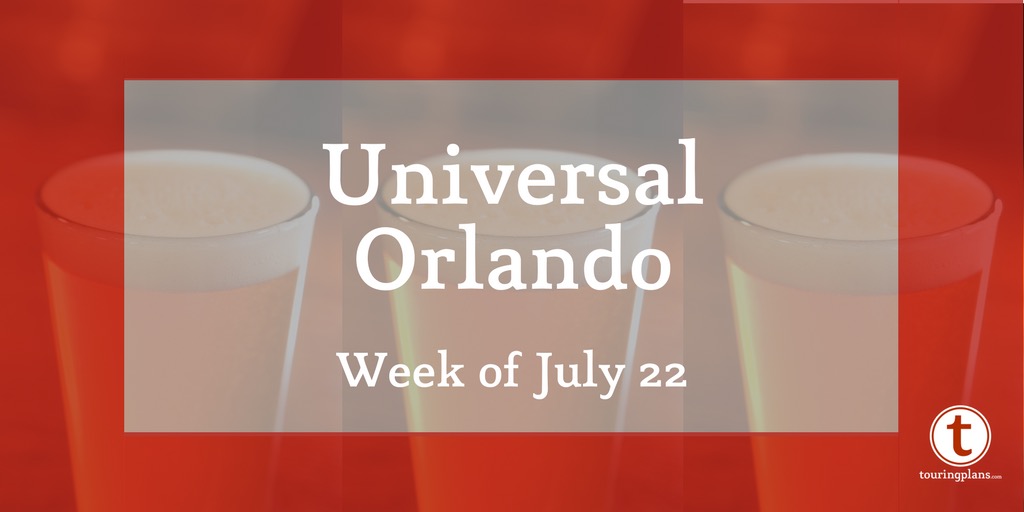 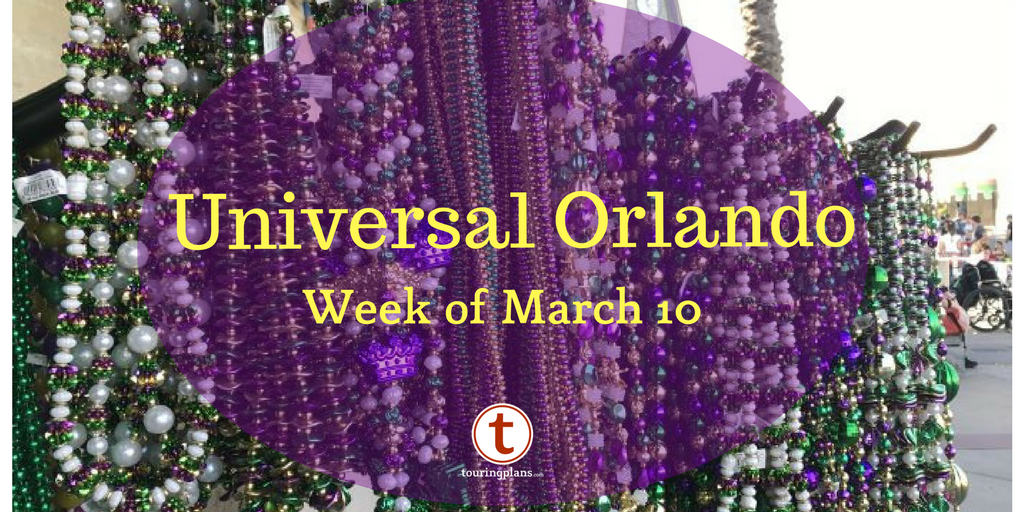