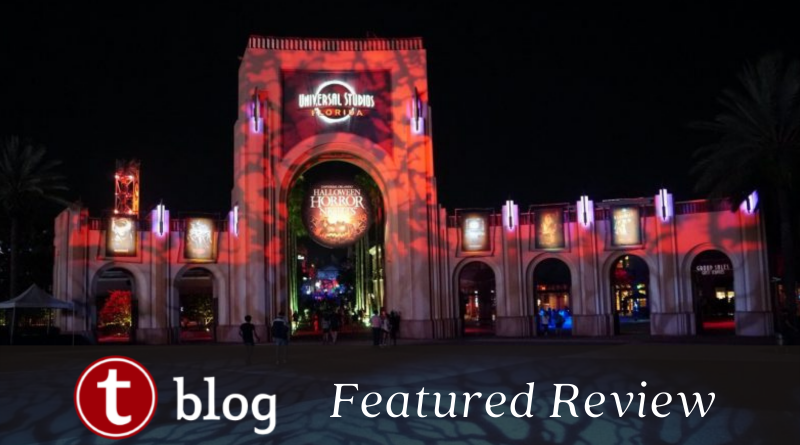 Warning: The photos and videos below feature flashing lights, creepy imagery, and simulated gore. Reader and viewer discretion is advised.

Before the screams begin, the hype starts. Lovingly referred to as “announcement season” Universal drip-feeds HHN news and information out over months to entice guests to book a visit.

Last year HHN landed one of their biggest house properties: Ghostbusters. For the announcement, they created an equally impressive hype video.

At HHN25 Jack was back–this time with a new look and even more fiends at his disposal. This un-aired extended cut of that year’s television advertisement shows a last-minute nixed property: Scream.

In 2017, horror director Eli Roth filmed the HHN television advertisement, which featured properties from that year: Saw, American Horror Story, and The Shining.

For HHN28, Universal Orlando filmed a round-table discussion with entertainment to discuss that year’s event, answer fan questions, give a peek into the design process, and reveal the final house to terrorize guests: Scary Tales.

Throughout the pedestrian areas of the park, Universal builds Scare Zones, themed areas that bend reality and attempt to scare you. Each year these areas change to highlight new characters, locations, and moods.

HHN25 brought the return of “icons”, original creations by Universal Orlando that set a tone and advertise the event for a year. In the Icons Unleashed scare zone guests would come face to face with icons of the past and their minions.

What if all the popular kids from high school are actually vampires? Taking place during homecoming, Vamp ’55 is a fan favorite scare zone.

Shows root back to the first days of Fright Nights in 1991 and continue to be an important part of Halloween Horror Nights. We have seen magicians, musical acts, fire breathing robots, a parade of drums, a killer circus, and more.

Universal handed HHN25 to Jack the Clown who brought his maniacs to the event. A sequel to the original Carnival of Carnage from HHN17, The Carnage Returns stars Jack, his sidekick Chance, and their maniacs as they torment unwitting guests.

Last, but certainly not least, Bill & Ted said “catch you later audience dudes” at HHN27. After 26 years of shows, they hopped into their phone booth to catch up with their destiny of becoming the chosen ones. While they are gone we can relive the show’s history in this excellent Expedition Theme Park video.

Haunted houses are the backbone of Halloween Horror Nights. Every year Universal builds brand new, E-Ticket-level walkthrough experiences for guests based on original concepts or existing properties. These walkthroughs are grand in scale and execution, on par or surpassing the most elaborate attractions designed by Disney or Universal.

To celebrate a quarter-century of spooks, Universal created their longest maze ever. Jack Presents: 25 Years of Monsters and Mayhem walks through HHN’s past by mashing up old house concepts into one epic attraction.

There are few shows with a larger cultural impact over the last decade than Stranger Things. Netflix partnered with Universal to bring the hit series to life at HHN28 and HHN29.

When announced for HHN28, fans wondered how Poltergeist would be interpreted as a house. The movie relied on suspense over jump scares. Universal figured it out: start at the end and walk into the light.

A dust bowl era farm is infested with killer Scarecrows out for vengeance. Scarecrow: The Reaping from HHN 27 is one of the highest-rated haunted houses from the past five years, for good reason. From incredible scare actor performances to amazing sets, this house had it all.

As a thunderstorm rolls through a western ghost town the spirits of the long lost town come back to relive their glory days. THAT’S MY GOLD!

What is a night at Halloween Horror Nights without pulsating music? HHN always dials up the music to 11, but we think last year’s synth-heavy score that feels ripped out of the 80s is particularly inspired. Below is the 70-minute park-wide loop for last year’s event.

Is that growling you hear your stomach and not a zombie? Food channel Delish covers some of the specialty foods and drinks offered at HHN29. I was a personal fan of the bento box from the Starcourt Mall and I might have had one or two Pizza Fries during my visit.

The spooks, smoke, and screams might be gone this year one Halloween tradition continues on: the HHN Tribute Store. The store is created by the same team that works on the Potter shops and each room creates its own unique atmosphere.

What are your highlights of Halloween Horror Nights from the past five years? Leave your favorites in the comments below!