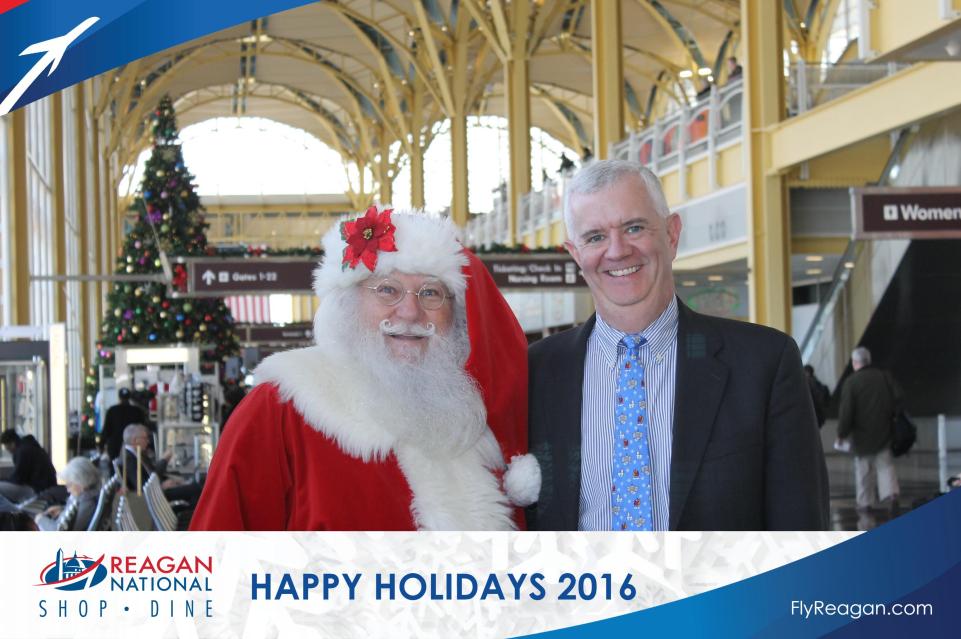 The below is a guest post from Phil Cronin. The new year will bring about a new aspect of TouringPlans.com: coverage of Washington, D.C., our first non-theme park destination. Come back for that, but for now enjoy Christmas in D.C.

Like most people, when I think of Christmas, I think of Washington, D.C. Wait…what? Don’t be shocked–there are many free ways to get the holiday spirit in Our Nation’s Capital.

Since 1923, the National Christmas Tree has been on the Ellipse on the south side of the White House.  The tree is lit from 4:30 PM until 10 PM each night until New Year’s Day.

Next to the National Tree is the Pathway of Peace, which has 56 smaller trees representing DC, states, and territories of the United States.  Each is decorated with handmade ornaments by a group from that district/state/territory.

Going around the National Tree are toy trains.  Folks toss coins into the trains and the money is donated to local charities.  Bring some change for the kiddies.

From December 7th to the 22nd, there are nightly 30-minute musical performances.

The Pathway of Peace is open from 10 AM daily.  This is a chance to see the trees and trains without crowds.  All activities are free.  Since everything is on the south side of the White House, the Smithsonian Metro stop is the closest.

Pro Tip for the future: Book the last tickets of the day in the Washington Monument and watch the lights of the city turn on. This is for the future because the monument is closed until 2019 to repair the elevator.

The Capitol Christmas Tree is brought in each year and placed on the west side of the Capitol.  This year’s tree is from Idaho.

The tree is lit from dusk until 11 PM each night until Christmas.  There are no other activities there (making for a quick visit), but it does make for some great photo opportunities.

Pro Tip: When Congress is out of session, you can drive and park along Maryland Avenue, SW.

Until January 1st (except December 24th & 25th) the National Zoo is open until 9 PM.  This is a great event. The main path in the zoo is set up with light displays, most of which are in the shape of different animals.

There is also a laser light show, which, to me anyway, includes an appearance by the disco Everest Yeti. There is a light show near where the “snowless tubing” and carousel are located.  Musical performances happen each evening and the Small Mammal and Reptile House are open to visit or to warm up. Same idea, but different climate, as Carousel of Progress at Disney. Concessions stands and gift shops are open.

This event is free, although the cost for the tubing, carousel, or train ride is $3 per person.

Pro Tip: Get off at the Cleveland Park Metro stop and not the Zoo stop. Same distance to the zoo, but it is not uphill.  When leaving, you can walk down to the Zoo stop.

One of the nicest, and most overlooked, trees in Washington, DC. It is a beautiful tree in a beautiful building. Issue is they put the tree up later (usually around the second week of December) than everyone else in DC, so check before you go. The tree’s ornaments have a literary theme and each state is represented. The whole Library of Congress is worth a visit, but if you are short on time, seeing the tree will not disappoint.

Pro Tip: Visit first thing in the morning. The tree is inside, so waiting for dark is not necessary. Being early means small crowds. (Where have we heard that before?) This provides the opportunity to lie on the floor to get pictures and horrify your teenaged and pre-teen daughters. At least I have been told.

Ok, stay with me here. National Airport has a fantastic tree in the main concourse. It is huge. There are smaller trees on the baggage claim level decorated by airlines or groups like TSA and the USO. No, the TSA tree is not decorated with confiscated items, but how sweet would that have been.

There is a stage for musical performances, but finding the schedule is like winning the lottery or dating a super-model. Someone must have done it, but no one actually knows anyone who has. If you get lucky, the performances can be quite nice, but there is no set schedule. If picking someone up at the airport, get out of the cell phone lot and go inside. If flying through National, take the time to walk down to the trees.  It is worth it.  And free.

Pro (Cheap) Tip: See if your hotel has an airport shuttle.  You can use this service to see the tree.

This is the hotel at National Harbor. Which says it is a DC hotel, but looks like it is should be in VA, when it is really in MD. They have Christmas on the Potomac, which has both free and paid events.

The free events are indoor “snowfall,” a laser light show set to holiday music, and trees throughout the hotel lobby and shopping area. It is nice, but probably not worth a special trip. If you are at the outlet mall near National Harbor, or shopping at/visiting National Harbor, then I would see it. National Harbor itself has a large outdoor tree with a stage for musical performances at 1 PM on Saturdays.  There is also a large Ferris wheel.

The other reason to see this is if you go to the convention center to see Ice!. Ice! is an indoor ice sculpture display with assorted ice chutes and slides. Depending on the day, tickets are either $36 or $29 for adults and $29 or $21 for kids under 12.

Affectionately called the Willy (at least by my family and friends), it has a Christmas tree in its lobby decorated with all the yearly decorations from the White House Historical Association, and nightly musical performances until December 23rd.

The Willy has a gingerbread house display of a DC landmark.  Spoiler alert: This year’s display is the new National Museum of African American Museum of History & Culture.  It also has, for sale, some of the best hot chocolate in DC.

Pro Tip: When visiting the National Tree walk over to see the gingerbread house and enjoy the music and hot chocolate.  And watch the insanity of people jockeying for position when they bring out a tray of free cookies which happens periodically.

If you book a White House tour during the holiday season, you will be able to see the White House decorated. It is fantastic, but a tough ticket to get. You need to submit a request through your US Representative or Senators no more than six, but no less than three months, before you would like to visit. And you won’t know if your request is approved until a week or two before your trip.

During the holidays, requests are much greater. But it costs nothing to submit the request, and is worth it if you can go. Remind yourself to submit the request next summer/fall. Like eating at Cinderella’s Castle. (ed – Brian visited last year and wrote a whole post about it.)

Mount Vernon, the home of George Washington, has holiday themed tours and events through January 6th. Mount Vernon is about 15-20 minutes south of DC.

Six Flags America in MD has its Holiday in the Park event on weekends and select days until January 2nd.  This is about 30-40 minutes outside of DC.

Busch Gardens in Williamsburg, VA has its Christmas Town event.  This is about 2 ½ hours from DC and could be combined with a trip to Historic Williamsburg.

However you spend your holidays, here is hoping they are peaceful and restful for you.

2 thoughts on “Christmas in Washington, D.C.”