This week’s SATURDAY SIX takes a look at Six Things We Can’t Wait To See In 2018! 2017 was another unbelievable year in the theme park world (in some ways literally.) Containing a wide mix of The Good, The Bad, and The Ugly, 2017 delivered in some major ways, including Pandora: The World of Avatar and Volcano Bay. For the most part 2018 looks to be a transition year in Orlando, as Disney prepares for the oncoming Star Wars: Galaxy’s Edge and Universal moves chess pieces around for Nintendo, along with a possible third theme park on all the land it bought over the course of the last several years. That’s not to say nothing is coming in the next 12 months. In fact some really cool stuff is coming to our theme park world. Here’s some of the things we can’t wait to see, starting with…

Driving through Disney’s Caribbean Beach right now you’d think you had entered a war zone, but it won’t be long before the resort finishes its transformation. In 2019, the resort will offer a huge DVC location along with being the main hub of the Disney Skyliner transportation. This year Caribbean Beach will be bringing back a completely refreshed Old Port Royale. The massive refurbishment completely changes the look and feel of the original area, and will now be where guests check into the resort. Shutters will now offer waterfront dining, and the newly expanded Banana Cabana pool bar is going to be a great place to get a drink while you enjoy the Fuentes del Morro pool (one of the best themed pools at WDW.)

It was a surprise to many when several years ago Universal announced it would be bringing a version of King Kong 360 3D ride from Hollywood to Orlando. Out in Hollywood, King Kong is just part of the famous Studio Tour, where guests board a tram and visit various movie sets and experiences. To be fair, taking a Studio Tour experience and making a full fledged attraction out of it is exactly how Universal brought over the Jaws ride, Kongfrontation, and Earthquake, but that was over 25 years ago. Turns out the more things change, the more they stay the same, as Skull Island: Reign of Kong opened in the summer of 2016 and was an instant hit at Islands of Adventure.

Universal is at it again, as this year it brings over Fast & Furious – Supercharged to Universal Studios Florida as a stand alone attraction. Introduced as part of the Studio Tour in 2015, the Fast & Furious section of the tram tour has not received the critical raves that Kong 360 did in 2010. However, Universal needed to get the Fast & Furious brand into the Orlando resort ASAP. A multi-cultural phenomenon, the Fast & Furious movies are especially popular in Asia (where Fast 7 and Fast 8 are the #1 and #2 biggest movies openings all time in China, compared to Star Wars: The Force Awakens at #41 and The Last Jedi doing even worse.)

Fast & Furious – Supercharged looks to have guests queueing for the attraction in an unconventional manner, similar to Race Through New York starring Jimmy Fallon. Instead of just waiting in a traditional line, guests appear to have several pre-show experiences where they can move around. The attraction itself will be screen based, which should surprise no one. While the ride itself is scheduled to open in the Spring, the gift shop is already open for business. As a person who already buys too much theme park merchandise, I had been wondering  what Universal had up its sleeve considering the Fast & Furious brand isn’t exactly taking up a large amount of space at Toy Stores or t-shirt stores like Hot Topic. One item that will surely be a hit is a make-your-own toy car experience that is very reminiscent of the popular Droid Factory at Disney.

Disney Springs has been on a roll the last couple of years, just getting better and better with each addition. As of this writing The Edison  is in the process of opening all of the restaurants inside its complex, with Pizza Ponte already being a popular choice for those looking for slices and the menu for Maria & Enzos looking terrific. Later this year brings even more venues to join the already loaded lineup at the Springs. Wolfgang Puck will be going from the outhouse to the penthouse (location-wise) as his new Bar & Grill will be situated next to Planet Hollywood and the Coca Cola store. Being right next to the bus stop area is a prime location for a restaurant, and Wolfgang Puck will have the cat bird’s seat later in 2018. Wine Bar George will be opening its doors this year, bringing with it the expertise of Master Sommelier George Miliotes (no stranger to fans of Disney’s California Grill at The Contemporary.) Jaleo, featuring Spanish cuisine from chef José Andrés, will be joining the West Side and offering guests an “extensive menu of tapas.” Rounding up the list is Terralina Crafted Italian, which was The Restaurant Formerly Known as Portobello. Smack dab in the middle of some heavyweight competition (including The BOATHOUSE and Paddlefish,) Terralina is going to have its work cut out for itself opening an Italian eatery months after Maria & Enzo’s head start. That said, Italian food may be the most popular of all in Orlando, with regular long waits at places like the Olive Garden throughout the tourist corridor. With the impressive selection of restaurants already in place being joined by even more unique concepts, Disney Springs is the place to be for foodies in 2018.

Universal’s newest hotel will be located directly next to Sapphire Falls and across the street from Volcano Bay. With a rooftop bar, Starbucks in the lobby, and floor-to-ceiling windows offering guest great views of the theme parks and Volcano Bay, Aventura is going to be extremely popular with guests looking to get “value” on their hotel room price. What may make Aventura stand out though is the high-tech amenities such as a virtual reality game room, pool with underwater speakers for “dive-in movies,” and an in-room tablet that will control features such as the TV and temperature.

We lost a lot of treasures in the theme park world in 2017 – both big and small – but the one which went out the quietest was Universal’s Cinematic Spectacular. While they haven’t announced a concept, name, or a return date, Universal has said the new nighttime show will feature a whole new storyline, music, lighting, and special effects. While Universal has yet to deliver a nighttime show in the same league as Disney’s IllumiNations or Happily Ever After, they have consistently been getting better over the years. The recent Magic of Christmas at Hogwarts Castle may not have the length or overall scope of Disney’s best offerings, but it finally gave guests a reason to specifically go to Universal for a nighttime show. With the Dreamworks characters now under the Universal umbrella, an incredible family-friendly show can now be made. Let’s see if Universal can do it.

First, the GOOD news. For guests young and old, the Toy Story brand is as good as it gets. With humor, action, and – most importantly – heart, the Toy Story movies are one of the rarest birds in all of Hollywood – a film franchise that started off great and only got better. Toy Story Midway Mania was an immediate monster success at DHS, and when Disney announced a whole Toy Story LAND, we all got excited.

Now comes the BAD news. Thanks to Disney changing concept art, we got to see changes in the coming land, and none were for the better. The original concept art for the Slinky Dog Dash coaster showed a lot of unique elements, including the attraction zipping through a trench and then taking riders over a guest walkway. When new concept art arrived, these elements of the ride – and more – were gone. Normally budget cuts of this magnitude are seen in sequels to the movie Saw, but it is what it is. There is still a lot to love about what we are getting, and the entire area is going to be a huge hit with the younger set.

Much like the Disney Springs parking situation several years ago, getting to the Magic Kingdom and the MK resorts keeps becoming more and more of a hassle. Disney has been in the process of a massive overhaul that is going to greatly help guests getting to and from the park and resorts. As many reading this will know, for years guests going to the MK resorts (such as The Contemporary or the Grand Floridian) would wait in line at the far right tolls in order to proceed down a different road from those going to the theme park. Now guests have a completely separate road to the right of the toll plaza, but it can become heavily congested at times. Soon a flyover ramp will allow hotel guests to quickly bypass this area, helping the traffic flow for park guests and Florida locals.

Double Secret Honorable Mention – Changes to Pirates of the Caribbean

Similar to how we were looking forward to the changes at the Hall of Presidents at the beginning of 2017, this year we’re looking forward to seeing what happens when Disney puts the beloved Pirates of the Caribbean under the knife once again during a major refurb that will completely change the famous auction scene. When it reopens to the public, the reaction on both sides will surely be heated, as this ride scene is one of the most famous in the world. Sometimes you just have to grab your popcorn bucket and watch the show unfold in front of your eyes.

So there you have it: Six Reasons We’re Looking Forward to 2018! See you next weekend for the latest installment of the SATURDAY SIX, where we’ll look at something fun from the world of Disney and Universal. If you enjoyed yourself, be sure to check out The Magic, The Memories, and Merch! articles, or, for your listening pleasure, check out the E-Ticket Report podcast. You can also follow Your Humble Author on Twitter (@derekburgan).

Special Thanks to crack staff photographer Brandon Glover, the bio-est of all reconstructs @bioreconstruct, Universal Secret Shopper @HedgehogsCorner, Mr. ‘Ohana Tim Grassey, and blogger to the stars Megan Stump for their invaluable assistance with this article. Be sure to also check out Brandon on The Park Blogger podcast with goofballs co-hosts Aengus Mackenzie and LitemAndHyde , while fellow Potterheads may enjoy Meg’s work on the Central Florida Slug Club. 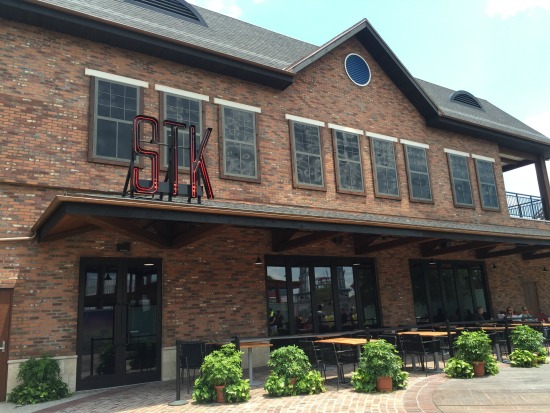 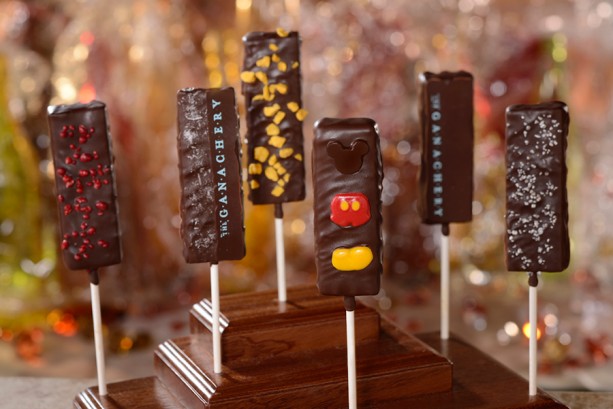 Disney Springs Updates on World of Disney and The Ganachery

One thought on “SATURDAY SIX: Six Things We Can’t Wait To See in 2018”