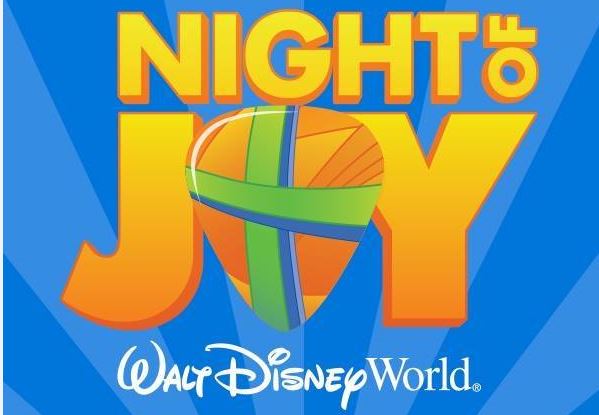 I had suspected it for weeks, with the lack of news and the removal of the Night of Joy Facebook page, but today, it was confirmed by the Orlando Sentinel that the event will not be returning to the Walt Disney World Resort.

According to a Disney spokesperson, “Last year was our last event.”

Night of Joy was a Christian music event that featured many Christian music artists, activities, and more. The event mostly took place at the Magic Kingdom, however it did have a brief stint at Disney’s Hollywood Studios, before moving over to the ESPN Wide World of Sports, where it was held the last two years. When it moved over to the Wide World of Sports, the event got larger, with an expo, a family activity zone, and FanFest.

Artists for this event have included MercyMe (who will be performing at the Eat to the Beat Concert Series this year – and that announcement was another clear indication to me that this event wasn’t coming back), Mandisa, Kirk Franklin, Stephen Curtis Chapman, Jars of Clay, Amy Grant, and Michael W. Smith.

For those looking to attend a Christian music festival in Orlando, Universal Orlando Resort will still be offering their hard ticketed event called Rock the Universe.