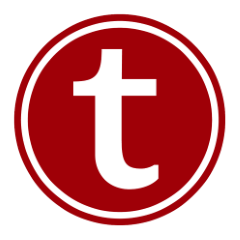 June is here and we continue our monthly schedule of updates to the Disney World Crowd Calendar.

Disney Hollywood Studios will see the most changes this update as we continue to fine tune our expectation of the impact of Toy Story Land which opens on June 30. To be clear, the new attractions are not included in the list we use to construct the calendar but the new land will draw in enough visitors to have an impact on the whole park. This is not a simple impact to measure as we saw with the opening of Pandora at Animal Kingdom. Attractions like Expedition Everest and Kilimanjaro Safaris saw an increase in wait time between 8% and 15% that lasted a lot longer than expected. Will Toy Story Land have the same staying power?

Magic Kingdom sees some days change on this update as well. The flagship park has been the most volatile in 2018 with January and February showing wait times much higher than expected while April and May tended to be less crowded. A lot of the recent downturn in wait times is due to poor weather in central Florida while the high wait times in winter were partly due to a reduction in operational capacity. So, predicting what this summer will look like at Magic Kingdom is more difficult than usual. The good news is that summer tends to be the most predictable season for any park so these latest updates should be within normal error ranges (our crowd level predictions are within 2 index points, 90% of the time).

This update brings only a few changes to crowd levels at Animal Kingdom and Epcot scattered throughout the next twelve months. Most of those are a change of two points or less.

Let’s take a look at these updates month by month.

Recently, Hollywood Studios has seen crowd levels merge to the middle of our scale. When the calendar predicted higher levels they tended to be too high and when the calendar predicted lower levels they tended to be too low. So, we see crowd levels in June falling more in line with the other parks. Of course there are some exceptions like at the end of the month where crowd levels are dropping by a point most days as we approach the opening of Toy Story Land. Crowds at Hollywood Studios in June will be disrupted if the new attractions open for testing or special previews.

Reminder: The Crowd Calendar may not show extreme crowds at Hollywood Studios but it will be jammed with visitors trying to get a look at the new land and what it has to offer. Other attractions at the park will likely see a bump in attendance as a spillover from the rush to Toy Story Land. Of course, it also happens to be the busiest day of the summer on July 4th as well so, no surprise, it will be very crowded.

There are some minor changes to the crowd levels across the four parks in August. Some days that had lower crowd levels at The Studios have now increased. Judging by the ad campaigns and number of inquiries we are getting about Toy Story Land our initial estimates of its staying power might have been too short. Some days went up by two or three points as a result. If you want to see Toy Story Land, go early in the morning or go when it rains.

Crowds in September will continue to be the lightest of the year. September is the month when we sometimes see parks hit the coveted level ‘1’ on the calendar, especially early in the month. However, in the second half of the month we think a level ‘1’ at Hollywood Studios is too optimistic. Some ‘1’s on the calendar have now been bumped up to the middle part of our scale.

October is a month that we will be watching closely. Magic Kingdom is now listed as a ’10’ on many days when the park does not host a Halloween Party. A lot will depend on the popularity of the Halloween Parties in 2018 as well as the impact of tropical storms in Central Florida. We have already seen a storm affect the parks in the first half of 2018, it is possible that many more will follow.

Not a lot of changes to report for November. Some days at Hollywood Studios change up or down to match the levels at other parks. Magic Kingdom is now nearly full of ’10’s across Thanksgiving Week.

Our recent wait time models are pushing crowd levels higher in December at Hollywood Studios during the first part of the month and lower in the middle. It is not clear as to why this is the case although it is likely a combination of our adjustments to the popularity profile of Toy Story Land and the seasonality of the Christmas Parties at Magic Kingdom.

If park operations reduce the capacity of some attractions in 2019 as they did in 2018 then we will have to make some drastic adjustments to the crowd levels. Another point of interest in January is the popularity of Toy Story Land. Will it be like Pandora and be a major draw until May or will its wait times flatten out come January? We will have to wait and see. Currently, our models tend to think it will look more like Pandora with long lines throughout the winter.

Crowd levels went up at the Studios in February too, some significantly so. February is still relatively far away so it is certainly possible that these estimates may fluctuate as the month approaches. I still think February is the best time in winter to visit the parks if you can avoid Presidents Week.

March crowd levels now fully reflect the 2018-2019 school schedules. Avoid March 10-16 if you can. As always, the rest of the month is busy as well, especially at Magic Kingdom. By March, it is possible that Toy Story Land may have faded in popularity, our wait time models seems to think that will be the case.

Some dates in April have changed as a result of our survey of school schedules. If your school is on break and you see crowd levels less than ‘8’ that week, it might be a great time to visit. Easter is late in 2019, the weekend of April 20-21.

No major changes to report for May.