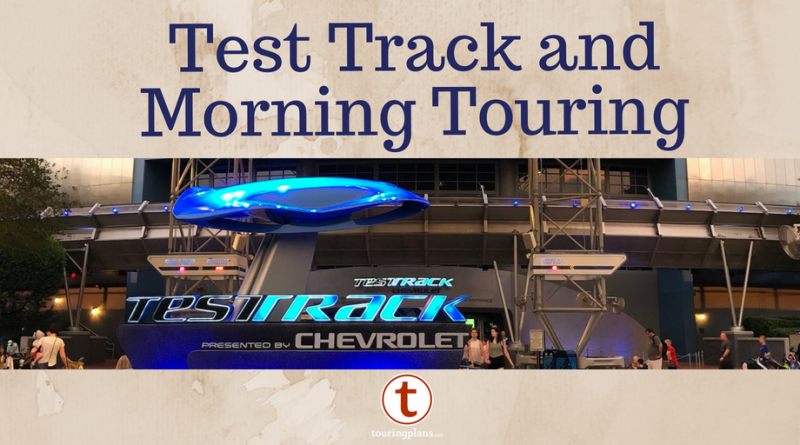 While watching the wait times at Animal Kingdom’s new(ish) Pandora attractions and Hollywood Studios’ new Toy Story Land attractions, we turn our attention to Epcot for an update on an ongoing analysis. The question is this:

Our family wants to see Soarin’, Test Track, and Frozen Ever After. If we arrive at park opening, what do we do first and which one should we FASTPASS?

If this sounds familiar it is because we covered this on “Which Ride to Ride First at Epcot” back in February. We had a whole team of touring planners arrive at park opening (some at the main entrance, others at the International Gateway) to try out all the different ways to tackle Epcot in the morning. Spoiler Alert: Test Track went down in the first hour.

We still learned a lot though, and it turns out that Test Track going down is a common enough occurrence that it affects the theoretical optimal plan for Epcot.

We know a lot about ride closures. We have 200,000 wait times in our database that reflect an attraction status other than “open”. We see how these unscheduled closures impact the wait times during other parts of the day. Our wait time models do a good job adjusting for these closures, but when it comes time to predicting a wait time in the future, we always assume that a ride will be open and stable. We do this knowing that sometimes the ride will not be open when you arrive, at which point we recommend to skip to the next step and come back later.

At Test Track this assumption is wrong 40% of the time. That is not a misprint. Our database shows that Test Track experiences at least one report of “offline” on 40% of days since 2011. That’s a lot! If you look at the last 12 months it is double that at 81%! Check out Steve’s report of attraction closures and what to do about them.

But, it gets worse. Test Track can operate at reduced capacity before, after, or instead of going offline. This is one key to the puzzle that we were missing. Sometimes our guests and our in-park researchers have reported actual wait times at Test Track much greater than expected in the first few hours after park opening. Our trusty Morgan waited 110 minutes when the posted time showed 40 minutes. God bless Morgan.

So, for the first time, we have created a model that assumes a ride will go offline at least once during the day. If you have seen wait time forecasts for Test Track go up recently, that’s why. We think this approach makes sense for Test Track. The 60% of days when it operates without going offline our wait time forecasts may be too high and your touring plan will gain some minutes to use later. But, for the 40% of days when it does go offline your touring plan will be better prepared.

Personally, I also think this research makes a strong case for selecting Test Track as your FASTPASS choice at Epcot. Test Track is a must-do attraction at Epcot and trying to fit it in as a standby attraction after a closure is a difficult feat. If you hold a FASTPASS for it and it goes down, at least you get a “magical” FASTPASS to use later (although it will not be accepted at Frozen Ever After). 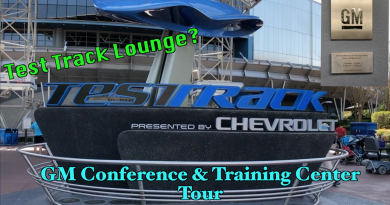 14 thoughts on “Test Track and Morning Touring at Epcot”