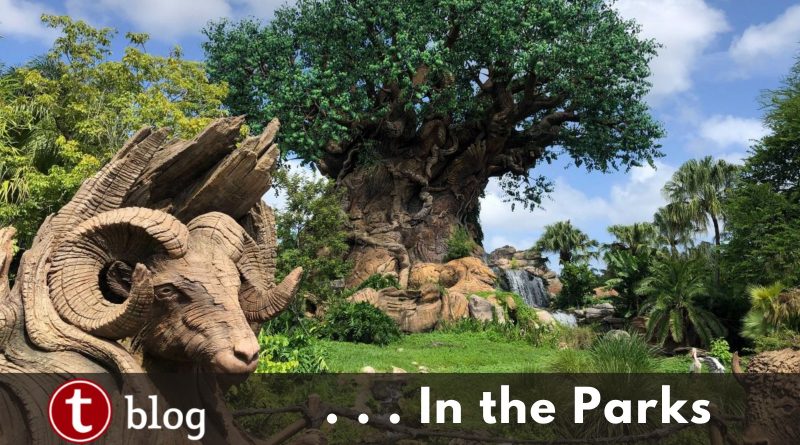 On February 27, 2021, we did another side-by-side touring plan test. This time we were at Disney’s Animal Kingdom. We did similar tests at the Magic Kingdom and Hollywood Studios earlier this year. Right now, Disney is admitting guests into the parks anywhere from 30 to 45 minutes before the official park opening. And that gives us an excellent way to test out how Early Theme Park Entry will impact waits in line, once Disney launches that later this year.

We selected seven Animal Kingdom attractions for this test:

The predicted crowd level at the Animal Kingdom on February 27 was a 2 out of 10 (which is very low), and the actual crowd level was 3.

Morgan arrived at the park at 7:20 a.m., but due to technical difficulties with our live streaming, Morgan didn’t start her plan until after 7:50. Fortunately, we had three TouringPlans subscribers following their own, custom touring plans that were similar to our test! (Thanks users: drjamesmerrell, bryangh, and LeighLeighJ) Using their actual wait times,  we were able to put together a composite of what an Early Theme Park Entry Plan looked like:

The Animal Kingdom officially opened at 8:00 a.m. on Saturday.  Morgan started her plan at 7:52 a.m., and Ivonne started at 7:59. Even with the slight difference in starting times, the TouringPlans software generated different plans. 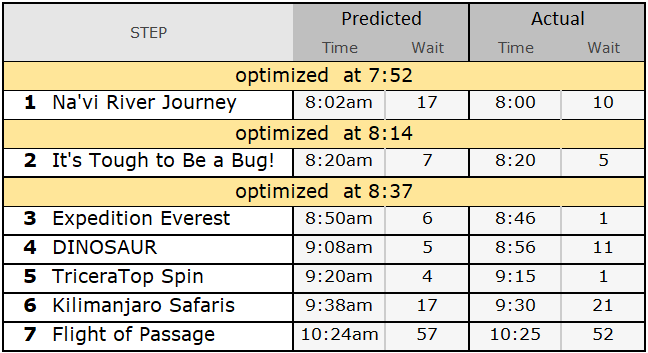 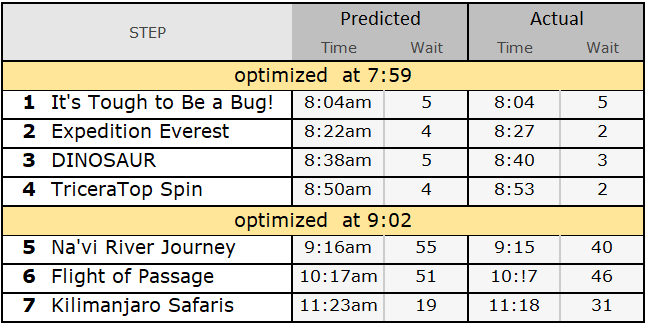 Morgan was not ready to call it quits, so she did a second test starting after lunch. Chrissy started her plan at 2:00 p.m. Unfortunately, DINOSAUR was offline for most of the afternoon and neither tester could finish their plans. 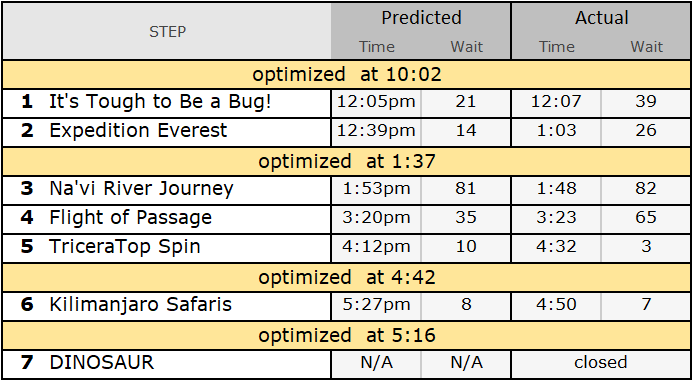 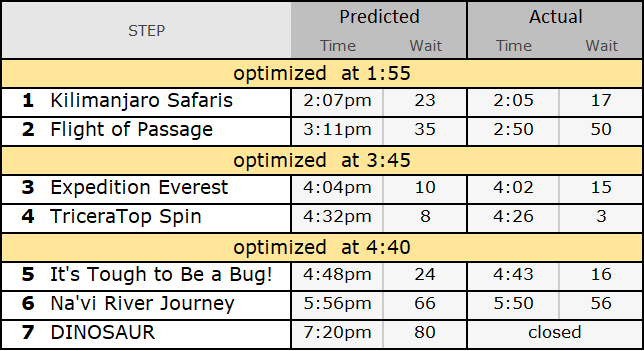 As in the other parks, this test shows that off-site guests who use a touring plan and arrive at park entry should expect to wait at least an hour more than on-site guests who use a touring plan and Early Theme Park Entry, for the same set of attractions. Unlike Hollywood Studios, peak wait times are later in the day and there is a benefit to start early, even if you are not at the park before park opening. 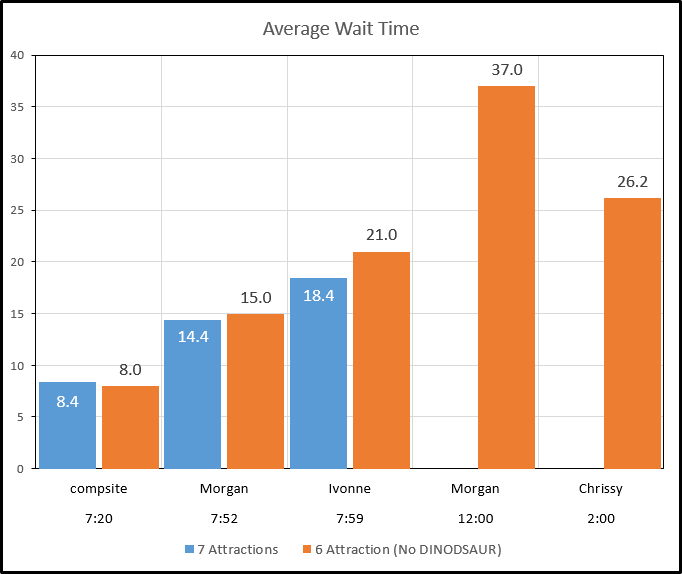 Pandora is still a major draw at the Animal Kingdom. It is the first stop for most guests. The rest of the park is virtually empty for the first hour of park operations. The two Pandora attractions have their peak wait times before noon. If you can get to Pandora before the park opens, and complete the two attractions, the rest of your visit to the Animal Kingdom will be a breeze.

During this test, we had the idea to stream both of the testers in the park while we data geeks tracking their progress. You can re-live our second attempt at live streaming at https://www.twitch.tv/touringplans or https://www.youtube.com/touringplans.

We plan on doing another Hollywood Studios Touring Plan stream Saturday, March 6, starting at 8:30. The stream will be available on Twitch and YouTube. Live streaming on Twitch and YouTube also gives us a chance to answer questions from readers like you! Subscribe to our channel on YouTube or follow us on Twitch to be notified when the stream goes live.