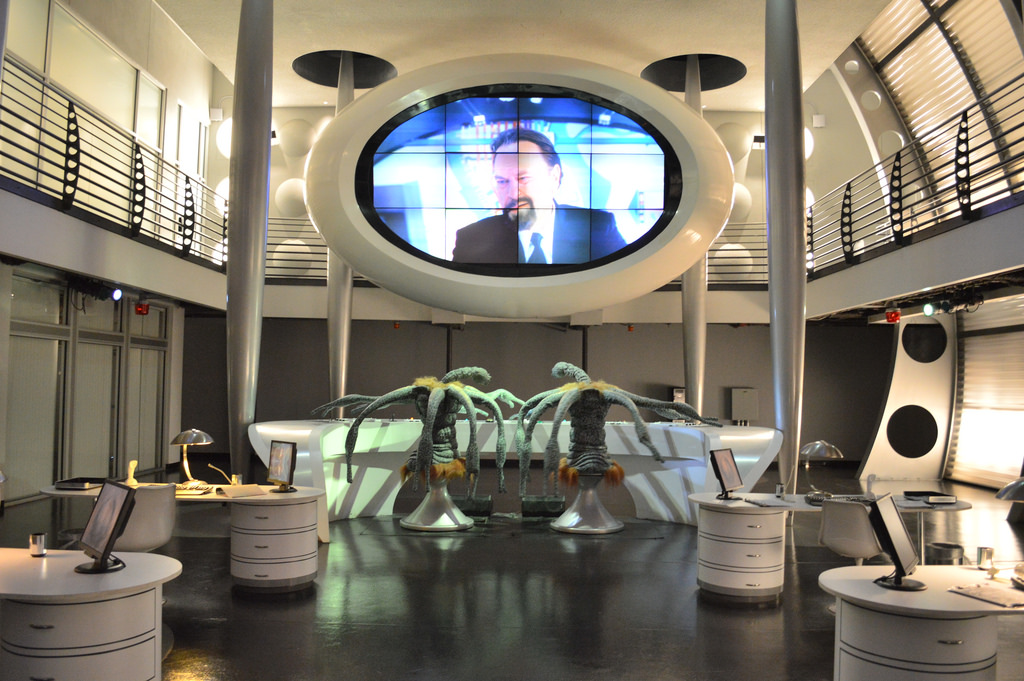 This week’s SATURDAY SIX takes a look at Surprising Secrets of the Universal Orlando Resort! One of the best parts about going to theme parks is that the experience rewards multiple visits. Guests can pick up on the details and other things they may have missed on earlier visits. For most of us, our first visit to parks we haven’t been to before are all about all the attractions we’ve never done. Once we’ve done all the rides and seen all the shows, the “little things” start become more appreciated. Today we’re going to look at some things at the Universal Orlando Resort that you may not know about – even if you’ve gone before – and let’s kickoff the countdown with…

Placemaking is an important part for any theme park. When done correctly, nothing in a theme park is just “there.” It’s there for a reason. There are often elaborate backstories made up for even the smallest feature in a park. There are even times when it is just about impossible to see the big picture from ground level, such as during the early years of DHS when there was a giant Hidden Mickey that could only been seen from the sky. Universal has their own detail that is best seen from the air, and it happens to also be the backstory for Marvel Super Hero Island.

For story purposes, where the meteor hit can be identified on the ground with artwork showcasing many Marvel superheroes and villains.

The meteor explosion created a “smoke cloud,” which explains why everything leading away from the “explosion” is represented as how a comic book artist would draw it. This includes the edge of Marvel Super Hero Island facing the lagoon.

While not used much in advertising anymore, the credit card company American Express has the tagline “membership has its privileges.” At Universal Studios Florida, guests who use an Amex card to purchase a multi-park ticket or annual pass can experience one of those privileges with a lounge located next to Shrek 4-D. Inside the lounge, Amex cardholders have access to some light snacks and drinks, an area to watch TV, restrooms, and access to a full-time concierge. American Express cardholders also get a 10% discount off merchandise (minimum $75 purchase), the Universal dining plan, and the Coca-Cola Freestyle refillable cup.

Both Walt Disney World and Universal offer a good amount of paid tours that are well worth your time and money including EPCOT’s Behind the Seeds and Magic Kingdom’s Keys to the Kingdom. Universal also has several free tours for individual attractions that include; Harry Potter and the Forbidden Journey, Men In Black: Alien Attack, Revenge of the Mummy, Skull Island: Reign of Kong, The Incredible Hulk Coaster, and Race Through New York Starring Jimmy Fallon. During busy times, the Hogwarts Castle tour for Forbidden Journey isn’t run, and the others are all based around Team Member availability, but remember: it never hurts to ask. These tours often give behind-the-scenes info on the attractions, such as how the scarab beetle design in Revenge of the Mummy is modeled to give a slight nod to the area’s former attraction, Kongfrontation. The Immigration Room at Men In Black: Alien Attack is filled with great photo ops for fans of the Will Smith film. Music fans should also go out of their way to ask for a VIBE tour in CityWalk’s Hard Rock Cafe as you get to see some incredible artifacts along with some rooms that are normally off limits to regular guests.

Speaking of tours, the production tour for Race Through New York Starring Jimmy Fallon offers a small bit of controversy. During the tour guests are shown an area outside which has a compass of sorts built into the ground. There have been some guides who have told us that this is the actual center of the Universal Orlando Resort. If you look at the area via satellite on Google Earth, a reasonable case can be made for this argument. Other guides say that this is not the “center” of Universal. Possibly this mark was the “center” when Universal only had one park in Orlando, but more than likely was not the case once Universal became an actual resort and expanded its empire with Islands of Adventure, Volcano Bay, and various hotels.

# 2 – An Actual Piece of the BERLIN WALL

This is one item that many guests haven’t noticed even if they have been to the Hard Rock Cafe many times. On the side of the building, on the walkway which leads to the Blue Man Group, sits a piece of the actual Berlin Wall. An amazing piece of history, the Hard Rock has one of the few pieces of the Berlin Wall that you can see in America. There is a strong relationship between rock n’ roll and the fall of communism in the 1980s, with this slab of the Wall being a powerful reminder of that. In related trivia, the Hard Rock Cafe in Munich, Germany has a guitar on display that was actually carved from a piece of the Wall.

Regular readers of this fine blog series know how much we love references to long lost attractions inside the ones which replaced them. One of our favorite examples of this can be found in the Magic Kingdom where a Nautilus submarine – from 20,000 Leagues Under the Sea –  can be seen in the queue for Under the Sea ~ Journey of the Little Mermaid. Nobody, and we mean nobody, turns attractions around faster than Universal, but thankfully there are plenty of references to our old favorites.

Here are some of our favorites:

Everyone can agree that Diagon Alley is one of the greatest areas ever built for a theme park – if not THE greatest – but many Universal fans still feel the loss of Jaws along with the Amity section of the park. To help ease that pain there are a bunch of wonderful tributes to Jaws sprinkled throughout Diagon Alley and the London waterfront area.

If you have an interactive wand, head into Knockturn Alley and you just may be able to get the shrunken heads to sing a very memorable song from Jaws….

The theme park world lost Twister…RIDE IT OUT in 2015, but we’ll always have Len Testa’s beautiful tribute to this unforgettable attraction. While we no longer have the uncomfortable queue experience with Bill Paxton and Helen Hunt, the spirt of Twister still lives on with several references in Race Through New York Starring Jimmy Fallon.

Fast & Furious – Supercharged opened earlier this year and one of our favorite parts of the attraction can be seen in the Single Rider queue. Here there is wall featuring keys and pink slips which – in story line – were won by the Fast & Furious “family.” Actually, knowing Vin Diesel, the story would be his character won all of them. Anyway, these cases have references to several Universal attractions, including the one Supercharged replaced: Earthquake/Disaster.

Those who want a small bit of Nickelodeon nostalgia need to head on over to the Blue Man Group restrooms, where you just may see a reference to the iconic “green slime.”

This may actually be my favorite “secret” and one I use all the time as the turnstiles at the front of Universal’s parks drive me bananas. I always seem to be behind someone whose ticket media is a piece of paper they printed out from home that has been folded 15 times and of course they have not gotten out of their pants pocket until the second they are asked for it directly. I have been behind parties of 8 in which one person has all the tickets and no one realized that each ticket is assigned to a specific person. I have even been behind guests trying to use Disney park tickets at Universal (front line Cast Members at Disney and Team Members at Universal have the patience of Job at times). Thankfully, at Universal Studios Florida there is a second entrance that is located near the Blue Man Group. This area has one person working, has no turnstile (the Team Member still checks your ticket media and does the finger scan) and never has a wait. Ever. It lets you into the park right in between the entrance to Despicable Me: Minion Mayhem and the Studios Store. You also get up close and personal with a good portion of Rip Ride Rockit as you make your way to this entrance. It is important to note that this entrance does not open with regular park opening (or early admission). It generally opens up around 10AM. This is the way I leave the park, as well.

So there you have it:  Six SURPRISING SECRETS at the Univeral Orlando Resort! See you next weekend for the latest installment of the SATURDAY SIX, where we’ll look at something fun from the world of Disney and Universal. If you enjoyed yourself, be sure to check out The Magic, The Memories, and Merch! articles, or, for your listening pleasure, check out the E-Ticket Report podcast. You can also follow Your Humble Author on Twitter (@derekburgan).

Special Thanks to our spirit animal Brandon Glover, the sweet siren of secret-shopping Hedgehogs Corner, my personal protege Hunter “Elvey” Underwood, the bio-est of all reconstructs @bioreconstruct, Universal Expert Seth Kubersky, The SATURDAY SIX fun squad of Parkscope Joe & Nick, and blogger to the stars Megan Stump for their invaluable assistance with this article. The SAT SIX is inspired each week by goofballs Aengus Mackenzie and LitemAndHyde and you Potterheads will  enjoy Meg’s other blog work over at the Central Florida Slug Club. 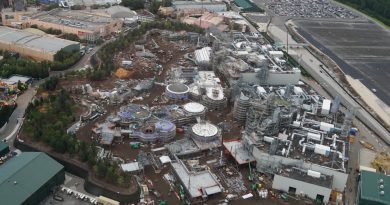 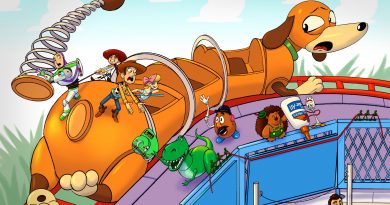 SATURDAY SIX Presents: The 2019 Theme Park Turkeys of the Year 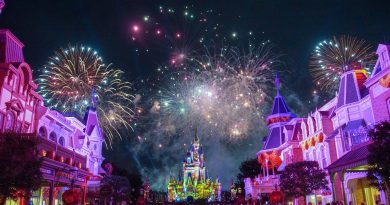