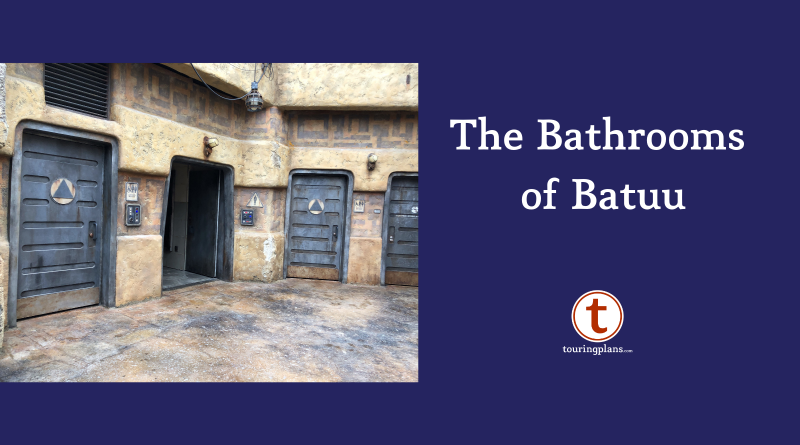 As a parent, when they announced that signs around Batuu would be in Aurebesh instead of English, my first thought was “So if you had a kid who needs a restroom right now, you will have to pull out a translator??”

Thankfully, Disney went with convenience over theme for the restrooms. Although asking a citizen of Batuu is the easiest way to get directed to the restrooms, the signs are very clear to help you figure out where they are. 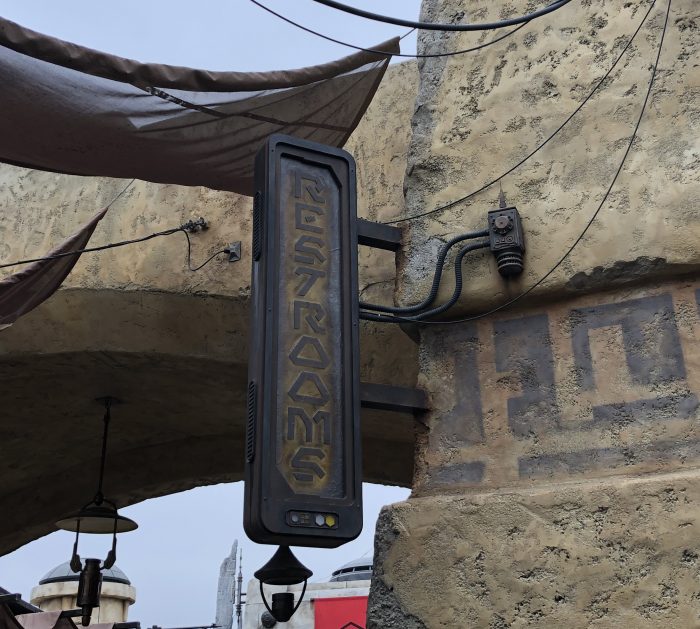 In both the men’s and women’s rooms there are changing tables (with a paper towel dispenser and trash can in easy reach) and companion restrooms are also available. 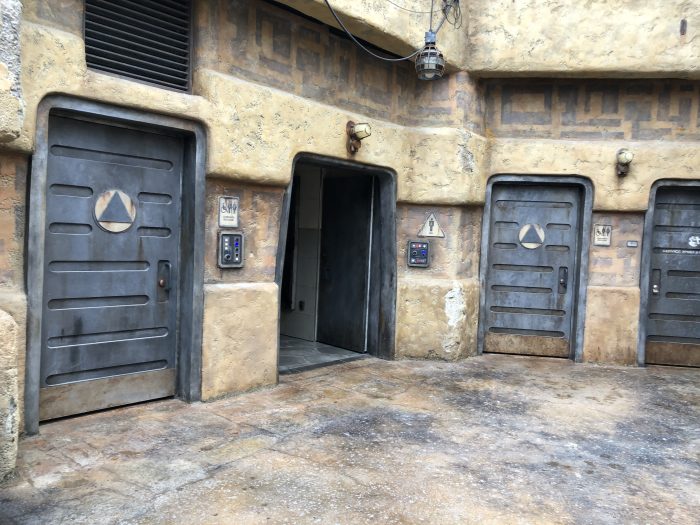 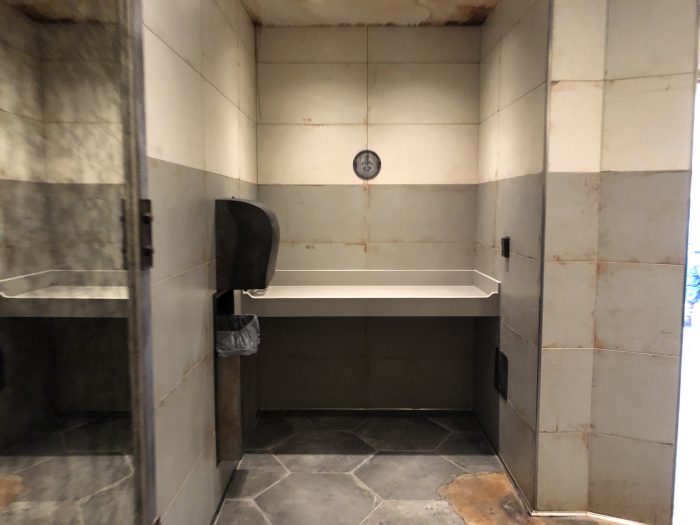 The design has that “space cargo vessel” vibe to it, and does feel a lot like an outpost. 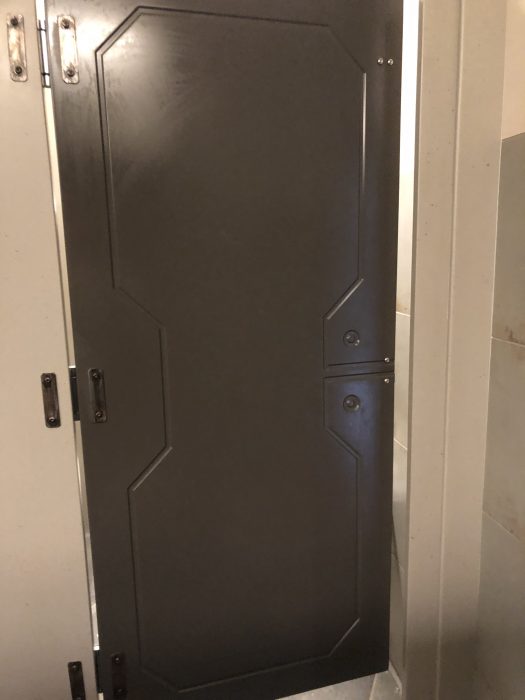 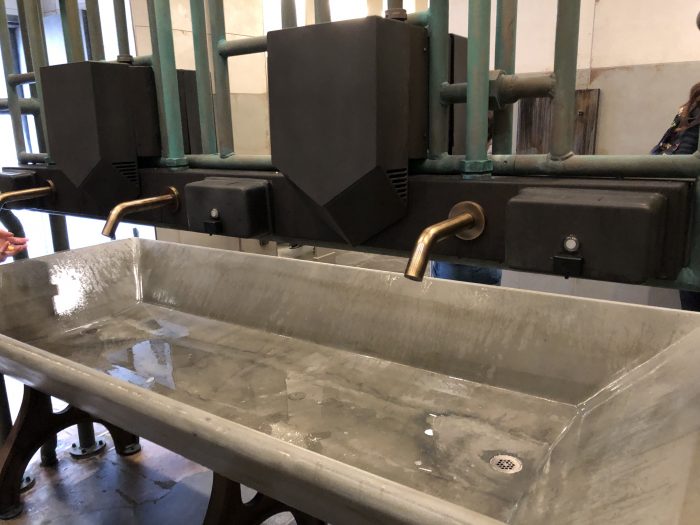 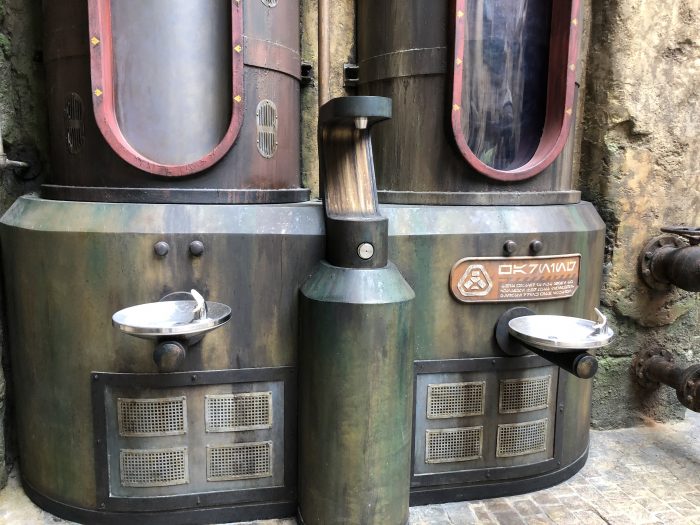 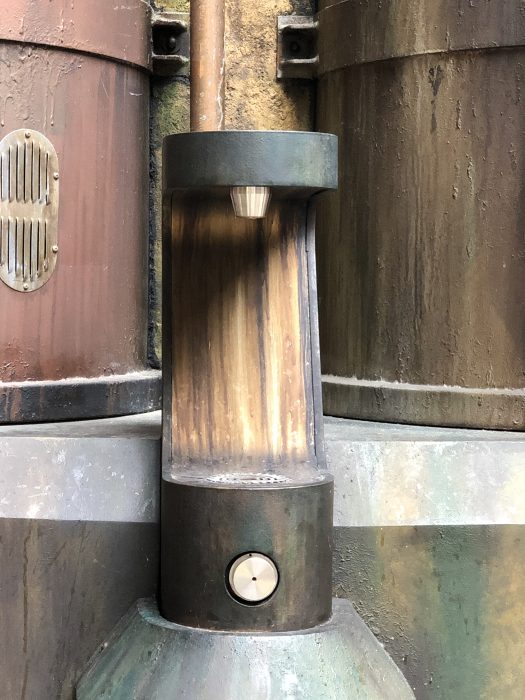 But if you brushed up on your Aurebesh to make sure you could find restrooms, your skills won’t go to waste–and you might want to read this sign before taking a drink! 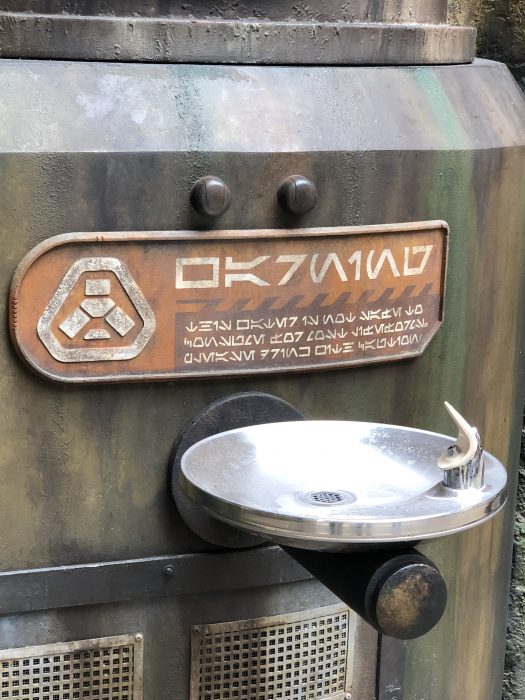 2 thoughts on “The Bathrooms of Batuu”