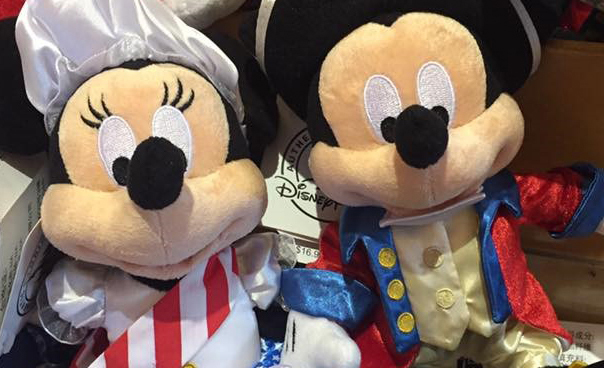 It’s that time, once again. It’s time for a salute to all nations, but mostly America! Fourth of July is just one week away, can you believe it? And the Walt Disney World Resort is ready to celebrate by blowing stuff up! In addition to fireworks, there will also be special live entertainment, treats and more to celebrate America’s independence.

Celebrate with Disney’s Celebrate America! A Fourth of July Concert in the Sky which commemorates the Fourth of July with an incredible fireworks show that is choreographed to patriotic music. This special fireworks extravaganza will be show on two nights, July 3 and July 4 at 9:15 p.m. For those at home, there will be a special July 4 live stream of the fireworks display on the Disney Parks Blog.

Looking to learn a little history? Then make sure you catch a performance of The Muppets Present…Great Moments in History. During the show, Miss Piggy, Kermit, Fozzie Bear and friends reenact famous moments in American history all in a fun manner. This is a live show that is performed daily in Liberty Square.

Guests can dance the night away with DJs spinning tunes at a Hoedown Throwdown in Frontierland and with a Galactic Gathering in Tomorrowland.

Another must see during the holiday is the Flag Retreat which takes place at 5:00 p.m. daily in Town Square on Main Street U.S.A.

You will not want to miss the fireworks spectacular, Illuminations: Reflections of Earth. For July 4, the show will add a patriotic twist, with “The Heartbeat of Freedom” special finale tag that celebrates America. This will be the final year for this presentation, as Illuminations will be ending on September 30. I’m excited that I’ll be down there for the first time ever this year for the Fourth and I will for sure be catching Illuminations that evening for this very reason.  Illuminations takes place at 9:00 p.m.

Guests will want to catch performances by the Voices of Liberty. This is an a cappella group who perform traditional Americana tunes during a 4th of July Concert at the America Gardens Theatre at 5:30 p.m., 6:45 p.m., and 8:00 p.m. They will also perform inside the American Adventure rotunda at 2:00 p.m. and 3:00 p.m.

Guests who love to meet characters can meet Disney favorites who are dressed up to celebrate America’s birthday throughout the day at the American Adventure Pavilion.

If you’re looking to get into the patriotic spirit, you do not want to miss the American Adventure show which is a journey through important moments in America’s history narrated by Audio-Animatronic figures of Benjamin Franklin and Mark Twain.

On the Fourth, while there are no special fireworks, Guests will be able to enjoy the Star Wars: A Galactic Spectacular fireworks spectacular. This show takes place at 9:30 p.m. and dazzles with fireworks, lasers, special effects and video projections of iconic characters and scenes from the Star Wars saga, all set to that unforgettable film score.

Guests can also enjoy Fantasmic! Be there as the forces of good and evil battle it out in Mickey’s dream. Fantasmic! will take place at 9:00 p.m.

As a reminder, the Fourth of July is one of the busiest days of the year at Walt Disney World. Make sure you come prepared with a plan and pack your patience. (Oh and be prepared for the heat! I know I am! Lots of water bottles and a portable fan are already packed.)

Fourth of July is a fun experience no matter where you are, but Walt Disney World certainly goes all out to celebrate America’s birthday. 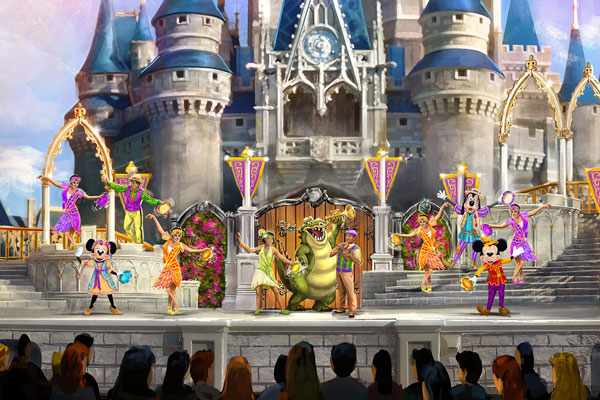