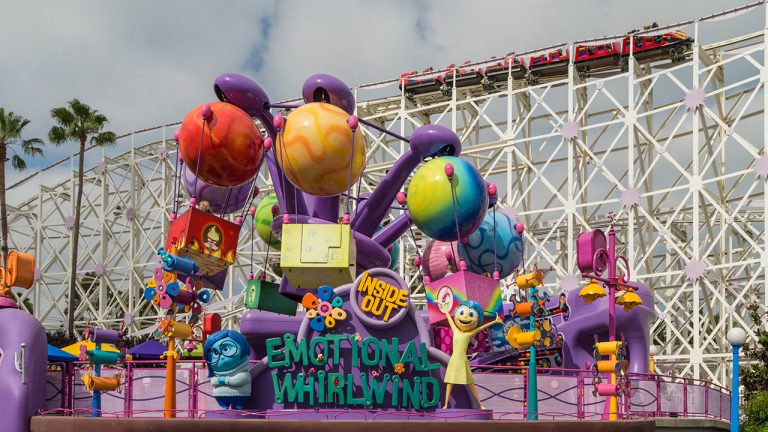 It’s time to get in touch with your emotions and make some memories. Inside Out Emotional Whirlwind is now open in Pixar Pier at Disney California Adventure!

This whimsical attraction in inspired by the film, Inside Out,  takes you on a spin as you ride on one of eight Memory Movers, as you help Riley’s Emotions, Joy, Sadness, Anger, Disgust and Fear, sort through memories being collected.

The attraction features its own musical score courtesy of Academy Award-winning composer Michael Giacchino who has created five music tracks specific for the attraction, one for each of the emotions.

To coincide with the debut of Inside Out Emotional Whirlwind, Guests will also now be able to meet Joy and Sadness in Pixar Pier. 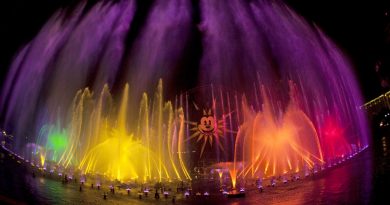 World of Color Delayed Until Next Year