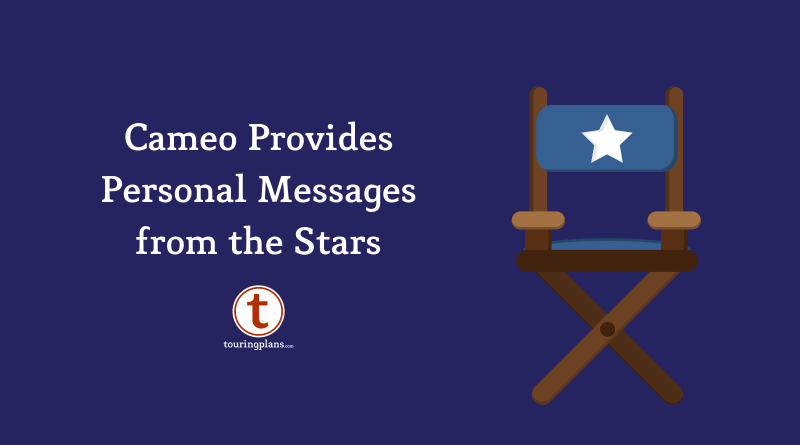 Okay, well “star” is in the eye of the beholder, but did you know that you can get personal video message from Disney personalities via the website Cameo.com.

For those of you unfamiliar with Cameo, this is a website where you can hire minor celebrities to record a personal video message for friends and family, or even for yourself. The word minor is, of course, in the eye of the beholder. Many of the people you can hire on Cameo could only charitably called C- or D-list celebs, with a few B or B+ level celebrities thrown in just to keep things interesting.

My first experience with Cameo came about a year ago when I learned about the site, poked around, and came across the name Drew Seeley. Though his IMBD page lists quite a few credits, he’s not exactly a household name, except in my house.

My daughter Josie is a huge Drew Seeley fan. Um, why, you ask. My twins are just the right age to fall into the sweet spot of viewers for the High School Musical Disney Channel Original Movie series. We watched them. A lot. And then a lot more after that. We had all the CDs and DVDs. We had posters. We had rhinestone bedazzled tee shirts. And sticker books. And costumes. You get the idea.

We also went to the High School Musical Concert Tour. All the principals came and sang and danced, except Zac Efron because at that point he had become Zac Efron. In a bit of OMG Disney trivia, it also turns out that in the first High School Musical TV movie, Zac did not actually sing in the film or soundtrack. He lip synched to the voice of, you guessed it, Drew Seeley. And it was Drew who performed as Troy Bolton on the concert tour. And it was Drew, not Zac, that then eight-year-old Josie fell in love with.

When I first saw that Drew was on Cameo, the price for him to record a personal message was $30.00. (It’s now $50. Supply and demand, baby.) Thirty dollars to get my daughter a personal video from her childhood crush seemed like an absolute no-brainer. I immediately completed the brief online form, added my credit card info, and pressed send. On the request form I said, “My daughter Josie loved you in the High School Musical tour. She’s starting a new semester at college, could you could sing her a bit of Start of Something New to get her ready.”

And this is what came back two days later:

Not surprisingly, she FREAKED. After she calmed down, she texted the video to all her friends and they freaked. An entire squad of teen girls was in awe for days. Best money I ever spent.

Since this first Cameo, members of my family have used the service several more times, always with great success. Like I said, most of the “celebrities” are unknowns to all but a small fan base, but if you match the right celeb with the right recipient this is a killer gift.

Just some of the other Disney or Disney-adjacent personalities on the site include:

A note about the pricing: Some of the messages cost as little as $20, others, the ones from celebs who are approaching actual household name status, are much more. Troy Aikman is $500. Charlie Sheen is $550, as Chris Harrison of The Bachelor. The vast majority of the videos are available for less than $100 and plenty are less than $50.

If you happen to come across someone who seems generally well known and they’re priced low, jump on it, because prices do go up. The Drew Seeley bump from $30 to $50 might have made me hesitate, but would not have stopped me from buying. However, prices can go up much more than $20. I happened to see that Tom Felton, Draco Malfoy from the Harry Potter films, was available for booking the first day he was on Cameo, priced at $80. One of my other daughters is a Potter-obsessed Slytherin and a message from Tom/Draco became the best part of her birthday present. Several months later, a Felton video is now $400, a price I never would have paid.

If you’re interested in more info, this profile of Cameo on in the New York Times gives lots of background.

Is this something you’d do for a friend? Would you like this as a gift? How much would you pay for a personal message from Draco Malfoy? Let us know in the comments. 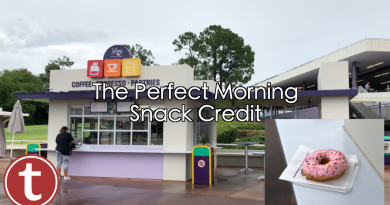 Packing Tips for a Day at Walt Disney World + Video

One thought on “Get a Personal Video from a Disney Star”