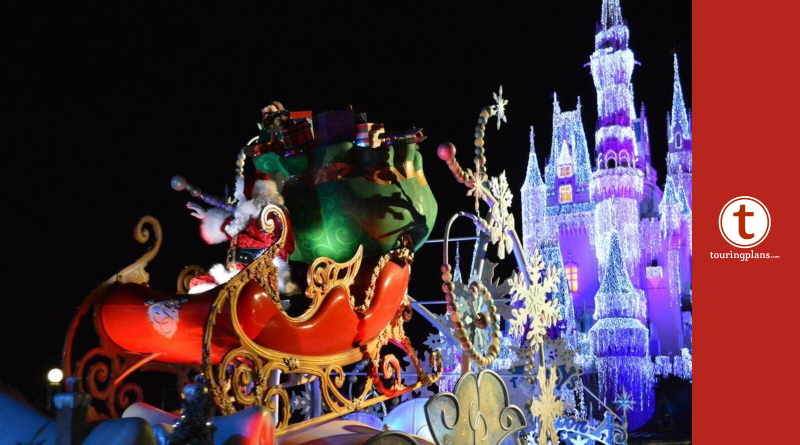 Here I am once again to review the information from last year and give you an even better projection for the least-crowded Mickey’s Very Merry Christmas Party 2019. Make sure you check out our dedicated page for a complete list of dates as well as a thorough description of what the Christmas party is.

In short, if you’re looking for the best Mickey’s Very Merry Christmas Party 2019, we recommend Tuesday, November 19, 2019. It’s a Tuesday, early in the season, far enough from Christmas to avoid the crowds that come with it and even before Thanksgiving and those crowds.

As you can see, our predictions were mostly in an acceptable range. There was a little more variance than I like, but at least all 5 were at least in the top 10.

We fiddled with the formula last year so that we now consider more than just attraction wait times. We now also consider if previous parties sold out and we look at the crowd ratings for the daytime hours. That continues this year, although the 2019 predictions were a little tricky for two major reasons:

Star Wars: Rise of the Resistance: Speaking of skewing parties, Rise of the Resistance opens in Hollywood Studios on December 5. We just plain aren’t sure what that will do to crowds although we’re assuming at least some sort of bump up. The problem is that early December is usually a lull between Thanksgiving and Christmas crowds which may just not happen this year. Because of that I penalized the parties that are just after the December 5 opening, even though the party on December 5 was statistically the best one. You’ll see that it still doesn’t fall very far.

In addition to the things mentioned above there are the normal factors like there being no parties during Thanksgiving week. That means that the last party before the break (November 24) and the first party after (December 1) get busier. We also demoted the first party of the year because it’s been a little more crowded as of late–the lower ticket prices, locals checking out new things, and previous “go early” advice probably all contribute.

Mid-November like the hot spot. Those parties are after the initial interest of the early parties, but before the real Christmas spirit kicks in. Those are the ones we recommend.

If meeting characters is your main priority, the boss man himself, Len Testa, wrote a fantastic (yes, I’m kissing up) piece about strategy for character meets during Mickey’s Very Merry Christmas party. If you haven’t decided if the cost is worth it you should read Kristina Murphy’s post about that very subject.

For a look at what the 2017 Christmas party looked like, watch this video with…well, me:

Now that you are armed with the most powerful weapon…knowledge, you can plan your trip to Mickey’s Very Merry Christmas Party 2019. This site will help you find all of the party info. 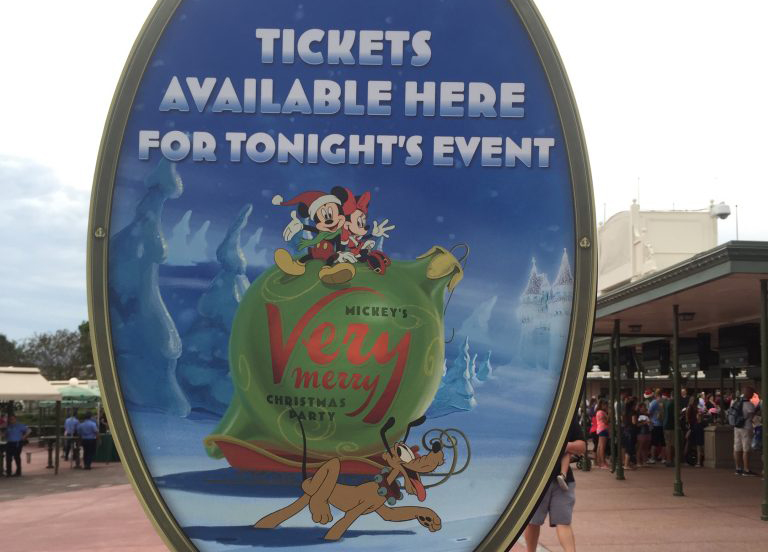