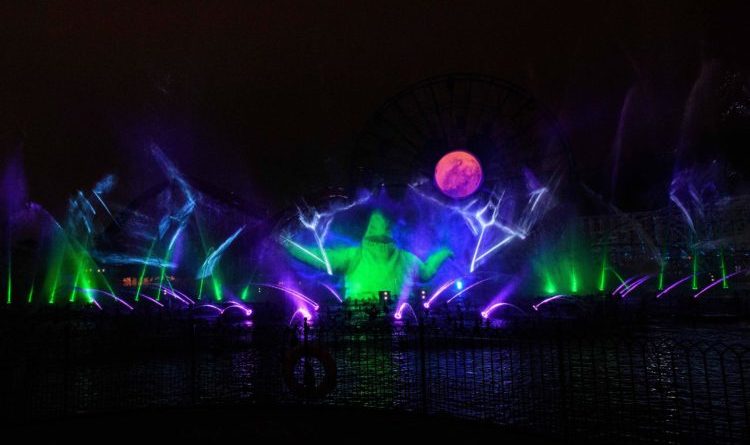 We are just a little over a month away from the brand new Oogie Boogie Bash, which is the new Halloween party taking place at Disney California Adventure. Of course, with a new party, there will be a brand new nighttime spectacular and it is called World of Color – Villainous.

This new show tells the tale of a brand new character – a young girl named Shelley Marie. Shelley has to make a decision about her Halloween costume for this year, and finds herself wondering if she could really be as strong as some of her favorite Disney villains. She goes on an unforgettable journey through devious encounters with The Queen, Ursula, Dr. Facilier, Hades, Jafar, Maleficent and more. Villainous will include fountains, lights, lasers, projections and special effects.

We’ve previously gotten to see some images from the show, but today, Steven Davison, Executive, Parades & Spectaculars, gives us a better glimpse into this original Halloween story.

As a reminder, Oogie Boogie Bash will take place on select nights, beginning on September 17 and is part of the Halloween Time festivities at the Disneyland Resort. Tickets are on sale now, but make sure you purchase them now, as dates are starting to sell out. 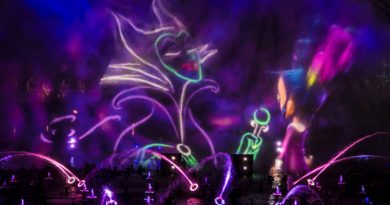 Preview of World of Color – Villainous During Oogie Boogie Bash

One thought on “Sneak Preview of World of Color – Villainous”