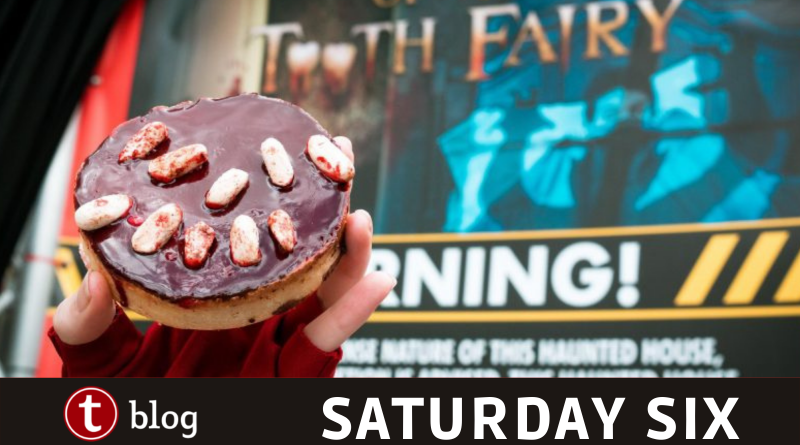 This week’s SATURDAY SIX takes a look at Universal’s Untitled Halloween Event (AKA HHN 29.5)! Thanks to the coronavirus, the theme park calendar took a lot of hits this year with the biggest losses coming at the end of the year when our favorite seasonal events usually take place. Mickey’s Not So Scary? Gone. Mickey’s Very Merry? Gone. Back in July, Universal announced it was canceling Halloween Horror Nights (HHN). This was an especially painful cut for fans, not just because HHN has become THE premier haunted house experience in the United States, but because 2020 was going to be the big 30th anniversary celebration of the event.

Then there were whispers in the theme park fan community. Universal had already prepared for HHN 30, and rumors were flying around that despite canceling the event, guests would be able to experience some of the houses. Universal confirmed the news in September when announcing that a modified version of the event – which is NOT being called Halloween Horror Nights – would take place from October 3rd to November 1st.

The good news is that the untitled Halloween event’s haunted house experiences would be included with everyone’s park admission. Even better? We got a whole bunch of other great “HHN” stuff to give us all a taste of what might have been, starting with…

One of the best synergies at Universal Orlando is with the park’s seasonal events and Voodoo Doughnut in CityWalk. The tradition of awesome baked goodness continues with a Jack the Clown themed offering. Jack the Clown is the most popular icon of Halloween Horror Nights, and this vanilla frosted with raspberry filling snack does him justice!

With vanilla frosting on the outside and a raspberry filling on the inside, the Jack donut is another in a long line of successful Voodoo Doughnut offerings.

One thing that my family has enjoyed over the years at EPCOT are the scavenger hunts during the festivals such as Figment’s Brush with the Masters during Festival of the Arts or Spike’s Pollen-Nation Exploration during Flower & Garden. For their new Halloween event, Universal guests can participate in a similar type of scavenger hunt that is absolutely free. The Scarecrow Stalk sends guests across the park to discover unique and highly themed scarecrows and skeletons. At each stop there is a stamp for your map, and those who successfully complete the stalk get to choose some Halloween candy as a prize.

There are very few things to enjoy about Fast & Furious – Supercharged, but this leather-jacket-wearing skeleton scarecrow in the gift shop is one of them.

Guests with a completed map can choose from several Halloween snack bags.

For a while this summer, it seemed like the only thing related to HHN that Universal guests would be able to experience this year was the Tribute Store. But you know what, that might have been enough because this store is AWESOME. Loaded with incredible photo ops and fun details, this is one gift shop that is essentially an attraction in and of itself. With sections dedicated to Universal Monsters, HHN Icons, and Beetlejuice, the Tribute Store is loaded with Easter Eggs for horror fans.

The Beetlejuice room is the closest any of us will get to what it’s like being on set for this beloved movie. The attention to detail is second to none.

In early years of HHN, merchandise was the events only weak link. Some not-so-great t-shirts and that’s about it. Now, merchandise is one of the event’s strengths and even though we’re not officially having “HHN 30” we are getting the chance to buy some great items that were made for it. Halloween aside, one of the absolutely coolest things to come to Universal this entire year was the debut of a Mold-A-Matic machine. While these machines were never used at the Universal parks in Orlando, they did have them out in Hollywood during the 1960s and 70s. You can find them in several locations in Florida including Busch Gardens Tampa, Gatorland, and the Miami Zoo. Many SAT SIX readers know how much I love pressed pennies, but a Mold-A-Matic souvenir ranks even higher on my list. When a Franken-Mold machine arrived at the Tribute Store, my jaw dropped to the floor in disbelief.

Even better, a second machine arrived with – you guessed it – a pumpkin wax mold. 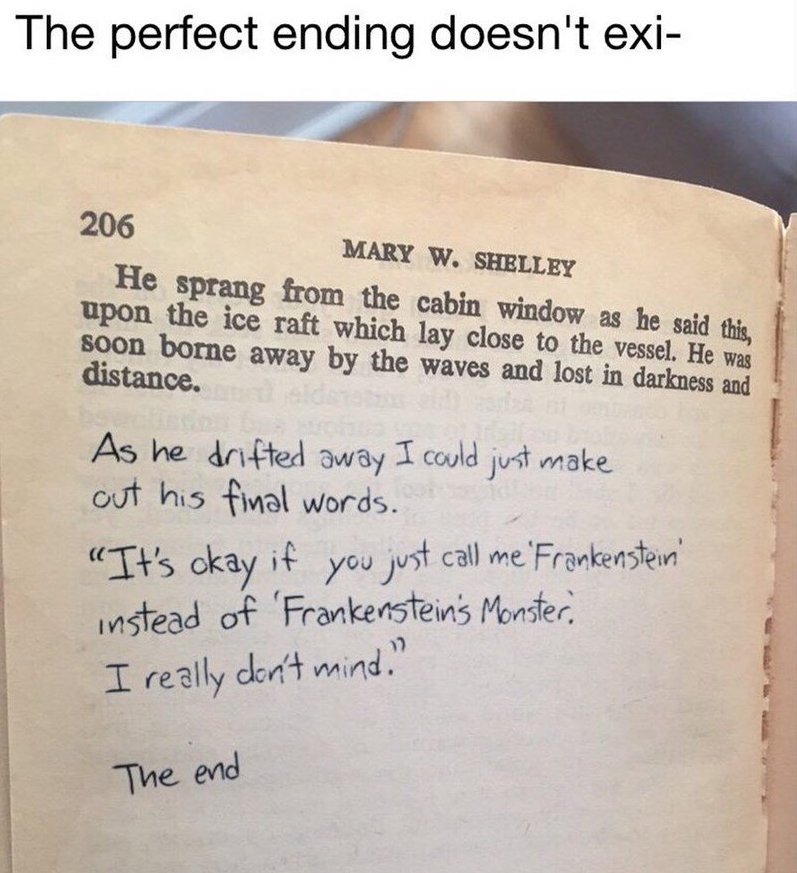 These glasses themed to HHN Icons are incredible!!

Being able to buy retro merchandise is an HHN fan’s dream come true.

How INCREDIBLE is this HHN map based on the event from 2005?!!

One of the coolest items to drop this year was a limited edition Music of Halloween Horror Nights album.

Limited to just 500 copies with a too-good-to-be-true price.

Demand for this album was – of course – high, which in turn caused some fans to create fake versions of it. I personally got “Babylon Bee’d” myself in thinking the below version was real. SPOILER ALERT: it’s not. 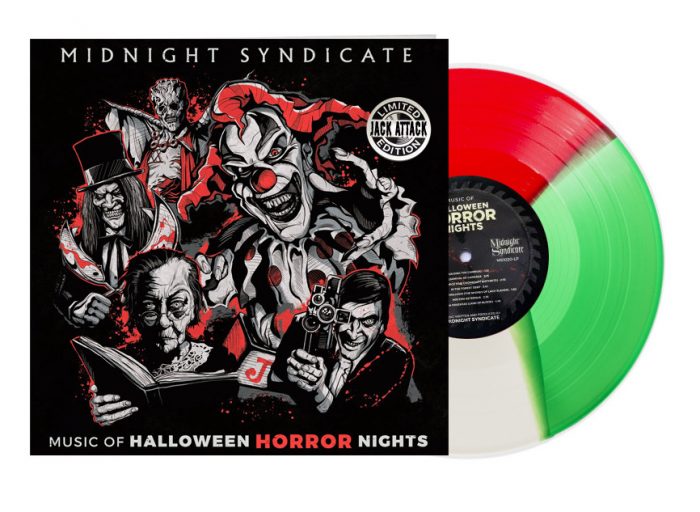 The SATURDAY SIX has long considered HHN to be the “International Food & Wine Festival for the workin’ man.” While EPCOT may offer frou frou plates along with wine pairings where you need to hold your pinkie out when drinking, Universal offers items such as the iconic twisted taters, s’mores fries, and a donut in the shape of a giant eyeball.

One of the surprise highlights this year was a vegan skull brownie.

When it comes to novelty snacks, it’s going to be hard to top the Beating Heart Sour Gummies.

Let’s look at these beauties even closer…

How about a Twister Tater wrapped around a giant hot dog? And they say America isn’t on the cutting edge of technology!

Cafe La Bamba has been converted over to the Skeleton Bar.

The haunted houses are the draw for HHN every year, and despite HHN 30 being cancelled guests are able to experience two houses. Revenge of the Tooth Fairy and The Bride of Frankenstein Lives! Both have been modified to keep in line with safety concerns (such as barriers between scareactors and guests) and we can actually thank social distancing guidelines for giving us the “pulsed” house experience we’ve all wanted for years. The sets for both houses are fantastic and the scareactors working inside are On Point. It’s just a taste of what we were going to get for what was going to be a massive HHN celebration, and we’re truly thankful to have it.

Revenge of the Tooth Fairy – The innocent traditions of the tooth fairy hide a darker ritual. All children must give up their baby teeth to the goblinesque tooth fairies or pay a gruesome price. Step into an old manor that has been overrun by yellow-clawed fiends who extract teeth by force. It’s an eye for an eye, a tooth for a tooth. 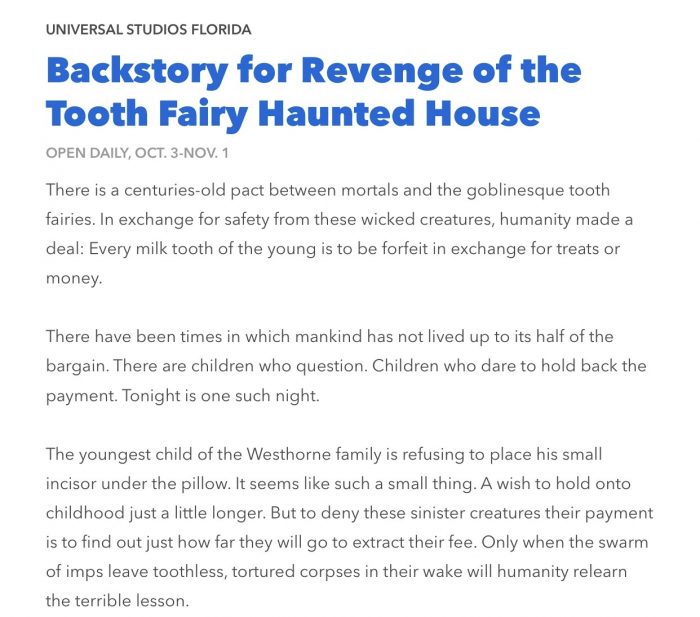 Universal Monsters: Bride of Frankenstein Lives – “We belong dead.” The last words of Frankenstein’s monster on that fateful night when his Bride rejected him. But his end was her beginning. Now the Bride is stepping out of the shadows to bring him back. And there’s nothing she won’t do as she sharpens her brilliance by experimenting on unsuspecting victims. The mate will have her monster. And the monster his mate.

WARNING: Universal’s Halloween haunted houses are NOT for children. Reconsider bringing kids under the age of 13 and use your judgment for anyone under 18. Houses feature low lighting, fog, strobe lights, startling imagery, mature themes, and confined spaces.

Honorable Mention – Trick or Treating at Islands of Adventure

Similar to Disney, this year Universal is allowing adults to dress in costume at the parks. Now we can join the kiddos as they cosplay around the parks. Even better, kids 12 and under get the opportunity to “trick or treat” at Islands of Adventure, where Team Members hand out candy at locations throughout the park. This is one of those wonderful ideas that only came about because of the coronavirus, and let’s hope it returns in future years!

So there you have it: Six Reasons We Love Universal’s Untitled Halloween Event (AKA HHN 29.5 AKA HHN Lite, AKA Diet HHN)! See you next weekend for the latest installment of the SATURDAY SIX, where we’ll look at something fun from the world of Disney and Universal. If you enjoyed yourself, be sure to check out The Magic, The Memories, and Merch! articles covering the latest from the Disney Outlet Stores. You can also follow Your Humble Author on Twitter (@derekburgan). 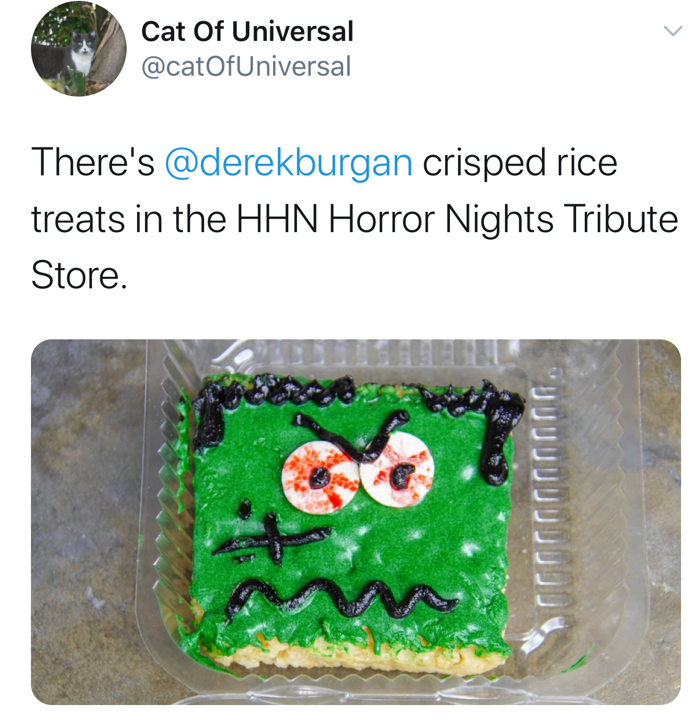 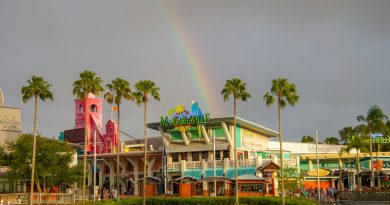 The SATURDAY SIX Cautiously Celebrates the Re-Opening of Universal CityWalk 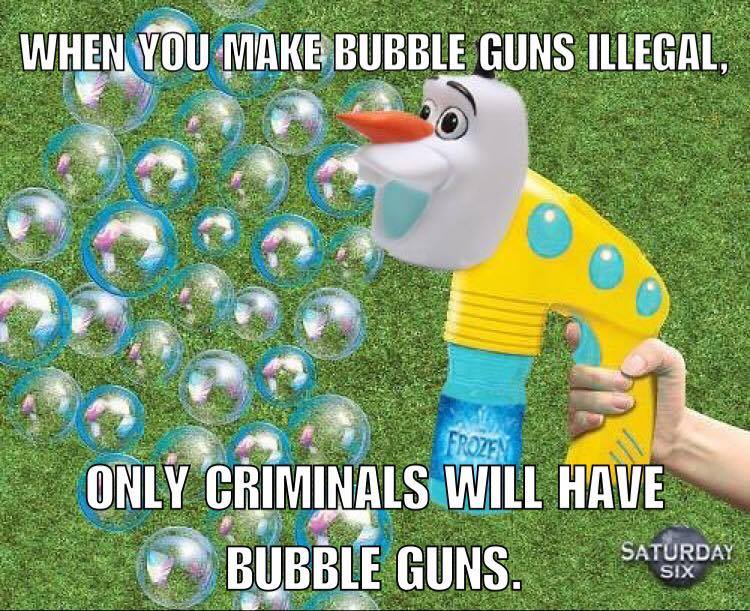