Wouldn’t you know it? As soon as my dealorometer finally cooled off, Hotwire pushed another set of deals out in February!

If you haven’t read our previous Last-Minute January Deals post, you might want to run over there for a minute to catch up. We’ll wait. *hums hakuna matata*

OK, Let’s get going: The February HotRate deals are essentially the same ones from January rolling right through to the end of the month. As usual, there are some price fluctuations, including a bit of a spike on either side of Valentine’s Day weekend. You can catch Pop Century from $68 to $118, Coronado Springs from $87 to $127, and Yacht Club from $228 to $319.

My family tends to be Moderate resort-stayers, so when I see rates reaching up beyond $300 I start to get nosebleeds. But, if you put the deals in context, many of these HotRate deals will likely save you around $90 or more per night over the current Disney direct discount, depending on the day. 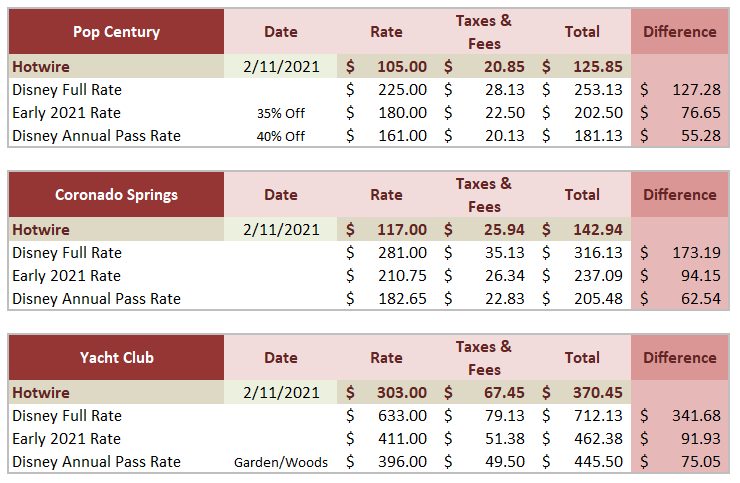 The comparisons above are all based on Disney’s rates for standard rooms. While those some very good savings as is, I’ve received several reports that the past few drops of Yacht Club rooms have all turned out to be Water View rooms. While I wouldn’t necessarily count on that every time, if they do turn out to be water view then the savings vs. the Early 2021 discount is more like $178 per night! That’ll sure buy a lot of churros.

And, don’t forget: there’s a NEWYEAR21 coupon code that will take another 6% off bookings over $100.

Once again, you can hop back to our January deals post to see some examples to help you identify these resorts in hidden deals. But, first, take a gander at the February calendar of deals we’ve found. 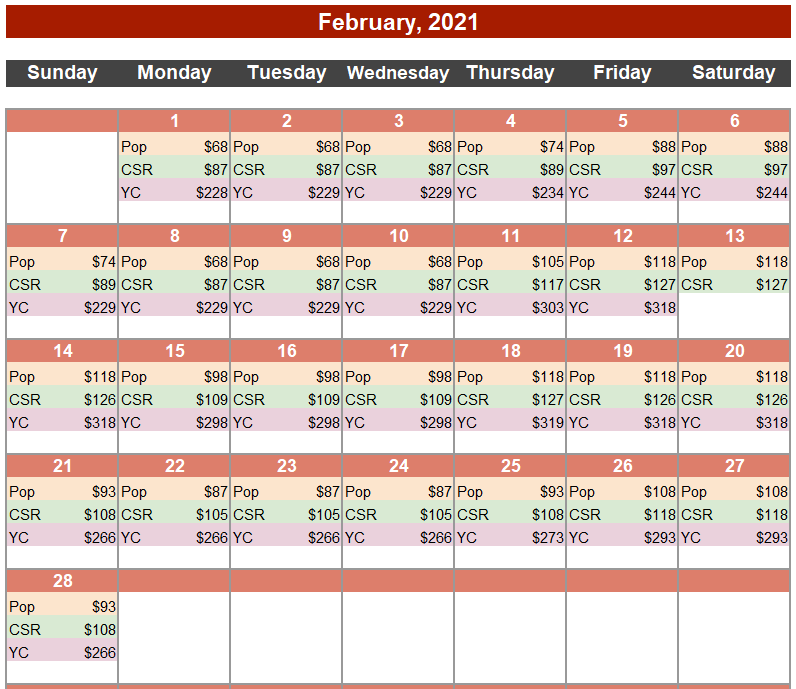 If you’ve booked any of these deals, or aren’t sure where you’ve left your gander – let us know in the comments! 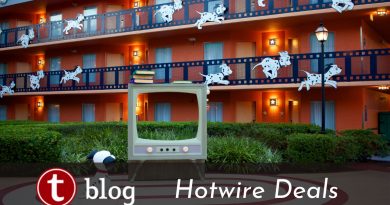 8 thoughts on “Hotwire: Let’s Do It Again in February”