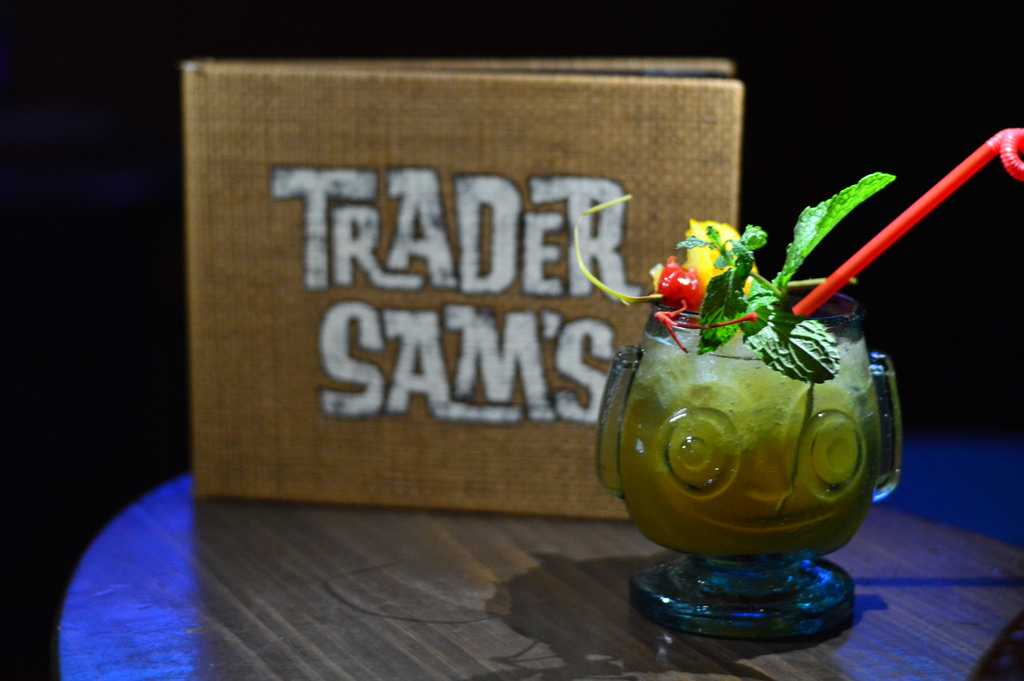 It’s coming down to the final stretch and we’re heading back into Trader Sam’s Grog Grotto, which has been decorated for the holidays. We’ve been to the Grotto previously on our countdown looking at the Polynesian Pearl and the Dark & Tropical Stormy, but this E-Ticket bar is loaded with incredible drinks. Today’s entrant has both a great name and an even better souvenir mug. Allow us to introduce the HippopotoMai-Tai. Now we’ve all had mai tais (including one of our absolute favorites over at Emeril’s Tchoup Chop), but Grog Grotto’s version not only hits the Drink Trifecta (strong drinks, great flavor, wonderful souvenir mug) but the ultra rare Drink Quadruple with an awesome name. The HippopotoMai-Tai is served in a glass tiki with the Grog Grotto’s name emblazoned on the back, a perfect souvenir (or stocking stuffer!)

Special thanks to crack staff photographer Brandon Glover, the always charming Dani of This Florida Life, and Fred Weasley’s widow Megan Stump for their invaluable assistance with this article. Be sure to also check out Brandon on The Park Blogger podcast with co-hosts Aengus Mackenzie and Brian Carey.