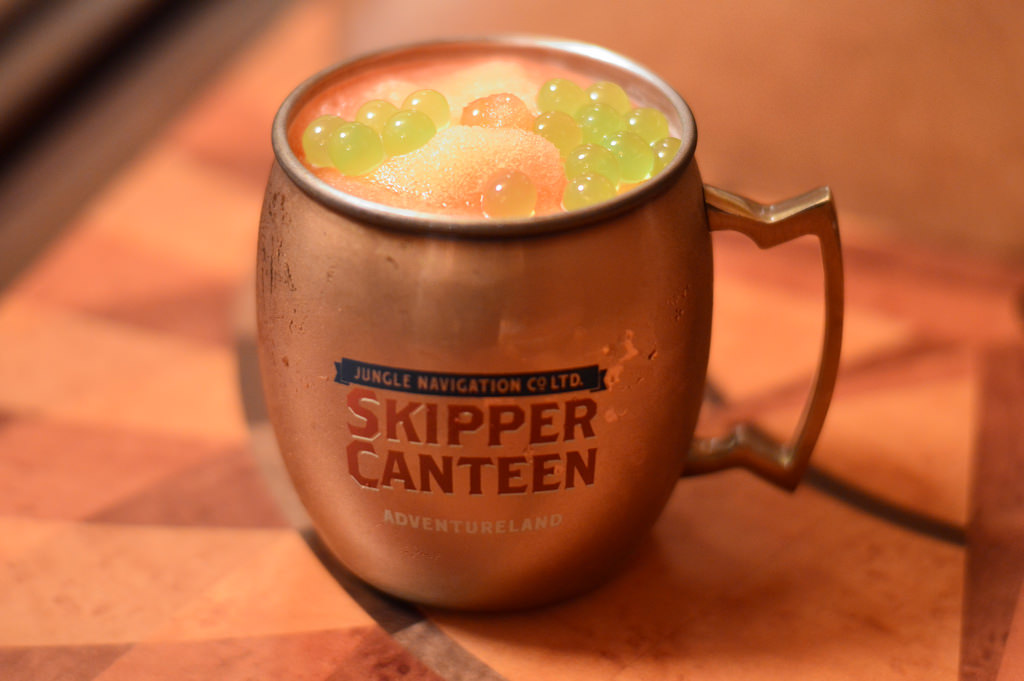 First concocted by the noted explorer and humanitarian, Albert Slush.

Fresh off the opening of Thirsty River Bar late last week, Walt Disney World saw a new table service restaurant soft open yesterday with the Jungle Navigation Co LTD Skipper Canteen. The first new table service at the Magic Kingdom since Be Our Guest Restaurant, Skipper Canteen continues the trend of being magnificently themed inside with a ton of references for Disney fans. Skipper Canteen does not feature any alcohol, but it does have two signature drinks, including the one we are going to spotlight today: Schweitzer Slush. Cleverly referencing one of the longtime gags in the Jungle Cruise (Schweitzer Falls), the Schweitzer Slush is visually interesting as it is one of the only drinks featuring boba balls that puts the balls on top of the drink. Most drinks featuring boba balls have them at the bottom, such as Fishy Green Ale in Diagon Alley.

As big fans of good Disney souvenir cups, we recommend getting the Schweitzer Slush served in the great Jungle Skipper Canteen souvenir mug. While not technically a Moscow Mule mug (because – while metal – it is not made out of copper), it has the look and feel of one and includes the Skipper Canteen logo and Adventureland. It’s the little things we love.