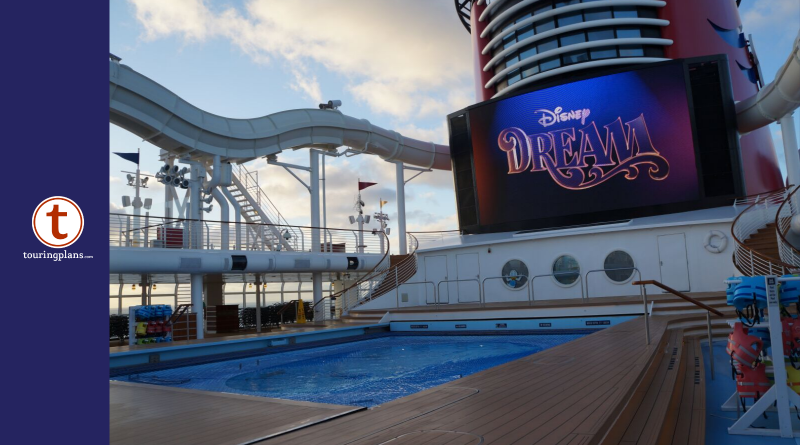 As possible substantial announcements about the new Disney Cruise Line ships begin to draw nearer (D23?), let’s take a quick look back at what happened when Disney announced details about the Dream Class ships.

Construction of the then new Dream and Fantasy were announced in February 2007. The first ship, the Dream, sailed her maiden voyage on January 26, 2011. Near the mid-point of that four-year span was a media event held on October 29, 2009 (which I was lucky enough to attend), where Disney gave details about the ships’ features and design. Let’s compare what was announced in 2009 with what the ships actually look like. Did what was initially announced match what happened onboard? 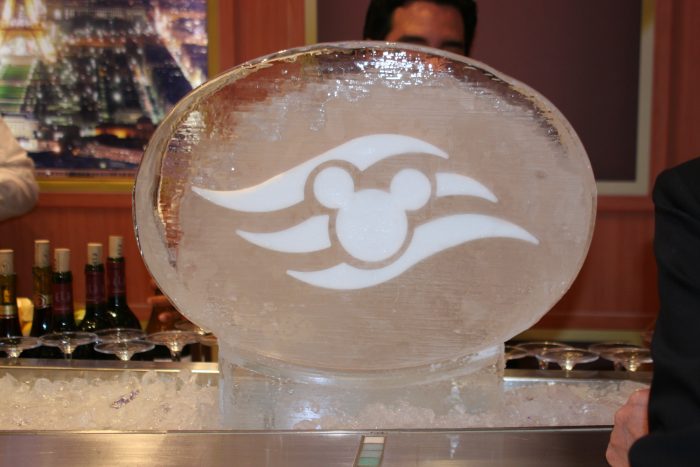 But before we get started, here are Disney bigwigs Bob Iger and Jay Rasulo looking dapper at the event. 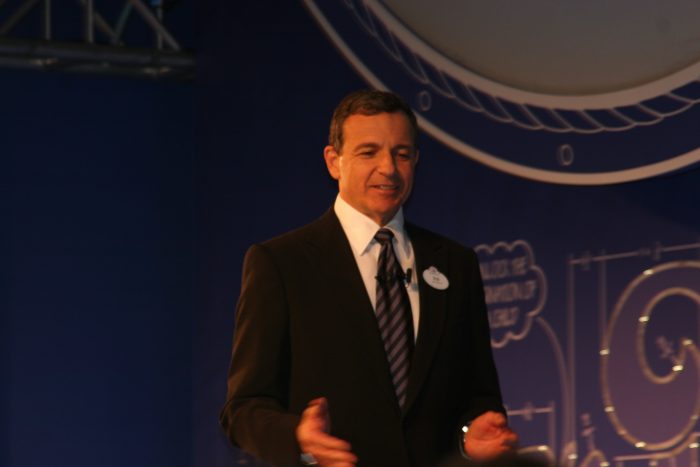 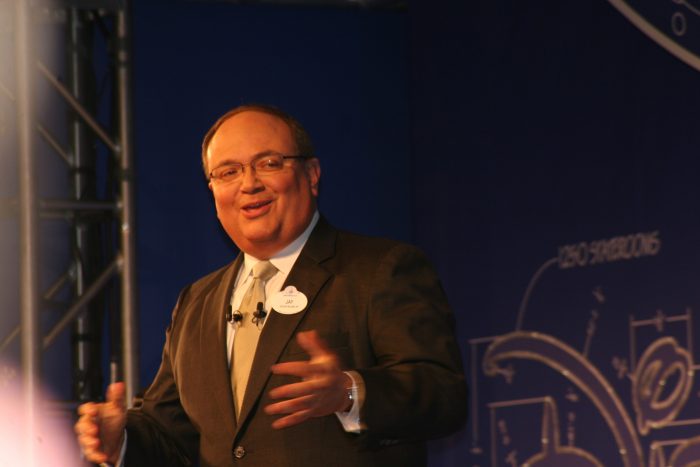 Here we see the first looks at Dream-class stateroom decor: a vision board for soft goods and furnishings, and an inside room model with a virtual virtual porthole.

Compare this first look with what’s on the ship today.

This was the vision board for the Walt Disney Theater.

This is the Walt Disney Theater today.

The first look at Animator’s Palate on the Dream showed dishes similar to that of the Animator’s Palate restaurants on the older ships, the Magic and Wonder, as well as the introduction of the interactive dining room screens featuring Crush.

This is how Animator’s Palate was realized.

Enchanted Garden was a totally new concept for the Dream class, not a reimagination of something found on existing DCL ships.

And this is Enchanted Garden now.

The AquaDuck was the most exciting thing at the media event. The Mickey Slide was also a big hit with attendees.

The Mickey Slide and AquaDuck today.

The concept for the Evolution nightclub was based on a sophisticated butterfly.

Changes in lighting can alter the appearance, but the look today is much the same as the original idea.

In 2013, Pink looked very much like the concept design, with ornate armchairs.

A few years later, the chairs were simplified and the color made a more uniform, well, pink. The light fixture stayed the same.

Donald rules the lobby atrium. Here is the 2009 model, compared with Donald in the Dream lobby today.

There was a display of DCL robes at the 2009 media event. Currently there are only robes in the concierge rooms, or you can buy one at the gift shop.

A 2009 model ship got a lot of attention from the press.

The actual ship looks much the same. One of my favorite details, seen in the second model photo, is the checkerboard design on a deck at the bow. This was realized in the outdoor pool deck at the Vibe teen club.

At the 2009 media event, the entertainment option most heavily promoted was a headliner show called Villains Tonight. This show did indeed run as expected, but it aged poorly and was removed from the Dream in 2017 (and from the Disney Magic in 2015).

Villains Tonight is the only major aspect of the Dream’s mid-point press event that is not still represented on the ship ten years later. Overall, the ideas presented to the media were accurate to what would eventually be realized on the ship. Disney concept art is not always quite so spot on.

The Triton class ships are scheduled to debut in 2021. If Disney follows the example set with the Dream class ships, we should see interior design elements released in the next few months. And if the pattern holds true, much of that presentation will accurately reflect what appears on the new ships.

What do you think of the comparisons? What would you like to see on the new ships? Let us know in the comments.