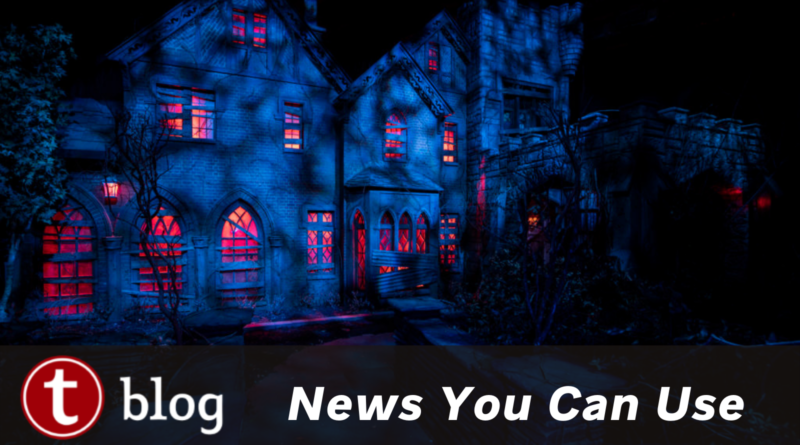 Halloween Horror Nights announcements have resumed after a spookily quiet summer. This year expect 10 haunted houses based on original concepts and popular intellectual properties. In addition to the previously announced Beetlejuice house will be two IP houses: Texas Chainsaw Massacre and Bride of Frankenstein Lives.

Based on the 1974 iconic movie, Texas Chainsaw Massacre takes guests through the Sawyer house as they try and escape Leatherface. Initial insider buzz on this house is very high and we expect this to be one of the most visually stunning houses Halloween Horror Nights has ever done.

Universal took their original Bride of Frankenstein movie and created a sequel in this haunted house. After the (spoilers) death of Frankenstein, The Bride takes matters into her own hands and attempts to revive him using the blood of Dracula’s brides. This house opened for a brief time in 2020 to rave reviews and we are excited to experience this house again.

Scare zone construction has begun in the Central Park and New York sections of Universal.  Over the next month, Universal will build more stages, install more props, and erect new lighting for the zones. If you are visiting during the day do not worry, during the day these scare zones are innocuous.

In a fun bit of cross-marketing, Universal is releasing limited edition t-shirts for each of the HHN major announcements. Currently, shirts for Haunting of Hill House, Jack the Clown, Bride of Frankenstein Lives, and Beetlejuice are available. Quantities are limited, but the shirts are also available online.

Which news are you most excited about? Let us know in the comments.