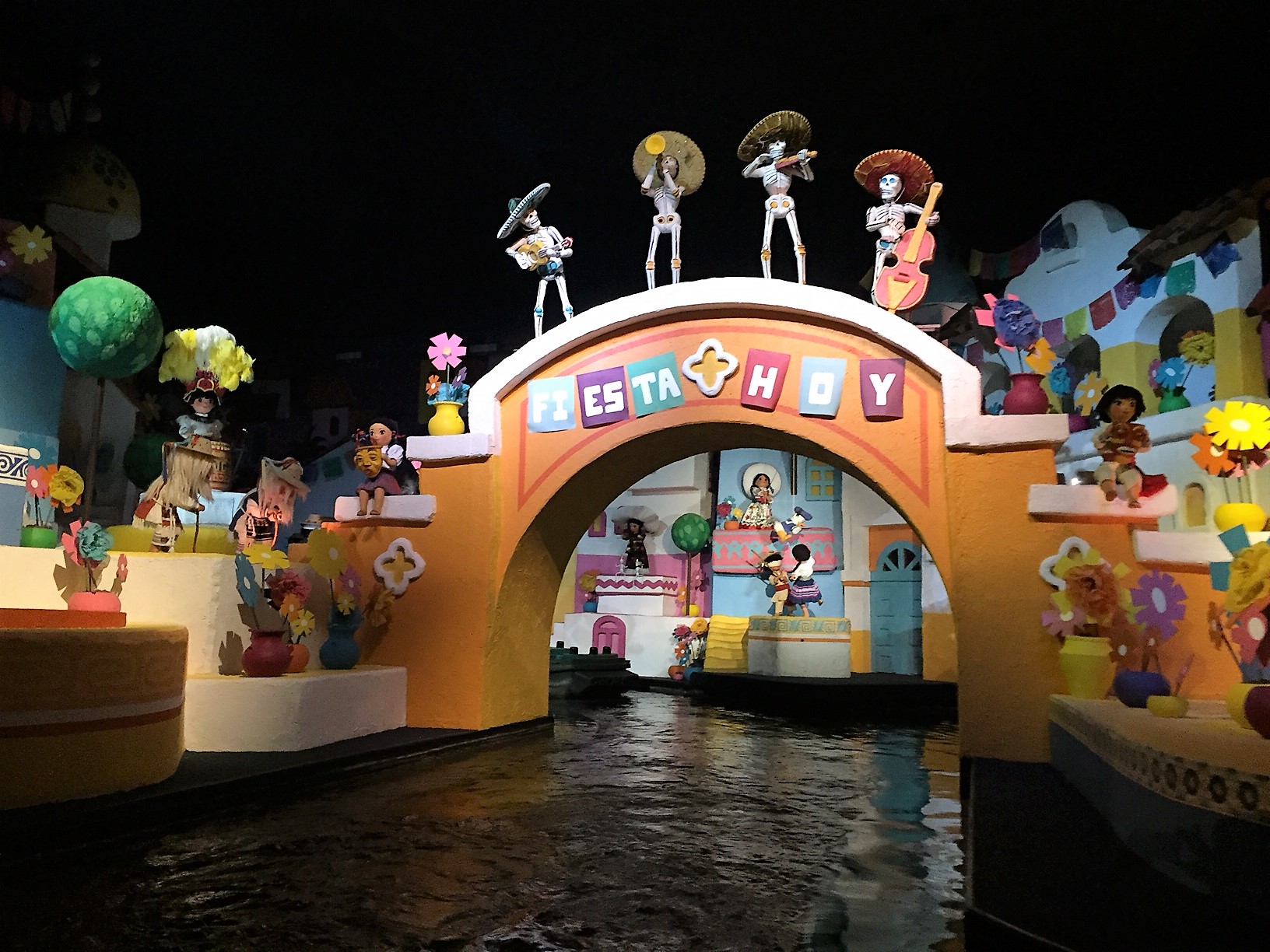 Happy Wednesday! Time for another round of Ask It.

All I can say is wow…. people really love boat rides in Epcot. With more than a thousand votes, there was one boat that left all others struggling in its wake.

Here’s the final results in order from least to greatest. Poor Friendship Boats. Not a lot of love for these boats, although considering that they are more transportation than attraction, at least they did get some votes. Running from Mexico to Germany and from Canada to Morocco, unless you happen to be the last person to jump on before they cast off, it is almost always faster to walk. That said, they’re a comfortable way to get out of the sun or rain and to conserve some walking strength at Disney’s most walking-intensive park.

With a nod to the handful of people who said they would vote for this if it were still Maelstrom, Frozen Ever After has a solid following, especially if you have children (or are a child at heart) who have a bit of Frozen Fever still going on. Wait times have gone down from the multi-hour queue death march when it first opened (of course that means no more free snacks while you wait), and the ride does seem to be a bit more stable. Some of the special effects are delightful to see, and the ride is just the right length–not too long to be annoying, but not feeling quite as abrupt as the Little Mermaid ride in Magic Kingdom. Even if it isn’t on your list to do every time, it is worth doing every now and then.

Alas, Donald Duck is not #1 here. Recently, I dug up an old video of the original Mexican boat ride, El Rio del Tiempo, to show my daughter. Nostalgia is a very powerful force, because looking at it, I had forgotten how campy it was. And although you can argue a bit about how Gran Fiesta Tour only features one character from Mexico, it’s fun and gives a very brief overview of a tourist’s view of Mexico. Adding the Three Caballeros audio animatronics to the end of the ride really was a wonderful idea. It is great to see them in use, and for people who have ridden the ride in the past, there’s audible gasps when they see that for the first time. But probably my favorite part of the ride has remained intact from the original–the view of the pyramid on one side and the restaurant on the other. It’s so tranquil and relaxing there. Speaking of food and drink, a few people said that they could have their votes swayed to this one if you could bring margaritas on board the ride…. all in the name of theming, right? But the big winner, with more than half of all the votes, plus additional votes in the blog comments and on Facebook is:

This ride changes more frequently than any other in Epcot, due to the changing crops in the greenhouse section, and it has had other minor changes as sponsors have come and gone. But fundamentally, this ride is the same as it was when Epcot first opened. You learn about the land, and then you tour a greenhouse. And yet, it is that classic Epcot “edu-tainment” vibe that makes this attraction so incredibly popular. You see new things and you learn things, whether you are five, fifty, or ninety-five. Coming off the ride, you are wholly convinced that you could set up your own hydroponics farm in your backyard and maybe throw in some fish farming (or aquaculture) on the side. Even if you don’t like plants, there’s just something cool about this that makes them exciting to see. I think that if there is a time to revisit Future World, Living with the Land provides a good template of what people want to see. You don’t need every ride to be technologically advanced or full of thrills. You just have to get people feeling involved in some way with a ride that has something for everyone. And that wraps up this week’s Ask It. Agree? Disagree? Feeling sorry for the Friendships? Feel free to sound off in the comments. In the meantime, here’s next week’s poll, now live on Twitter.

We’re off to Magic Kingdom for this what if question:

If you could visit only one land in Magic Kingdom for a full day, which land would you visit?

The attractions…the food…the best napping places. What’s your pick? Vote now on Twitter, Facebook, or in the comments here, and we’ll have your results next week on Ask It!

25 thoughts on “Ask It: Best Boat Ride in Epcot”