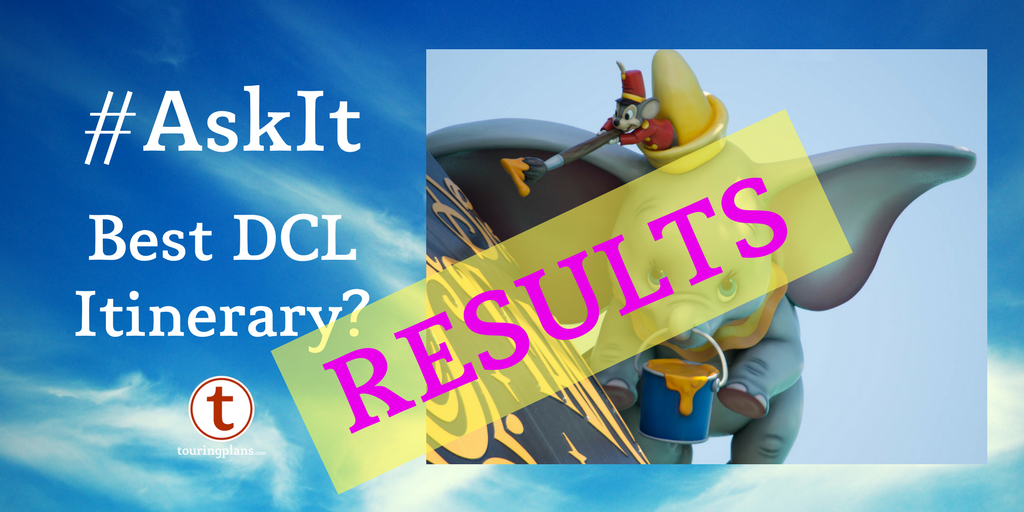 Let’s start from the top:

These are probably what most North Americans think of when they think about a cruise. Sun and fun, islands, beaches – what’s not to love? Disney agrees with you too. Disney Cruise Line sails the Caribbean and the Bahamas year round, and on all four ships. Your choices range from 3-night getaways to 11-night adventures. And most include a stop at Castaway Cay. Because Caribbean cruises are a bit of a commodity, they tend to be somewhat competitively priced (for Disney). On the down side, these cruises can get old for the repeat cruiser.

Disney Cruise Line Caribbean and Bahamas cruises are very accessible for anyone from the Midwest, East coast, or Southeast. You can sail out of Port Canaveral, Miami, Galveston, and New York City for these cruises.

Possibly the best way to visit Alaska is by ship. And if you’re sailing with Disney, that ship is the Wonder. For many cruisers, Alaska is the cruise they try next after the Caribbean. With breathtaking scenery and opportunities for excursions you won’t find other destinations (dog sledding, anyone), we can’t say enough good things about Alaska cruises. The Wonder cruises Alaska in the spring and summer months.

Disney cruises to Alaska leave from Vancouver and range from 5 nights (not long enough in my opinion) to 9 nights. One thing Len and I loved about our Alaska cruise was that the music was appropriate to the scenery (think Wilderness Lodge background music).

There are some cons to choosing Disney for your Alaska cruise. For one thing, DCL is significantly more expensive for this destination than other excellent cruise lines. And some cruisers may not feel Alaska is a as “Disney” as the Caribbean cruises. There’s definitely some hand-waving involved in the Freezing the Night Away Frozen theme nights (because while that works fine for the Northern European cruises, I’m fairly sure the people of Arendelle were not Inuit).

Pulling up the rear is Disney’s European sailings. Don’t get me wrong, the people lucky enough to have done them have nothing but good things to say about them. But the first thing I think with DCL’s European cruises is “wow, that’s expensive,” especially the Northern European ones. Add to that the cost for North Americans to get to their cruise, and you’re looking at a significant investment.

The Magic spends its springs and summers in Europe and sails from Barcelona and Rome for the Mediterranean itineraries, and Dover and Copenhagen for the British Isles and Northern Europe. You can cruise on 5- to 11-night sailings with Disney Cruise Line in Europe.

Do you have a favorite Disney cruise? Did we leave off YOUR favorite, like trans-Atlantic, California Coast, Panama Canal, or New England and Canada cruises? Talk about it in the comments. And stay tuned to the blog for this week’s poll.